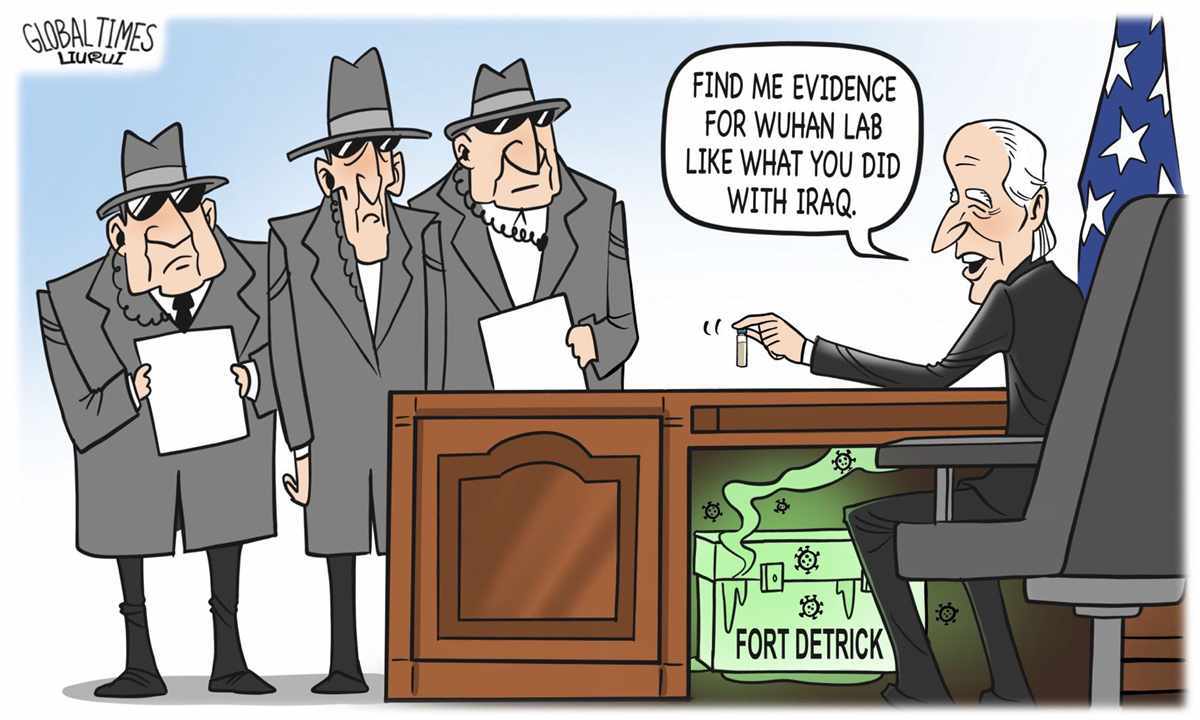 It is fully justified for China to reject the plan the World Health Organization issued last month for a so-called second phase study into the origins of the novel coronavirus in China.

The plan proves that the WHO has succumbed to the coercion of the United States, a country that is anxiously trying to scapegoat China for the pandemic in a bid to contain its rise, and deflect global attention from the US government's failure in pandemic control, as well as the slew of clues that indicate that there were COVID-19 infections in the US much earlier than in China.

China has already cooperated twice with international experts of the WHO conducting field research in the country. And in the report the WHO published in March, the organization concluded that a leak from the virology lab in Wuhan was "extremely unlikely" to be the source of the pandemic, and suggested that the future research should focus more on earlier cases appearing around the world and cold chains as channels for the virus' international transmission. These should be taken as the starting point for a second phase of the origin-tracing efforts.

In May, the WHO released an evaluation report on the world's response to the pandemic. Although it does not identify countries, it is not difficult to know which countries the report refers to when it states that the countries playing down the value of science have not built up the public's confidence in their response measures, pushing their infection and death rates high.

It is absurd that the US openly defies these reports and coerces the WHO to hold China accountable with the presumption of guilt in defiance of the international community's opposition. No wonder that shortly after the phase two origin-tracing plan was proposed, 48 countries, apart from China, sent messages to the WHO opposing the attempt to politicize the scientific research, urging the organization to trace the origin of the virus worldwide.

While the Delta variant is stoking a resurgence of the pandemic around the world, it is high time countries stood together to fight their common enemy, and be wary of the US' divisive and selfish moves.