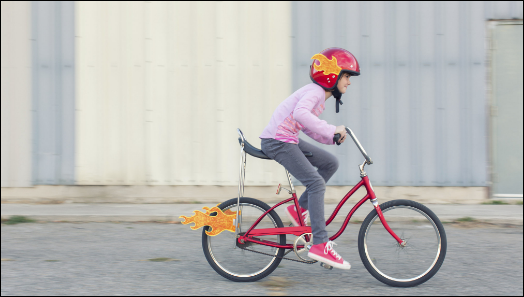 “Do you still recall the excitement you felt when you received your first bicycle in your life?” At the hearing held by the Office of the United States Trade Representative on August 20 in Washington on tariffs on 200 billion dollars worth of Chinese imports to the US, Bob Margevicius, board member of the US Bicycle Product Suppliers Association, started off his presentation by reminiscing on his childhood.

“A bicycle is more than just a frame and two wheels, it’s the source of freedom and the starting point of adulthood. Such simple happiness should not fall victim to trade disputes,” he said.

The trade disputes he was referring to were triggered by the US. In recent months, the American government has been waving the big stick of trade protectionism. After announcing an increase in import duties on steel and aluminum products on around 50 billion US dollars worth of Chinese merchandise, it has also threatened to increase tariffs on a further 200 billion dollars in products.

Margevicius said in an interview with Xinhua News Agency after the hearing that “the entire American bicycle industry will feel the impact.”

According to the list of the US$200 billion in products released by the US to be subject to increased tariffs, assembled bicycles, components and safety accessories will all be subject to a tariff rise of 25%.

Statistics from the US Bicycle Product Suppliers Association show that the US imports from China 15 million assembled bicycles worth US$1.1 billion; over $300 million worth of bicycle components, including inner tires, cover tires, seats, handles, etc; and $100 million worth of safety accessories such as helmets, lights and child trailers.

“In short, most assembled bicycles, components and safety accessories in America come from China,” said Margevicius. “Increasing tariffs on them would deal a deadly blow to the American bicycle market, endangering not only the tens of thousands of jobs in bicycle factories around the country, but also thousands of bicycle shops here.”

He further explained that if the 25% tariff increase comes into effect, bicycle prices will soar and could lead to a drop in sales of at least 15% and cause shops to go out of business as a result.

The hearings will last for six days. The hearing mentioned above was the first in a series by the Office of the United States Trade Representative, attended by representatives of industry associations and enterprises from over 60 industries including luggage, garments, food processing and semiconductors.

They talked about the impact caused by an increase of American tariffs on Chinese imports and made requests for their respective industries or enterprises to be exempt from the increases.

Margevicius told Xinhua that the cluster effect is very critical for the manufacturing sector. For the bicycle industry, China is where the industrial cluster is located, with strong competitiveness in costs, efficiency and labor force. “A bicycle has over 200 component parts, and changing production sites would cost years of time and a large amount of money. Moving production back to the US is even more difficult, considering the high costs.”

Matt Moore is the legal counsel for a bicycle parts distributor in Minnesota. He said that the bicycle industry in the US has always been very stable. Yet the tariffs that the US government has proposed are worrying for the industry. If the tariff increase comes into force, the production costs for the firm he works for would increase by 5 million US dollars. “We have no choice but to pass on that costs to the retailers and the consumers.”

“Many people rode bicycles all the way from childhood through adolescence to adulthood,” said Margevicius. “We don’t want them to lose the pleasure of riding bikes. John F. Kennedy, former president of the US, once said that there is no purer joy than riding bicycles.”