OPINIONS Does Blinken know what the rule of law is?

Does Blinken know what the rule of law is? 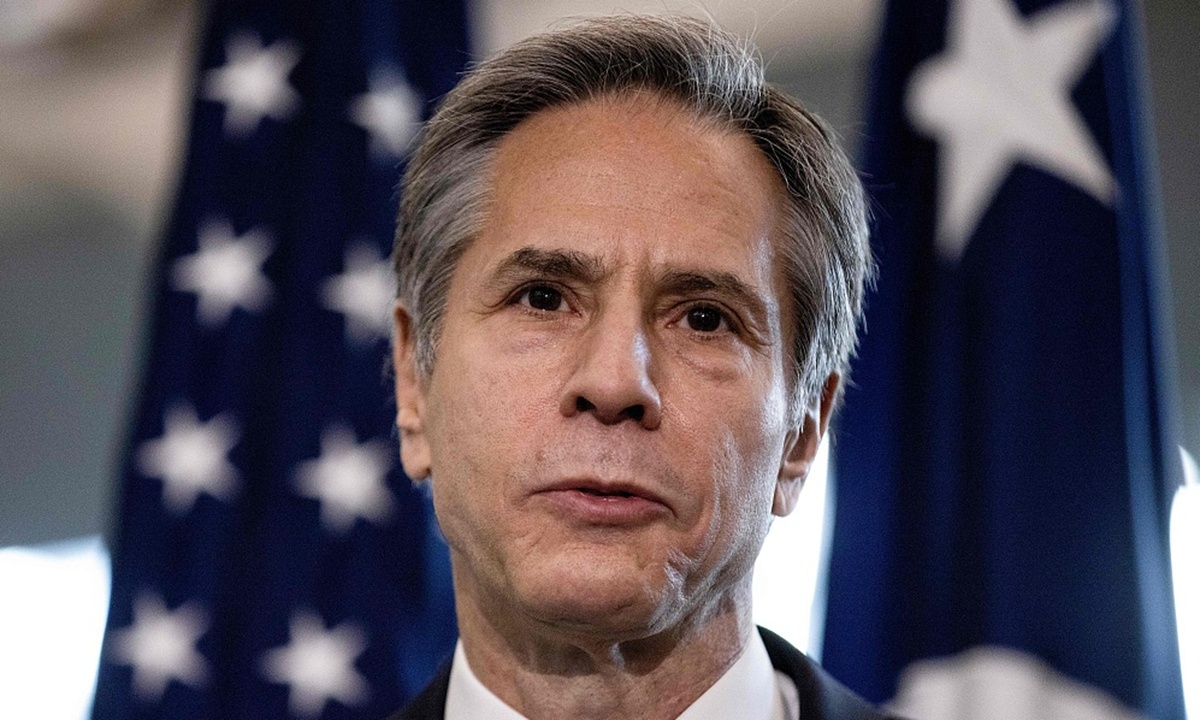 US Secretary of State Antony Blinken pointed his finger at Hong Kong affairs again on Friday. He raised a very ridiculous request on Twitter demanding "all those imprisoned for nonviolent exercise of guaranteed freedoms should be freed immediately." We cannot help but want to ask Mr Blinken: Do you know what the rule of law is?

Hong Kong is a society under the rule of law. Verdicts of the judiciary should be respected. Besides, the case is in fact very simple and it is not legally controversial. Joshua Wong Chi-fung and others have already pleaded guilty. The facts of the case that have been made public show that the four defendants knew well the rallies were "unapproved," but they still participated, dressed in black, chanting political slogans and inciting chaos on social media platforms. Wong is a notorious Hong Kong secessionist, and the other three were Hong Kong district councilors when they committed the crimes. They took advantage of their positions to commit premeditated crimes deliberately and blatantly violated the law. They must be given a "deterrent punishment."

The judge of this case said that Wong and others were repeated offenders, and didn't give any indication of repentance. Although they pleaded guilty, they shouldn't be sentenced lightly.

Wong and the others all have defense lawyers. The judgement was made by the judge of the Hong Kong court based on the city's established judicial procedures as well as laws and regulations. The Hong Kong Special Administrative Region government hasn't intervened in the trials from the beginning to the end. Mr Blinken, you demanded Hong Kong release these criminals, doesn't this violate the principle that executive power shouldn't interfere with the judiciary? As an outsider, on what ground are you asking the Hong Kong court to change the verdict?

Does Blinken really have no legal common sense? Such a possibility is very small. We can only conclude that Washington, represented by people like Blinken, doesn't respect the rule of law in Hong Kong at all, nor does it care about whether the city's stability and prosperity are undermined. What they truly care about is that they have to try their best to maintain their political leverage in Hong Kong and make the city a "card" that they can play at any time.

Hong Kong was in such chaos two years ago, but the US referred to it as a "beautiful sight to behold." Now Hong Kong is trying to set things right, but met with various criticisms from the US. The situation in Hong Kong has reversed in such a short period of time, which surprised Hong Kong secessionists and foreign forces. These wild forces are now disintegrated - some have been arrested and some fled. They are a group of ungrateful rabble. The changes in the situation of Hong Kong will make Washington depressed and frustrated.

Without planted agents, the wind from the other side of the Pacific cannot create waves in Hong Kong. The violent forces who got swelled heads made Hong Kong descend into turbulence, but made more Hong Kong people realize that if the situation continued on like this, Hong Kong would have been ruined. There are increasingly more people supporting the central government and the Hong Kong government to adopt strong measures to stop violence and chaos. The public support the secessionists obtained through incitement and deceit is waning, and their days are numbered.

The key is that the country is the backbone of Hong Kong. The central government will not allow these rioters to do whatever they want and will not allow external forces to destabilize Hong Kong. Neither the US nor the UK has the means and strengths to provide the expected support for Hong Kong secessionist forces. They don't even have a moral excuse. From this perspective, Blinken's interference in Hong Kong affairs is powerless and vile.