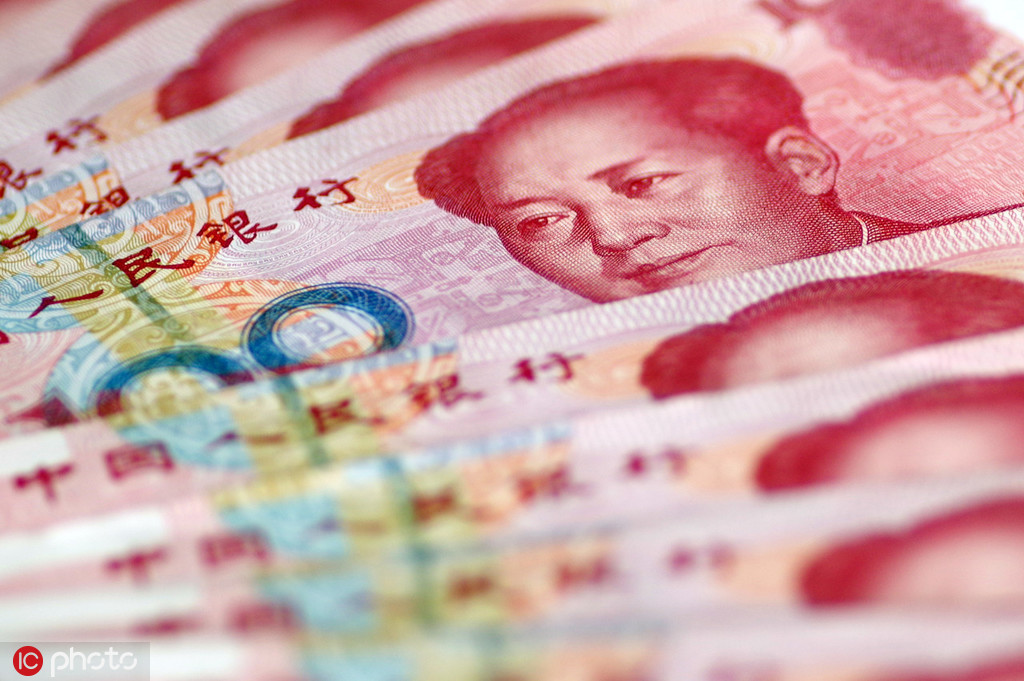 By labeling China a "currency manipulator" following Washington's threat to impose 10 percent tariffs on another $300 billion of Chinese goods from Sept 1, the US Treasury Department has dealt another serious blow to bilateral ties.

The United States has labeled China a "currency manipulator" even before. But in the current context, it reflects the US' intolerance of the existing world order, and international trade and economic rules which are different from its own.

From a planned economy, where foreign exchange was tightly controlled, China began to open its foreign exchange market by experimenting with "swap centers". On Jan 1, 1994, the Chinese government removed the official peg of the yuan and allowed it to float freely, which reflected its market value as determined by a national average based on the different rates of the "swap centers" across the country.

To further consolidate the foreign exchange system, the government established the China Foreign Exchange Trading System, China's first inter-bank, in Shanghai on April 18, 1994. Since then the yuan's official rate has been based on actual daily inter-bank trading.

China built the currency market step by step based on pragmatic policies while solving the problems and challenges that emerged along the way, without giving play to any ideology. The Chinese government used only pragmatic policies to build its foreign exchange reserves and prevent the yuan's devaluation, which widened the scope for currency trade without opening the door to the risks associated with convertibility.

China has a currency stabilization fund which helps it to maintain market stability, if and when necessary, but, contrary to what the US claims, it does not manipulate the yuan's value or the foreign exchange market. There's probably more manipulation going on in Wall Street these days, which should be clear to those following the global financial market. The fact that one country's leader can manipulate markets with a single tweet should leave financial analysts nonplussed, to say the least.

Consequently, the same US institutions that label China a "currency manipulator" insist that the yuan cannot be a global reserve currency unless it becomes fully convertible. But the process of convertibility would differ in accordance with China's development process. The key therefore is to first globalize the yuan and then make it fully convertible.

This can be achieved through the same gradual approach which China adopted to usher in market economy, merging two types of economic systems into one and creating a new economic development model, which reflects Chinese characteristics.

For instance, China should first have direct agreements with key countries that are part of the Belt and Road Initiative where China has made huge investments in infrastructure to use the yuan to settle transactions. Such direct exchanges would help the yuan avoid going through the convertibility process of global financial institutions that runs through banks in New York and London, and China could circumvent the US-dictated processes of currency convertibility and foreign exchange reserve maintenance.

Expanding a number of bilateral currency swap agreements with Belt and Road countries, focusing first on countries in Central, Southeast and South Asia, and gradually expanding the bilateral currency swap band will allow the yuan to globalize naturally without having to be made suddenly convertible. This controlled convertibility of the yuan within a band of existing economic alignments and arrangements is consistent with the use of a currency within a controlled space and framework.

More importantly, it would defy all Western economic theories of currency convertibility, the same way as China's development model has defied all perceptions and theories of economic development. Washington knows China is following this process to globalize the yuan, and that's why it has launched the trade war against China and accused it of being a currency manipulator.

The author is founding director of Himalayan Consensus and an international research fellow at the Center for China and Globalization. The views don't necessarily represent those of China Daily.