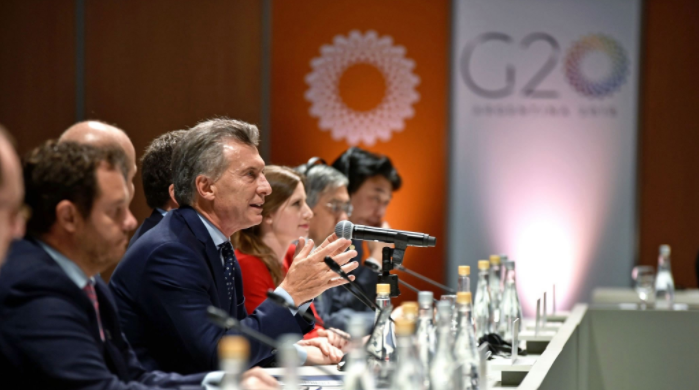 US Treasury Secretary Steven Mnuchin was sent to the G20 Summit in Buenos Aires in Argentina this week by President Donald Trump to build an alliance with “like-minded” countries to confront China’s so-called trade and investment policies. But he certainly got more than what he bargained for.

It turns out that the “like-minded” countries, including China, banged together to teach the United States a lesson on free trade. Mnuchin found himself like a Don Quixote facing a hostile crowd, having to defend Trump’s punitive tariffs on steel and aluminum. He said trade war is not America’s goal, but it is not afraid of it.

I scratched my head and wonder: Who in the world is likely to wage a trade war other than his constantly fuming boss back at home in the White House?

The G20 Summit is the annual gathering of finance ministers and central bank governors of the world’s 20 biggest developed and emerging economies. Usually such gatherings would be focused on discussions about the global economic outlook, capital flows, financial regulations, and how to stop corporate tax avoidance. But this time the agenda is all dominated by the subject of free trade, against the background of a series of protectionist moves by the US government, particularly the recent 25-percent and 10-percent punitive tariffs respectively on steel and aluminum imports.

“I am seriously concerned that the foundation of our prosperity – free trade – is being put at risk,” German Finance Minister Olaf Scholz said yesterday.

In fact, Germany and China have already reached agreement on their joint stance on free trade going into the G20 Summit. On March 17, German Chancellor Angela Merkel and Chinese President Xi had a long telephone conversation to discuss basically two issues. One is with respect to overcapacity in world steel markets. It is reported that they agreed to work on solutions to overcapacity within the framework of the G20. Both countries stand to suffer from Trump’s steel and aluminum tariffs, although China has a much smaller share of the world’s exports of steel to the US at only 2.2 percent.

The other more important issue discussed over the call is with respect to both countries’ unswerving commitment to multilateral institutions such as the WTO. This is extremely important against the prospect of Trump’s seemingly accelerating shift away from multilateral action and institutions in governing global trade. China and the European Union are now the only forces that can stem the roaring Trump stampede to crush the WTO.

Canada and Mexico are fighting with the US on NAFTA. America’s European allies are prepared to retaliate if they are not exempted from the steel and aluminum tariffs. America has never been so isolated on world stage, thanks to Trump and the posse of xenophobic nationalists and localists around him. The America First policy is now turning into an America Alone corner.

We could have entered into 2018 as a good year economic-wise on a global scale. US economy was going strong with close to four-percent GDP growth in 2017. China had a stellar year too at 6.9 percent, much better than the projected 6.5-percent target. Europe is finally showing signs of strong recovery. Global trade, at last, is also coming back after years of stagnation. Unemployment is at an all-time low in many countries. Yet, this entire rosy outlook is now spoiled by a Smoot-Hawley agenda that ultimately hurts American people and the people around the world. This is very, very sad.