OPINIONS Don't cry for me, Venezuela

Don't cry for me, Venezuela 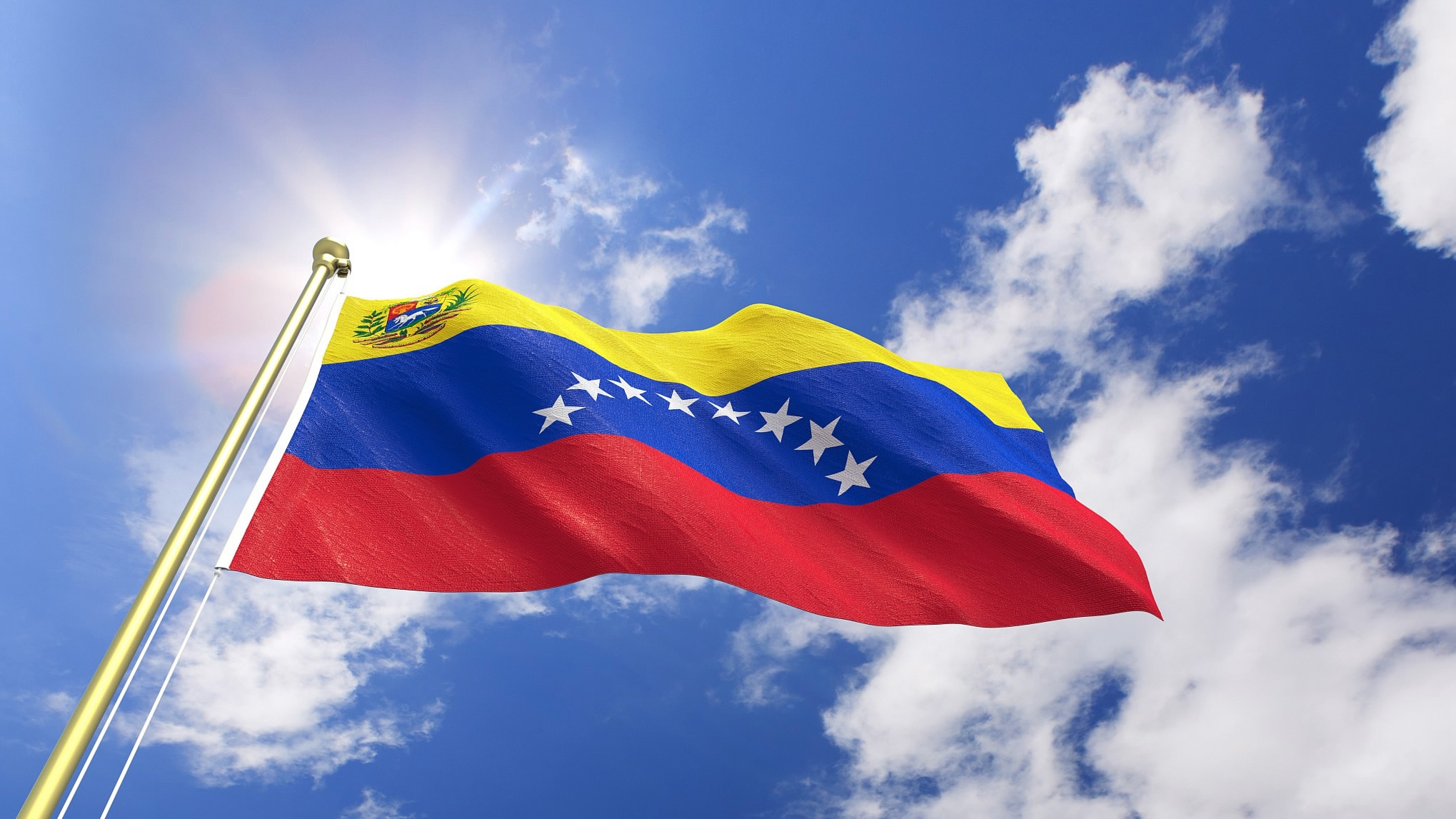 The Venezuelan presidential election will take place on May 20.

Venezuela is well-known for its huge oil reserves and beauty pageant winners. Sadly, in the last decade or so, the South American nation has also achieved fame for a more dubious reason. If you mention “Venezuela” in a word association game, the next word many people will say is “crises”.

Political confrontation between the ruling party, Partido Socialista Unido de Venezuela (PSUV), and the opposition parties have been so entrenched that street protests and demonstrations are a now a regular part of Venezuelan life.

The economy has been in terrible shape for several years, resulting in shortages for many kinds of goods, including food and medicine. People often need to stand in long queues for hours to get basic goods, if they are lucky enough the goods are still available.

Undoubtedly, with the ongoing political and economic crises, social harmony is nowhere to be found. Crime rates are steadily rising.

Venezuelan President Nicolas Maduro, gestures during a meeting with the international observers for the upcoming May 20 election, at the Miraflores presidential palace in Caracas on May 18, 2018. (Photos: VCG)

According to the UN, nearly 800 Venezuelans are fleeing to Brazil each day in search of food, safety and any kind of employment. Their life in Brazil seems to be more promising than in Venezuela. According to Xinhua News, one third of the Venezuelans in Brazil today have university degrees, which is much higher than the average educational level in Venezuela.

The United Nations High Commissioner for Refugees, along with some international organizations and NGOs, has stepped in to deal the situation.

Causes of the crises are two-fold: On the one hand, the government’s economic policy is not friendly to investment and there have been real mistakes made in managing the economy; on the other hand, the opposition has been trying its best to oppose any government policies irrespective of their merits. No less important is the interference of external forces. US President Trump has toughened economic sanctions and even threatened to send troops to "maintain order". 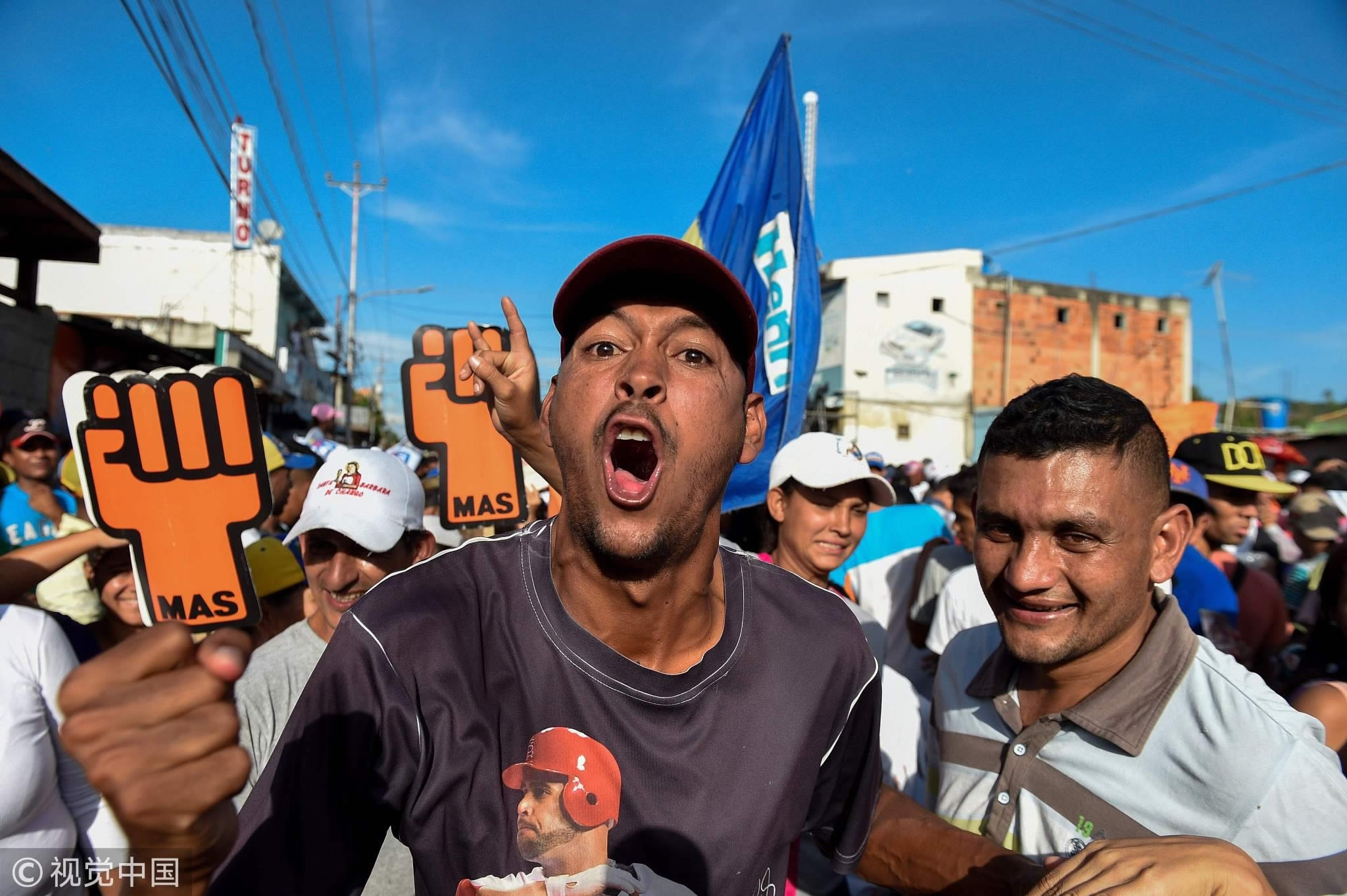 Supporters of Venezuelan opposition presidential candidate Henri Falcon attend the closing rally of his campaign ahead of the weekend's presidential election, in Barquisimeto, Lara state, Venezuela on May 17, 2018.

Under these circumstances most observers think Maduro will win the election very easily. The important question however is: What will happen after the election?

There are two scenarios: one is optimistic and the other is pessimistic.

Optimistically, President Maduro will sit down with the opposition at the negotiation table. Both sides will make political compromises, reaching a consensus for the nation’s future. With the ensuing political stability, the government will adjust its economic policies to stimulate investment and pursue a strategy of diversifying the economy by reducing dependence upon the oil sector and promoting manufacturing and agriculture. The ordinary people will keep calm and the “street politics” will die.  The Venezuelans with badly needed skills will remain in or return to the country. And, social order will become a reality.

However, the more likely scenario is the pessimistic outcome: Accusing Maduro of winning the election with fraud, the opposition might step up its antagonistic approach towards the government. The National Assembly, or “Asamblea Nacional” in Spanish, controlled by the opposition since January 2016, would continue to fiercely compete with the controversial new Constituent Assembly, established by Maduro in August 2017. President Trump will toughen US sanctions against Venezuela, although it is improbable that US military force would be sent in. The economy is unable to go out of the woods, lowering people’s living standards and reducing Maduro’s political base. Social disharmony will continue to worsen. And finally whether or not the military would leave their barracks to lend Maduro a “helping hand” to restore order is anybody’s guess.

Let's cross our fingers that people will never say “Don’t cry for me, Venezuela.”