Editor's note: Bai Tian is the ambassador of the People's Republic of China to Malaysia.

This novel, telling stories of young men and women and their subtle feelings and emotions, impressed me most with its lesson of pride and prejudice can be major obstacles that keep people from judging and treating each other fairly.

This lesson may also apply to relations between nations. Honesty and sincerity will win you good friends, yet cheating and blackmailing can only produce enemies. This is a lesson human history has witnessed recently and no one should forget. 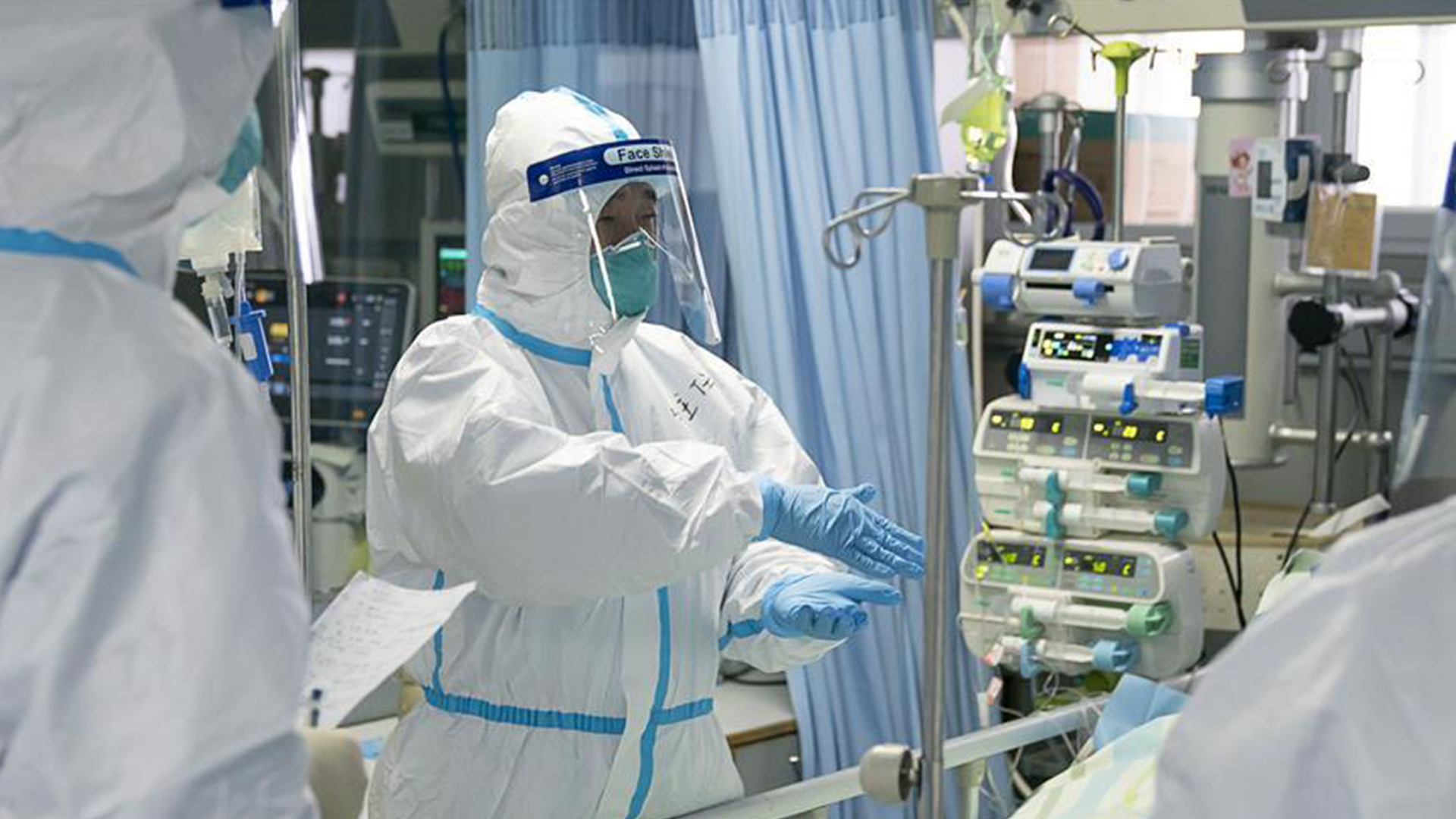 The beginning of 2020 shocked the whole world with an unanticipated outbreak of COVID-19, spreading all over the world almost overnight. Ever since the outbreak, I have been keeping a close eye on its development every day, worried and concerned about the situation in China and for the people who are infected.

These days, I often have difficulties falling asleep at night. Though a little bit relieved about the situation in China, I do not feel cheered up at all because things seem to have undergone dramatic changes recently, the combating of COVID-19 has evolved from a “people’s war” in China to a “global war” in the world.

What is relieving and encouraging to me is that things are getting better day by day in all parts of China, including Hubei Province, the most severely hit area of the pandemic, and we are seeing the light at the end of the tunnel.

Yet, what worries me is the rapid spread of the virus all over the world. Up until 5 pm on March 12, 117 countries and regions outside China have been hit by the pandemic, with 44,067 confirmed cases and 1,440 deaths. On the night of March 11, WHO Director-General Dr. Tedros Adhanom Ghebreyesus announced that “the COVID-19 can be characterized as a pandemic” and he is “deeply concerned both by the alarming levels of spread and severity, as well as by the alarming levels of inaction (of some countries).” Dr. Bruce Aylward, head of the WHO-China Joint Mission on COVID-19, recently said, and I quote, that “Now that cases (outside China) are picking up, and my phone is ringing much more. People are saying: How did China do that? What did they do exactly? What can we do?”

And his answer is simple: China’s counterattack can be replicated, but it will require speed, money, imagination and political courage.

Since the pandemic outbreak in Wuhan in mid-late January, the Chinese government has been decisive and resolute in taking the most stringent and comprehensive measures to curb its spreading. A series of measures have been taken, showing clearly to the world China’s keeping to its commitments as a responsible major power in the world, the professionalism and devotedness of Chinese medical workers, and the resilience and self-discipline of Chinese people.

These measures include the quick and decisive lockdown of Wuhan, fast construction of mobile cabin hospitals, nationwide coordination and dispatch of resources to Hubei Province as well as the close-off management of residential communities in other provincial and municipal units across the country in accordance with their own situations.

On February 24, a report issued by the WHO-China Joint Mission on COVID-19 has pointed out that, in combating this novel virus, China has adopted “the most ambitious, agile and aggressive measures ever taken in history, probably preventing at least tens of thousands even hundreds of thousands of cases, making itself the solid frontline in defending mankind against this virus”.

China has paid a huge price as a consequence of this, suffering from a huge loss in both human and material resources, yet saving the whole world a bigger loss and damage. Dr. Aylward, touched by Chinese people’s sacrifice, said emotionally that “to the people of Wuhan, it is recognized that the world is in your debt.”

While China is busy combating the virus, there are some unkind and discordant noises in the air.

There are the ones who played the old trick of naming and shaming China. Some Western media intentionally named the COVID-19 as the “China Virus” or “Wuhan Pneumonia”; some anti-China US politicians made up a fancy story that COVID-19 is the biochemical weapon leaked from labs in Wuhan; the US Wall Street Journal referred to Chinese people as the “Real Sick Man of Asia”; the German Der Spiegel had a cover article with the title “Coronavirus, Made in China”; an American TV host even arrogated that since “the coronavirus originated from China”, China should say sorry to the rest of the world.

Dr. Michael J. Rhan, executive director of WHO Health Emergencies Program, pointed out that, “coronavirus are a global phenomenon; they exist on a global basis. It’s an unlucky accident of history or nature that they emerge in a certain place and it’s really important that we don’t start to ascribe blame to geographic origin and that we look at this in terms of how we respond, how we contain and how we stop this virus.

Dr. Zhong Nanshan, a topnotch respiratory expert and an academician of the Chinese Academy of Engineering also said that, the pandemic initially breaking out in China does not necessarily mean that it originated from China. No matter where this virus came from, China, like any other affected countries, are all victims of this virus, and are facing the same unprecedented challenge of fighting this pandemic.

A group of 27 prominent public health scientists globally, including Mr. Lam Sai Kit, a renounced public health expert from Malaysia, have signed a statement strongly condemning conspiracy theories suggesting that COVID-19 does not have a natural origin, leaving those who invented the conspiracy a laughing stock of the whole world.

Some media pointed out that back in 2009, H1N1 first broke out in the US, then spreading to more than 214 countries and regions, causing thousands of deaths. Should these countries and people ask the US to apologize for that?

There are the ones who take pleasure in China’s misfortune. Some foreign media, turning a blind eye to China’s strenuous efforts and great sacrifice made in this battle, have kept disparaging and defaming China, either out of misperception or on purpose. They even have used words with apparent allusion to racism in their publications, which dismayed and upset Chinese people, and aroused resentfulness and even indignation among readers of many other countries.

What is worse, some Western politicians, obsessed with the ossified political logic of “opposing whatever China is doing”, keep pointing fingers at China, even at this critical moment of the whole world being endangered by the virus.

Interestingly, China was criticized for being clumsy and inefficient before the lock-down of Wuhan; and accused as a violator of human rights and intruder of people’s freedom after the lockdown. In their world, China is just wrong in everything. Compared to the dreadful virus, the pride, prejudice and hatred, hidden deep somewhere in some people’s minds, are actually more vicious monsters, which are danger to all.

Just as the Philippine foreign minister Teodoro Locsin has said: “We must deplore the lies spread by governments and people who are stooping so low as to use a threat against all humanity as an instrument of geopolitical strategy. Shame on them.”

The pandemic is like a magic mirror, which tells true friends from false ones. What touched me most is the sincere concern and generous support given by people from different social circles of different countries. They have provided valuable and timely support and assistance in varied forms to China for combating the pandemic which Chinese people will always remember and cherish dearly. In Malaysia, the government, social organizations and individuals have offered their helping hand to China and Chinese people. Some have donated materials and money, some have composed songs and made videos to boost Chinese people’s spirit.

The donation can be priced yet the friendship in it is priceless. Every call of “China, stay strong”, every piece of aid, coming from our Malaysian friends, is a manifestation of true love and friendship, with the same spirit of the Malay idiom I like most-- “Bukit sama didaki, luruh sama dituruni”.

There is a Chinese saying which goes “You spare a peach to me, I give you a white jade for friendship.” This is exactly how Chinese treat friends. Chinese people cherish friendship, appreciate kindness, and always remember others’ help and support especially in times of difficulties. China will continue to fight against the pandemic with perseverance and resolution, making its due contribution to the global fight against COVID-19.

Now, China has shared its experiences and lessons learnt from its cooperation with the WHO and other affected countries, including the methods of medical treatments and ways of social mobilization in curbing the virus. Besides, China has sent expert groups, medical resources, and virus test kits to the most severely hit countries of Iran, South Korea, and Italy. Having the best knowledge of combating the pandemic, China has no hesitation in shouldering on its responsibility as the backbone of the global collective coalition of combating the pandemic.

This virus is a common enemy to all mankind. As a matter of fact, people of different countries have already formed a community of a shared future. Only unity and cooperation can be the most powerful weapon in defeating this pandemic. Now, all countries should work together to weave a global web to contain the spread of this virus.

To achieve this, we should rely on science other than blind faith, on cooperation other than prejudice. With the vicious virus enemy confronting all of us, there are different choices to make. Is it to offer a helping hand or give a hostile blow to others; to fight side by side with one and another or stand by waiting and seeing; to give support and solace to the injured ones or add insult to them? The right choice is easy to tell.

The main characters in Pride and Prejudice had a fairly happy ending, probably because they had finally given up their pride and prejudice. I hope that people in the real world can also realize and finally give up their obsessions, so that we can all head for the happy ending of winning the final victory of this global war against the pandemic in the near future.

The views and opinions expressed in this article are those of the author and do not reflect the policy or position of the People' Daily.