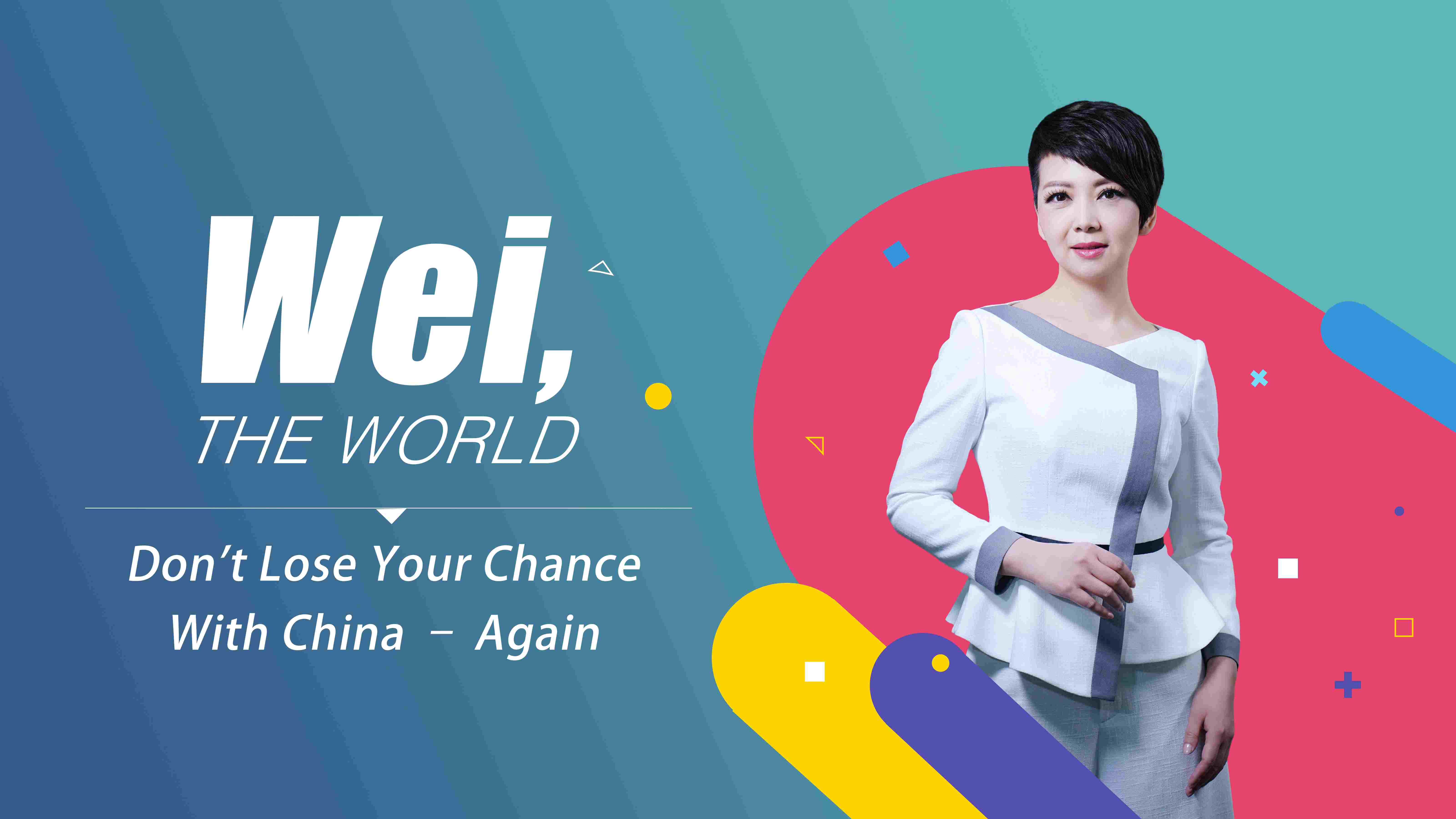 This week, Italy was the first among the G7 countries to sign up for the Belt and Road Initiative (BRI).

The memorandum of understanding includes 29 agreements between the two countries that were worth 2.5 billion euros, according to Italy. France, one of the leading voices in Europe, has rolled out the red carpet for the Chinese delegation as we speak. In late April, just a few weeks from now, the BRI Forum will take place in Beijing.

Various heads of states from economies of different sizes and shapes are going to join the discussion on win-win cooperation. European cooperation and the BRI forum are only part of the many things evolving all at the same time. As they say: Where there is no vision, there is no hope.

Obviously, different capitals are taking note of that and tweak their policies at a time of dramatic change. But make no mistake, it is nothing like the Cold War and it shouldn't be. Nobody enjoys being forced to choose sides or be dominated by others, with one after another, with to-do or not-to-do lists.

The world has become a different place where people aspire to be better.

At least we hope so. Rather than rolling back the Iron Curtain, people want a shared future. That's why a slogan like this – "shared future, converted action, common development" – becomes a brand name that attract many from around the world to brainstorm what's next. But one would not see the bigger picture without diligent observations.

One has to admit, many do have sharp eyes when it comes to their plan to work with China.

Starting from late 2018, Beijing announced a series of opening-up policies in the financial sector. Early in March, during China's annual political season, lawmakers approved the Foreign Investment Law. It is the first update of similar laws since the beginning of China's reform and opening-up four decades ago.

Most recently, the China Development Forum in Beijing, an annual gathering of top global Fortune 500 companies to update their understanding of China, has seen a 20 percent increase in attendance of international CEOs. Now in the tropical city of Bo'ao, the annual conference of the Bo'Ao Forum for Asia again emphasizes consensus from the region and beyond.

If you talk to participants of both conferences, many are talking specifically about how to best carry out the latest policies and how to do better together. One could argue it would be a pity to lose sight of all these, and the latest developments, and the gathering momentum, as they need to be recognized, encouraged and nurtured.

While China and US negotiators head back to talks this week in Beijing, they are taking constructive steps to build confidence. But that is not enough, given all I mentioned earlier.

This year celebrates the 70th anniversary of the founding of the People's Republic of China. Seven decades ago, many countries could not make their decision as to how to deal with the new country, particularly the United States.

There was even a question confounding policymakers in Washington at the time: Who lost China? That question has a lot to do with whether Washington was really sophisticated and diligent enough to pick up the changes going on in China. At the very beginning of China's reform and opening-up process four decades ago, a Swiss elevator company was the first to establish a real joint venture with China, not a company from the US.

Later, Deng Xiaoping made the most well-known tour to southern China in 1992.That visit is now believed by many as China making its attitude clear to the world that the country was serious in pushing for greater reform and to open up again. But American businesses and the administration were again slow to recognize the change and determination in the public, looking at those days in retrospect. I remember someone quipping "History never says 'goodbye.' History says "'see you later.'"

Let's hope, this time around, we are all smarter students of history, and do not lose China – with all its opportunities and visions– again.