OPINIONS Don't worry about China's economy, it is doing fine

Don't worry about China's economy, it is doing fine 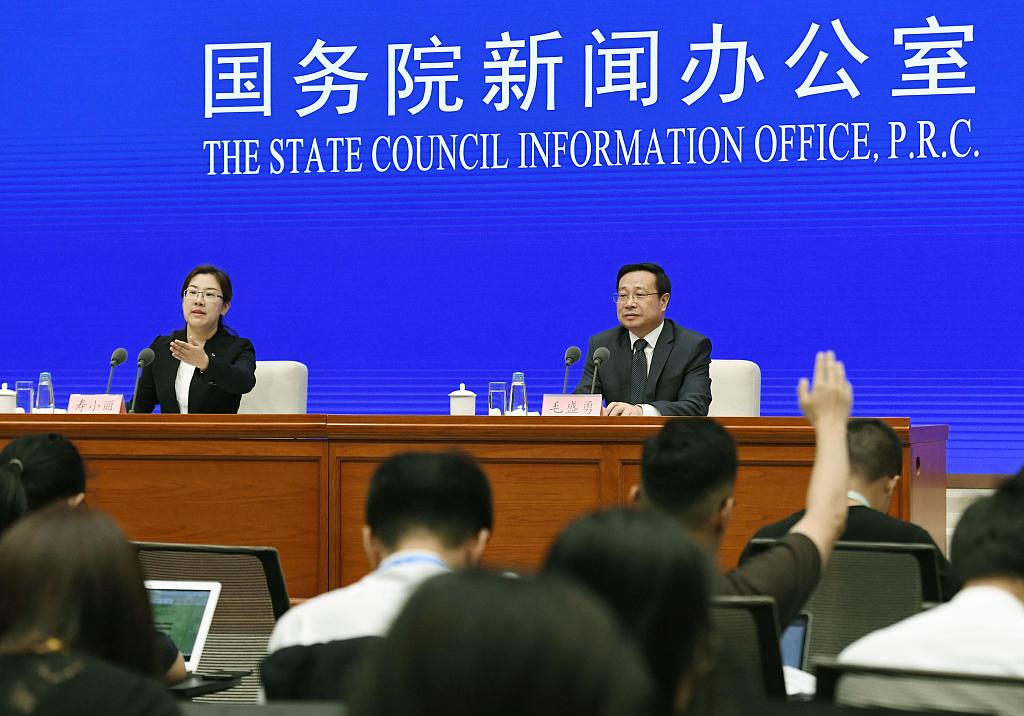 Lately, there were many reports coming out of the West, the US in particular, claiming that the China-US trade war is hitting the Chinese economy hard. Using expletives such as the economy is slowing down from 6.4 percent in the first quarter to 6.2 percent in the second quarter. The narrative probably explains US President Donald Trump's boasting that China "begs" him for a deal.

One problem with their analysis, however, is that the analysts used only "spot" instead of "trend" statistics. In this case, three months of data at most were cited. Economic statisticians will tell that economic activities, like business sales, fluctuate from one time period to another. To that end, "spot data" does reflect a true indication of what the reports implied.

It is true that Chinese exports to and imports from the US plunged, respectively, by 8 percent and 31 percent second quarter, according to the China General Customs Administration. However, Chinese total exports and imports increased by 6.1 percent and 1.4 percent respectively, culminating in total two-way trade rise of 3.9 percent in the first half of 2019. In this sense, the China-U.S. trade spat might be an aberration rather than a trend for China's international trade.

In the US, on the other hand, its May deficits with the world actually increased from 51.2 billion US dollars in April to 55.6 billion US dollars in May of this year, perhaps largely due to a surge in imports of 3.3 percent and softer export increase of 2 percent in the same period, according to the U.S.-based consultancy Trading Economics.

Western analysts also use a different standard in assessing economic performance between China and the US For example, they gave the US economy a "thumps up"when consumption grew slightly in the second quarter compared to the first. Yet, China's consumption increased of many times that of the US was "below expectation" or the softening of demand might not "rescue" the economy from the trade war.

The problem with that approach in assessing the Chinese economy is like "pushing China down to make the US look good", misleading US President Trump into believing that he's winning the trade war against China.

Moreover, the illusion of victory has emboldened Trump threatening to impose tariffs on more Chinese goods, prolonging the conflict and dragging the US, Chinese and world economies down further. What's more, China is hardening its position, and demanding Trump lifts all tariffs before an agreement to end the trade war could be reached would add to the problems.

The fact of the matter is that the Chinese economy is fundamentally strong, albeit encountering some headwinds because the US trade wars against the world have reduced the level of international trade which, in turn, reduced Chinese manufacturing activities and therefore demand for natural resources. The US tariffs also reduced exports to America because of higher production costs and consumer prices.

However, the drag on the Chinese economy might only be in the short term because it has alternative markets for the country's exports. In addition, the country's increasingly affluent domestic market of 1.4 billion consumers will be the drivers of future Chinese economic growth. Accounting for over 80 percent of GDP growth, consumption has replaced exports and investments as the engine of the economy. The consumption/GDP ratio is bound to rise because of increases in China's middle class and urbanization.

China's growing middle class, defined by McKinsey and Company, a US-based consultancy as persons earning between 11,500 and 43,000 US dollars per year, is expected to reach over 550 million in 2022, a significant increase of 2012's 420 million. If the trend continues, the middle class as a percent of total population could rise above the 2017 level of 58 percent. Given China's large population of 1.4 billion, its middle class could be larger than that of the West.

Urbanization is a source of consumption because city dwellers would not be able to grow the food or make the clothing they need and want. They will also need to buy household goods such as appliances which in turn would spur manufacturing.

In short, China's economy is doing fine, saying it is struggling based on one quarter of data does not mean it is.