Russian sport, mired in doping scandals for years, got a body blow when Russia was banned from major international events for four years. The ban slapped by the World Anti-Doping Agency (WADA) will also keep Russia out of the 2020 Tokyo Olympics and 2022 FIFA World Cup in Qatar, besides tarring the reputation of the country. 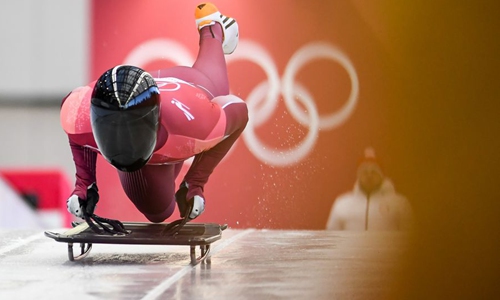 According to reports, as of January 2018, the International Olympic Committee had identified 43 Russian athletes from the 2014 Sochi Winter Olympics for doping. Grigory Mikhailovich Rodchenkov, former head of Russia's national anti-doping laboratory, confessed to having "developed a three-drug cocktail of banned substances that he mixed with liquor and provided to dozens of Russian athletes," reported the New York Times in 2016. In other words, Russia is now paying for its own mistakes in the past.

Nevertheless, it should be suggested that when the international community holds a zero-tolerance attitude toward doping, sporting events should not be politicized, and clean athletes' lawful rights should be protected.

Although the international community wants to see sports divorced from politics, yet sports have never come out of political wrangling. During the Cold War, sports competition was a form of political rivalry. Victory in the sporting arena became a symbol of success in the political field and evidence of socioeconomic development.

After the Cold War, sports still cannot decouple from politics. The initiative to separate sports from political influence has officially become an empty slogan. Besides, it is also not in line with the current reality - political manipulation in sports is mainly undertaken by the government or  diplomatic departments.

The Western countries that stand to benefit from historical legacy still control the public opinion across the world, including in the field of sports.

When some non-Western countries' athletes encounter trouble, Western countries use it to their advantage by presuming the other side guilty and then conducting probes. The repeated sanctions slapped on Russia are a typical case. Yet they tend to underplay that some athletes from Western countries are not flawless. The powerful US track and field team has not been free from the doping scandal for over 20 years. But why are their flaws not highlighted in the public domain?

In the sports world, there are fierce political fights, including the contest of ideologies, interest groups and organizations. Some Western countries try to pile pressure on China and Russia with the help of public opinion based purely on ideological differences and to show the overblown drawbacks of these countries to the world. Is it just a coincidence that Chinese champion swimmer Sun Yang faced tough blood test investigations and Russia was banned by WADA in the same year? Apparently not. These two cases reflect the fierce competition between powerful forces in sports. It is very likely that similar cases will occur more often.

The ban on Russia and the unfair treatment of Sun indicate that even China and Russia are powerful international forces, they are still in the disadvantageous position in terms of global public opinion. It is unrealistic to put faith in Western countries to change their deep-rooted discriminatory mind-set. Non-Western countries will have to join forces to be heard.

The author is a post-doctorate researcher from the Center for Russian Studies, East China Normal University.