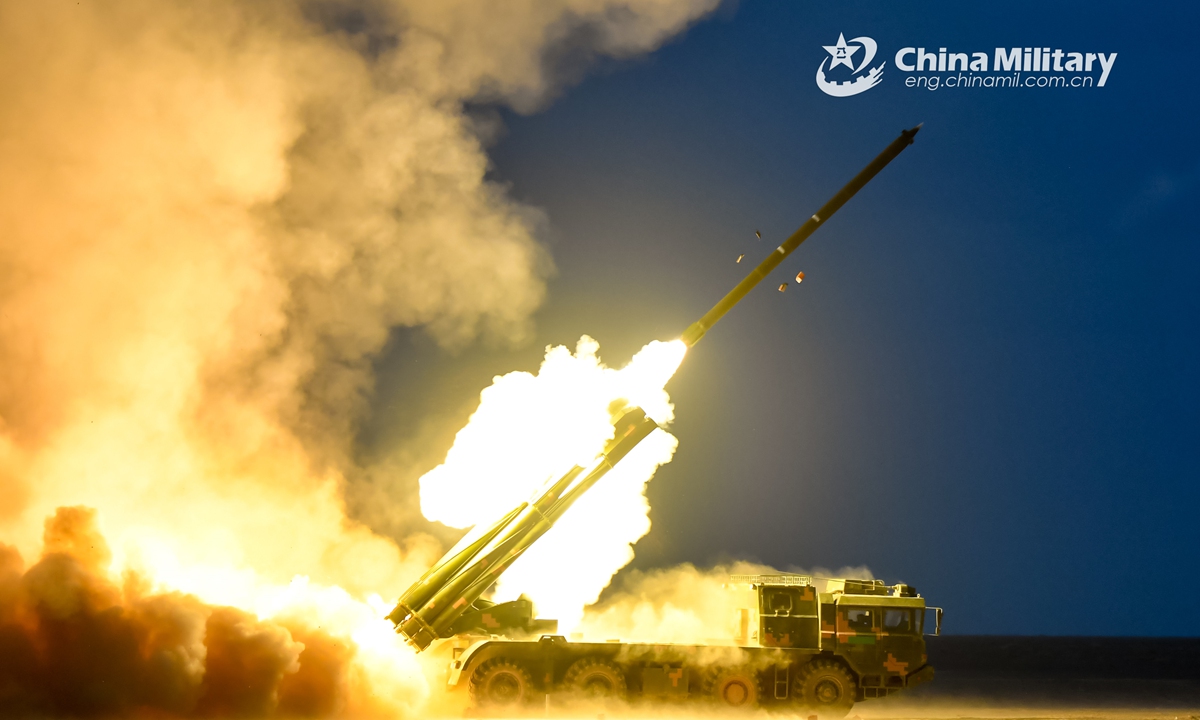 The public opinion on the island nervously followed PLA's every move with keenness. The DPP authority stubbornly shouted out loud on Thursday, continuing to use empty words to appease the anxious people on the island. What is certain is that the series of bitter fruits that Speaker of the US House of Representatives Nancy Pelosi brought to Taiwan island will be enough for the DPP authority and the "Taiwan independence" forces to swallow for a while.

In addition to forming an unprecedented deterrent to "Taiwan independence" forces and external forces, the PLA's series of military deterrence operations have also created favorable conditions for further shaping of the strategic pattern conducive to cross-Straits reunification.

Such a situation in the Taiwan Straits has become clearer - every time the US and Taiwan collude and provoke, Chinese mainland's actual control over the Taiwan island will be strengthened, and the reunification process will be advanced one step forward. Since Pelosi's Taiwan visit has seriously violated the one-China principle and maliciously violated China's sovereignty, with egregious nature, the intensity of our countermeasures is unprecedented.

The PLA military exercises, described as a "blockade of the island" by island's media, are particularly groundbreaking. To some extent, the comprehensive work to strike "Taiwan independence" and promote reunification has entered a new stage. The risk hanging above the head of the Taiwan secessionists has been greatly increased, and the space for their future actions will be further compressed. Our anti-access and area denial ability has also been put into practice.

All of these are real. Pelosi persisted in visiting the island of Taiwan, and the signal sent by the Chinese mainland could not be clearer: These countermeasures are just the beginning, if the collusion between the US and Taiwan doesn't stop.

This incident also told us once again that the DPP authority will not stop its wrongdoings of "relying on US support for their independence agenda," and that external anti-China forces will not give up their plot to "use Taiwan to contain China." The great reunification of the motherland is bound to go through fierce struggles and to overcome complex and severe challenges. But it is impossible for a river, which flows toward the sea, to change its direction and goal because of reefs and dangerous shoals. In other words, we need to have firm confidence and strong will in the general trend of national reunification, as well as a full understanding of the complexity and arduousness of the process.

As expected, the US and the West verbally attacked this military exercises and training. The G7 foreign ministers and the High Representative of the European Union issued a joint statement on Wednesday expressing their "concern" over the "threatening actions" by the Chinese side. A statement from the White House has much of the same content. These two statements are as outrageous to the Chinese as Pelosi's Taiwan trip. If they were really "concerned" about peace and stability in the Straits, why didn't they issue a statement to stop or at least criticize Pelosi's visit before her trip? But what could be more hypocritical and ugly than these countries playing deaf-mute at that time and now accusing China of taking righteous actions?

The one-China principle is mentioned in both statements. But it is clear that the understanding and implementation of one-China principle in these countries have gone so far astray, and it is likely to be a deliberate move. "Our position is very clear. We abide by General Assembly resolutions, by the One China policy, and that is the orientation that we have in everything we do," said António Guterres, the Secretary-General of the United Nations (UN). Can the G7 countries, especially the US, treat the one-China principle as seriously as the UN, which is something they should do?

The one-China principle has only one version and one meaning: There is but one China in the world, Taiwan is an inalienable part of China's territory, and the Government of the People's Republic of China is the sole legal government representing the whole of China. In a sense, the current PLA's military exercises and training are powerful demonstration of one China.