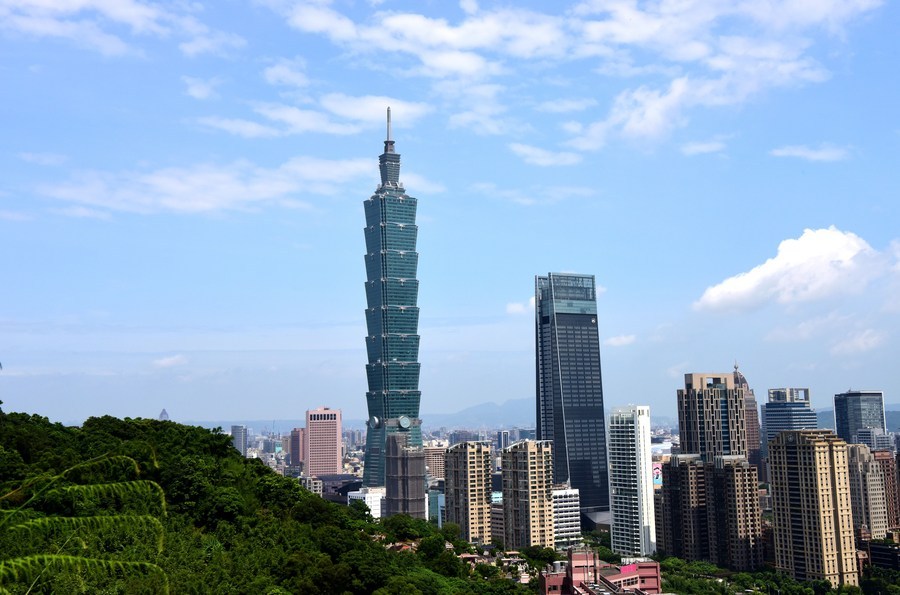 As a spokesperson for the Taiwan Affairs Office of the State Council said in a statement in response to media reports of a US military transport plane landing in Taiwan on Thursday, Taiwan's Democratic Progressive Party authority "will bring disaster to the people of Taiwan if it continues working with foreign forces to seek Taiwan independence and resist reunification".

In its own statement, the Ministry of Defense cautioned it "not to bring wolves to the door".

It also reminded the United States that Taiwan is China's territory and military aircraft need the approval of the central government to land there — "any trespassing in our airspace will cause serious consequences", it warned. The Taiwan question belongs to China's internal affairs, and Beijing does not brook any country meddling in the Taiwan question in any form.

Unfortunately, the DPP seems deaf to such exhortations and unwilling to contemplate on the folly of its actions. Instead, it has been all too eager to be a leading player in Washington's campaign to contain China, and to encourage others to participate.

For the first time in the history of its annual defense white paper, Defense of Japan, the Japanese government has included a reference to the importance of stability around Taiwan.

But while this was the first time such a provocative reference appeared in one of its white papers, the Japanese Defense Ministry was actually late to the party. US President Joe Biden and Japanese Prime Minister Yoshihide Suga emphasized "the importance of peace and stability across the Taiwan Straits" in a joint statement in April. That was unprecedented since the US and Japanese governments shifted recognition to Beijing in the 1970s, and it has paved the way for many of Tokyo's envelope-pushing tricks thereafter, although some of these have been presented as being a "slip of the tongue".

On June 9, Suga addressed Taiwan as a "country" before the Japanese Diet. The Defense Minister said in a June interview the security of Taiwan was "directly connected" to that of Japan. On June 28, Deputy Defense Minister Yasuhide Nakayama openly questioned the one-China policy, claiming Japan must protect Taiwan "as a democratic country".

And on July 5, Deputy Prime Minister Taro Aso said Japan and the US would have to defend Taiwan in the event of a serious contingency.

The recent erroneous moves suggest Japan is increasingly closing ranks with the US against China. And that is problematic as it not only gravely violates the four political documents between the two countries that serve as the political foundation of Sino-Japan relations, it will also further embolden the DPP to indulge its delusions, increasing the risks to regional peace and stability.

All these developments are a natural product of the increasingly worrisome US intent to make Taiwan a spearhead of its containment campaign against Beijing. It should act honorably and rationally, and abide by the provisions of the three China-US joint communiques when handling issues related to Taiwan and stop its provocations.