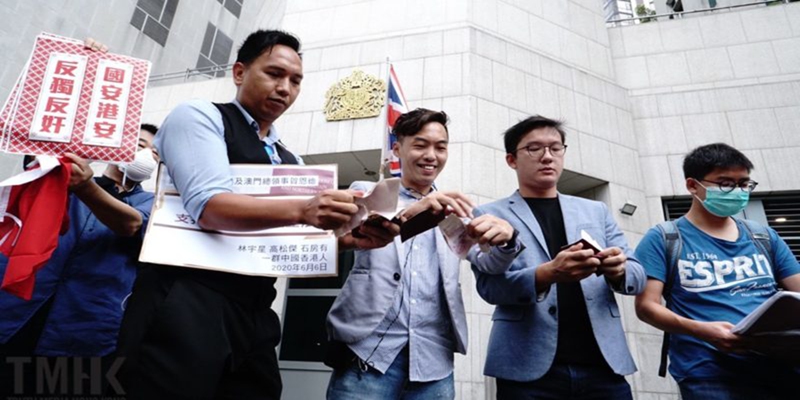 Hong Kong residents tear up BNO passports in front of the consulate to protest against UK interference over the national security law. (Photo: GT)