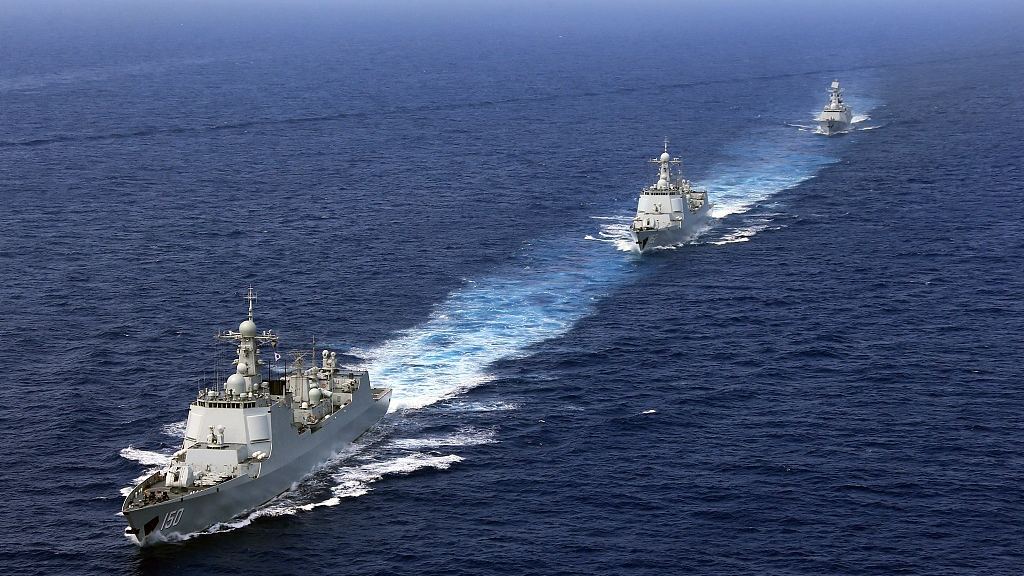 Uncle Sam hasn't been happy with Rodrigo Duterte for a while now. Ever since he ascended to the presidency, Duterte has signaled a clear shift from the previous US-Philippines relationship. Instead of continuing with the previous administrations' foreign policy direction, President Duterte has chosen a more pragmatic approach. His refusal to simply follow the Permanent Court of Arbitration's decision on the South China Sea and the embrace of the Belt and Road Initiative have been seen by the West as turning his back against the United States and cozying up to China.

One could say that President Duterte's visit to China is going to solidify this perception even more. A couple of days before his departure, Duterte said that he is ready to discuss the 60-40 sharing arrangement on the China-Philippine joint exploration for oil and gas in the region. This would be the first concrete step toward a joint operation since China and the Philippines signed a memorandum of understanding for oil and gas exploration in November 2018.

I believe, in the eyes of most of the world, such a deal is quite normal. However, the United States clearly perceived it in an "un-normal" way. Just as Duterte was arriving in China for his fifth visit in three years on August 28, US deployed a naval destroyer to sail within 12 nautical miles of China's islands in the South China Sea. In other words, the US navy vessels violated China's sovereignty at the same time as Duterte landed in Beijing.

For decades, the United States has enjoyed a singular maritime dominance in Southeast Asia. However, the development of China's military capabilities has made the US fear of losing its position in the region. Solidifying this deal with the Philippines would mean that there will be routine patrol and maritime transport by China around the oil drilling platforms. Such an act further erodes the United States' influence.

More importantly, over the last several years, the United States has tried to facilitate a multilateral negotiation between China and several countries that make territorial claims in the South China Sea. By giving these countries both implicit or explicit support, the US could try to maintain its influence in the South China Sea. China, on the other hand, has always insisted that such negotiation should happen within a bilateral framework and should be resolved between the two countries involved.

A bilateral deal with the Philippines could make the United States irrelevant in the region.

If the Philippines settles its dispute with China through bilateral negotiations, such an achievement would have a much greater symbolic significance than its actual economic benefit. The China-Philippines settlement could be the first fall of a card in a domino effect that would push the other claimants into similar negotiations with China. And if this were to happen, not only would the US lose its excuses for violating other countries' sovereignty, but also its credibility as the so-called mediator in regional affairs. By extension, the US would lose its political influence in the region and render the "self-proclaimed" superpower unable to maintain its control over one of the world's most important economic waterway.

This is why such a blatant sail into the Chinese maritime territory is a necessity at this point of time for the United States. Duterte has shown that he could succumb to political pressure sometimes and flip-flop on certain issues, just like his tough stance on Chinese vessels back in April when he was facing pressure of the midterm election. A show of force from the US might have the effect of pressuring him into taking a tougher stance on China.

However, with Duterte's party in a firm majority, I doubt he would choose to not continue showing his willingness to work with China. A deal between China and the Philippines could diminish the United States' position in the region. Therefore, Uncle Sam is willing to use all the tools at his disposal to prevent a domino effect from taking place on the South China Sea issue, even if it means ratcheting up military tensions when politically and economically it is already engaged in a conflict with China.