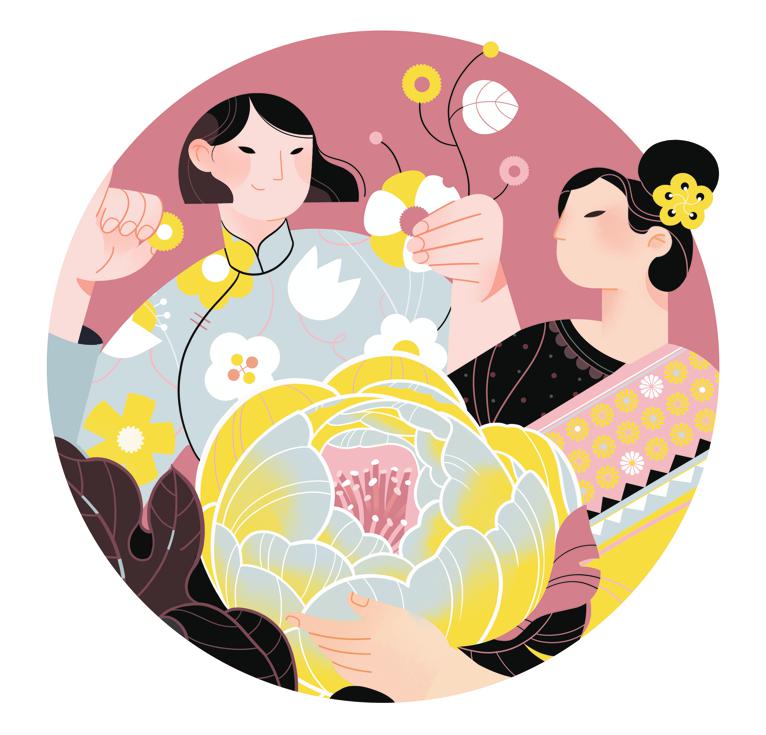 China and ASEAN member states are close neighbors bound by traditional friendship and a shared future. China sees the members of the Association of Southeast Asian Nations as vital to its neighborhood diplomacy and high-quality Belt and Road cooperation, which can be gauged from the fact that Nguyen Phu Trong, general secretary of the Communist Party of Vietnam Central Committee, became the first foreign leader to visit China after the conclusion of the 20th National Congress of the Communist Party of China.

Xi Jinping, too, chose to visit Southeast Asia on his first foreign trip after being re-elected general secretary of the CPC Central Committee. Xi attended the 17th G20 Summit and paid a visit to Indonesia from Monday to Thursday before flying to Bangkok to take part in the 29th APEC Economic Leaders' Meeting as well as visit Thailand from Thursday to Saturday.

Before that, Premier Li Keqiang attended the 25th China-ASEAN Leaders' Meeting, the ASEAN+3(China, Japan and the Republic of Korea) meeting, and the 17th East Asia Summit in Phnom Penh, while also visiting Cambodia.

These visits demonstrate China is committed to pursuing friendship and partnerships with its neighbors following a policy of amity, sincerity, mutual benefit and inclusiveness toward its neighbors. As a matter of fact, leaders of China and ASEAN states have been paying frequent visits to each other's countries, writing a new chapter in China-ASEAN cooperation.

Over the past three decades, China-ASEAN relations have developed by leaps and bounds. The two sides established a dialogue mechanism in 1991, and formed a strategic partnership for peace and prosperity in 2003, elevating it to a comprehensive strategic partnership that is meaningful, substantive and mutually beneficial in 2021.

China-ASEAN ties are the most dynamic, substantive and mutually beneficial. Indeed, the relationship has become an apt example of healthy regional cooperation, and contributes to peace, stability, development and prosperity in the Asia-Pacific.

To further strengthen their ties, the two sides issued the China-ASEAN Joint Statement on Strengthening Common and Sustainable Development on Nov 11, which, together with the "Joint Statement of the ASEAN-China Special Summit to Commemorate the 30th Anniversary of ASEAN-China Dialogue Relations: Comprehensive Strategic Partnership for Peace, Security, Prosperity and Sustainable Development" issued in 2021, will guide future China-ASEAN ties.

Chinese and ASEAN leaders have time and again emphasized their common vision of building a China-ASEAN community with a shared future, realizing modernization and improving the lives and livelihoods of the people on both sides. They have also vowed to deepen cooperation, uphold multilateralism, jointly respond to global challenges and promote inclusive and sustainable development. And with their relations reaching a new historical starting point, China and ASEAN are expected to make new achievements through deepening cooperation in the Belt and Road Initiative.

Besides, China and the ASEAN states have built a network of "fast tracks" and "green lanes" to facilitate the flow of goods and people, promote cross-border e-commerce in order to boost cooperation on the digital economy, and keep industry and supply chains stable amid increasing global challenges and uncertainties.

The strengthening of China-ASEAN economic ties is reflected in ASEAN maintaining its position as China's largest trading partner for two consecutive years. In the first 10 months of this year alone, two-way trade reached a record $798.4 billion, up 13.8 percent year-on-year. For the record, China-ASEAN trade hit $878.2 billion last year. Trade, in fact, is likely to expand further since Chinese and ASEAN leaders have agreed, at recent meetings, to deepen cooperation and boost trade and investment.

On the other hand, China has remained ASEAN's largest trading partner for 13 consecutive years. While two-way investments exceeded $340 billion at the end of July, China's investment in ASEAN in 2021 was $14.35 billion and ASEAN's in China $10.58 billion. The two sides have also been expanding mutual investment areas, with industries such as e-commerce and new energy vehicles in ASEAN states attracting more Chinese investment.

Furthermore, China and ASEAN have started talks on China-ASEAN Free Trade Area 3.0, in a bid to raise the quality and level of trade and investment, and strengthen their industry, supply and value chains. They will also continue to promote the high-quality development of the Belt and Road Initiative, by further liberalizing trade and investment, facilitating a new type of industrialization, intensifying digitalization, and boosting green development and agriculture modernization.

The two sides have also vowed to strengthen cooperation in health and education to further promote development. With their efforts to improve connectivity paying rich dividends, they have also agreed to increase input in fields such as Lancang-Mekong Cooperation, China-Brunei-Indonesia-Malaysia-Philippines East Asia Growth Area, and the New International Land-Sea Trade Corridor.

China and ASEAN are comprehensive strategic partners with a shared future, and have stood together through thick and thin. And they are likely to establish a more effective, mature cooperative mechanism to ensure better political, economic and security development, with the ultimate aim of bolstering regional and global economic development.

The author is an associate professor at the School of Asian Studies, Beijing Foreign Studies University. The views don't necessarily reflect those of China Daily.