OPINIONS Earth is being overwhelmed by people

Earth is being overwhelmed by people 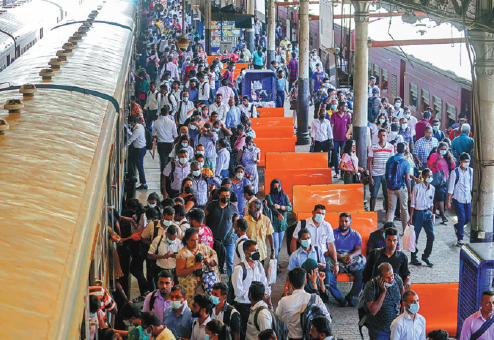 The world population hit 8 billion on Tuesday, according to the United Nations World Population Prospects 2022.

Although that might not be the precise figure, it should be regarded as reflecting some characteristics of the changes of world population that constitute the main content of the UN population report.

Meanwhile, India is expected to overtake China as the world's most populous country as early as 2023, with its population reaching an estimated 1.67 billion by 2050, judging from their respective population growth trend.

Tuesday marks a step closer to peak population — the UN forecasts that the world population peak will appear in the 2080s reaching about 10.4 billion. It also means that human beings need to be more active in balancing population growth with the conservation of the ecological environment and resources.

That was the core message of the statement UN Secretary General Antonio Guterres issued on Monday. He quoted Mahatma Gandhi's statement that "The world has enough for everyone's need — but not everyone's greed".

Concerns about the consequences of an impending "shrinking" global population seem to be taken more seriously than the widespread concerns of the past about the growing challenge to the natural environment and resources posed by an expanding human population.

But there are still too many variables to say for sure how things will develop. Nonetheless, humans need to be more respectful of nature and shoulder their shared responsibility for the planet.