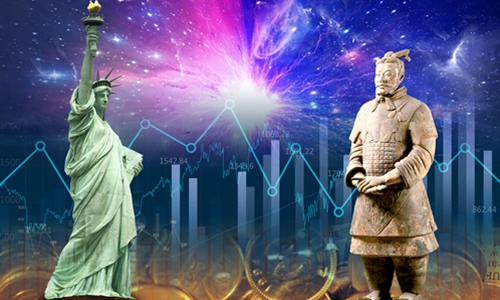 At the beginning of 2020, I have once again been invited by the Observer Research Foundation, a think tank based in India, to attend the Raisina Dialogue, the most influential forum in South Asia, held every year in New Delhi. After coming across this year's agenda, I am more impressed with the global vision of Indian elites.

The theme of this years' Raisina Dialogue is quite postmodern - "21@20: Navigating the Alpha Century." What does it mean? There is no explanation in the agenda. But according to the theme of each panel discussion, I assume the organizers of the forum might think the year 2020 is the starting point of the 21st century and marks the end of the 20th century, and what's coming next will be like the first letter of the Greek alphabet - Alpha - which signals a new era.

It is a theme designed with oriental imagination. It wisely responds to the global logic that has been misled by Western mind-set for 30 years. In 1989, when the Cold War was about to end, Francis Fukuyama, a young US political scientist, published an essay "The End of History?" in which he believed "the state that emerges at the end of history is liberal insofar as it recognizes and protects through a system of law man's universal right to freedom, and democratic insofar as it exists only with the consent of the governed."

Thirty years later, it turns out that young scholars sometimes can be too optimistic. In 2012, I chatted with Fukuyama for two hours at a café in Stanford University, California. He admitted that the Iraq War and the financial crisis changed some of his opinions. He even acknowledged that the American system might not be the same as the democratic one he envisioned. In his later books, State-Building: Governance and World Order in the 21st Century, published in 2004, and The Origins of Political Order, written in 2011, Fukuyama's thoughts are deeper and more respectable than his earlier concepts.

The changes in Fukuyama's ideas reflect the changes in human understanding of the evolution of world history. When a system, a country, or an individual is arrogant and egoistic, it leads to decline. Yet the unscrupulousness and arrogance of the US government has not ceased. From the war in Afghanistan, Iraq, Syria, to the Arab Spring and the assassination of a high-ranking Iranian general, the US seems to have claimed victories time and again, but as a matter of fact, it has been jeopardizing the foundation of international mechanism, on which the US has thrived. It is also destroying the values and beliefs once admired by mankind.

2020, the beginning of the third decade of the 21st century, is not the end of history, but the start of a new one. History sprouted from the international financial crisis, with the rise of emerging economies as its main characteristic, and with the political awakening of non-Western countries as a main force. Human beings are slowly looking for a new path and a new destination.

From the perspective of Chinese scholars like me, the new way out is definitely not provided by the US. Indians probably think so too. Over the past two years, themes like "The Waning West" and "Exclusive trade in the Trump age" have been observed in Raisina Dialogue's panel discussions. It makes people feel that Indians do not fully agree with US values. Then, what is China's perspective of the future?

President Xi Jinping has pointed out multiple times that the world is undergoing profound changes unseen in a century. This represents the thinking of the Chinese people. Everything is changing, politics, economy, society, country, technology, lifestyle, mind-set… and all changes seem so uncertain. The biggest certainty is the fact that everything is uncertain.

China and India's in-depth predictions of the future represent the rise of the mind-set of 40 percent of the world's population. It means human beings have begun to get rid of the logic of dichotomy, which has its origins in Western Christian philosophy, to predict, promote and shape the future. People no longer think about their future with simple distinction between black and white, good and evil, but with more dimensions and more complicated logic. In my opinion, this is another major civilized evolution since the West-led globalization.

Human civilization has developed for thousands of years. But we can only expect all human beings to enjoy prosperous and fulfilling lives after 2030.