On December 3, China's Foreign Ministry spokesperson Hua Chunying was asked about the U.S. Under Secretary of State Keith Krach's recent comment on Twitter where he said: "China's Military-Civil Fusion is one reason why I wrote a letter to the Governing Boards of U.S. universities about a serious threat from the Chinese Communist Party to their academic freedom, university endowments, research, and intellectual property."

Hua responded that "it is a customary international practice to promote integrated military and civilian development. It is no exception for the U.S., where this practice dates back to before WWI."

This is indeed true and to think that the U.S., or other countries, develops their military and technology separately from civil society is naïve. Hua pointed out that multinational companies like Lockheed Martin are the result of "military-civil fusion" themselves.

In fact, the fusion between the U.S. military, civil society and the deep state is so insidious that the term military-industrial-complex (MIC) is often employed to convey the inner workings of the U.S. and the interests behind its never-ending wars.

The term MIC was coined by former President Dwight D. Eisenhower, who was a five-star general during WWII. In his Farewell Address to the Nation on January 17, 1961, he said: "In the councils of government, we must guard against the acquisition of unwarranted influence, whether sought or unsought, by the military–industrial complex. The potential for the disastrous rise of misplaced power exists, and will persist."

The MIC now funds think tanks and through lobbying and kickbacks from the private sector, generals and politicians work for companies, related to the military, when they retire from official governmental duties.

The MIC now pulls in thousands of private companies into defense contracts with the U.S. state. According to militaryindustrialcomplex.com, the U.S. Department of Defense (DoD), which only publicly reports contracts over $6.5 million, has since October 2006, when contracts were made public, funded both private business and universities for research and military equipment, with nearly $3 trillion. 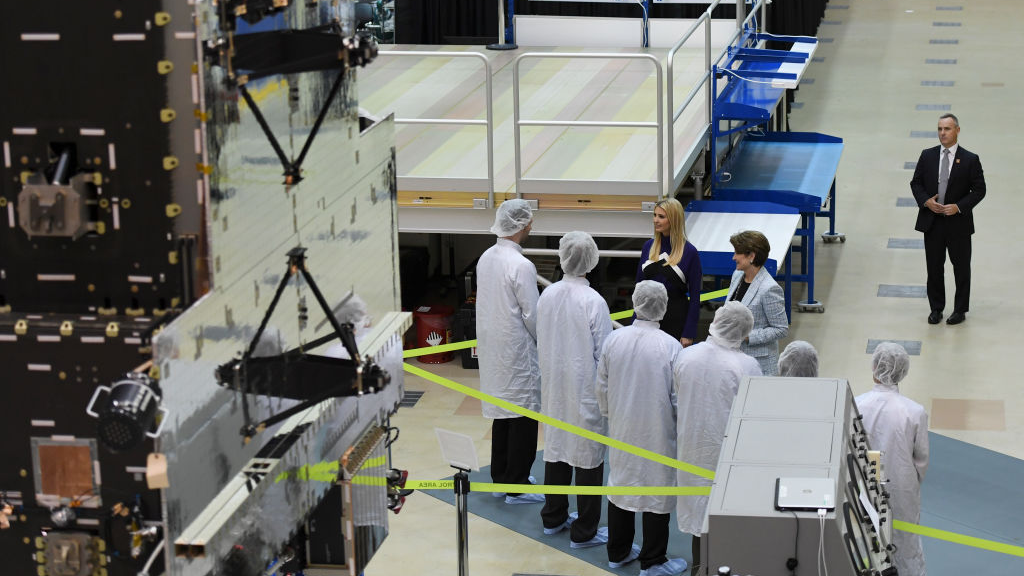 The Western media and the U.S. government are thus making a storm in a tea-cup over something they not only do themselves but do so with more vigor. It must not be forgotten that the U.S. military budget, which is expected to reach $725 billion in 2020, is significantly higher than any other state. According to the International Institute for Strategic Studies, even with China's rise in military spending, the U.S. spends more than three times more on its military than China.

The fact that the U.S. seeks to shock its citizens with news of China's "military-civil fusion" when it is engaged in doing the same, but on a grander scale, shows that news about the military doesn't spread very far in a "free-press." Indeed, the basic fact that the U.S. has approximately 800 military bases in 80 countries comes as a bombshell to many.

Looking through a Western newspaper you'll see a section on business and sport but not on the military. This is in contrast to most papers in China who dedicate a section to military affairs. Consequently, military-civilian fusion is not a secret, like it is in the United States. It is widely reported and there is even a Chinese government website dedicated to disseminating information to the Chinese public.

There is, of course, much rhetoric within the Western press on military matters but usually, it comes down to "who to punish," "where to invade," and "how to save." While talk on invading and bombing foreign states is normalized, information on the basic running of our militaries is not commonly disseminated.

In contrast, China's rhetoric of how to use its military comes down predominantly to the topic of how to maintain its sovereignty and the integrity of its borders against foreign threats who see the PRC as illegitimate and seek to overthrow it.

China's military isn't as advanced as the U.S. and compared to the U.S., China spends a fraction on its military. China has a defensive narrative as opposed to an invading one. It neither has bases across the world nor is it entangled in a web of military alliances. It sees all states and governments as legitimate and seeks to work with all.

As such, what is the U.S. afraid of? Even if China overtakes the U.S. economically, it could not threaten the U.S. militarily. The U.S. cut off from the world by two ocean moats is geographically safe. It is rich in resources, has strong technological capacities, and has a fearsome nuclear capacity to ward away any aggressor. Thus, what the U.S. fears is the rise of others which will prevent it from using its military strength to undemocratically implement its hegemony across the world.