OPINIONS Economy could bottom out this year

Economy could bottom out this year 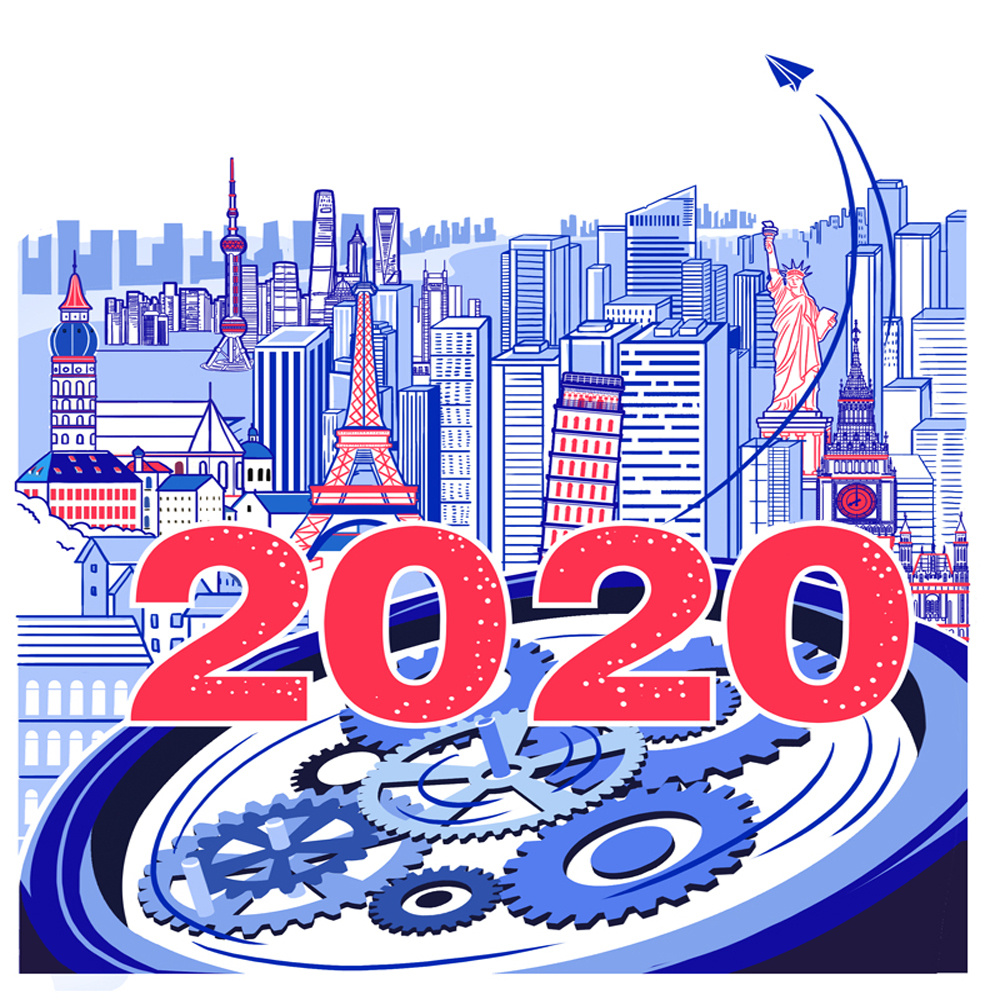 How well will China's economy perform in 2020? The popular view appears to be that real GDP growth will continue its downward trend, sliding below 6 percent. Contrary to the popular view that China's growth will slow further, we (at Deutsche Bank) think the Chinese economy will likely bottom out in 2020, and GDP growth will pick up modestly from the second quarter of this year.

We see three main drivers for an economic recovery in 2020.

First, export growth will likely turn positive again thanks to a stabilizing global economy, and a halt to further increases or even possible rollback of US tariffs. We expect China's exports to bottom out in the next few months, and improve gradually throughout 2020 to about 5 percent growth by the end of the year.

Global demand appears to be bottoming, and it may show modest improvement in 2020. The global manufacturing purchasing managers' index, historically a good leading indicator for China's exports, has rebounded over the past few months, exceeding 50 in November 2019.

Into 2020, sentiment appears to be forming a bottom on a global scale. In the United States, recession risks have reduced noticeably, growth is expected to bottom out by the end of 2020. In Europe, manufacturing data are beginning to bottom, particularly in Germany, and the risk of a disruptive no-deal Brexit has diminished. Japan's GDP growth is also expected to improve in 2020 after the consumption tax hike in the fourth quarter of 2019.

Second, consumer spending will likely increase, especially on durable goods such as vehicles and cell phones. The China-US trade war, despite often occupying news headlines, is only a secondary factor in China's slowdown; the main driver of the Chinese economy is domestic demand, including consumption and investment.

The 5G network, which is planned to be introduced to most cities in 2020, will provide further incentives for consumers to upgrade their smartphones. If the 5G rollout follows similar patterns as 3G and 4G, 5G smartphone sales will likely accelerate in mid-2020 and reach a peak around 2022.

Overall car ownership is still low in China, with the exception of a few megacities. Car ownership per 1,000 people in China is only about 150 passenger cars, equivalent to Japan's level in 1975. China's car ownership will likely continue to rise rapidly. Aside from this long-term trend, a new replacement cycle, too, is on the horizon.

Our key non-consensus assumption is a cyclical recovery of consumption spending. After the housing boom in 2016-18, Chinese households faced a higher debt service burden and tighter liquidity constraints, which prompted them to reduce spending, especially on durable goods.

We are starting to observe signs of improvement in household liquidity. Mortgage interest rates, after rising sharply in 2017-18, declined in 2019, and growth of household liquid assets started to recover. Also, household surveys indicate a pickup in urban household spending growth of late, which in turn suggests the gap between household income and spending could be closing.

Third, fiscal expansion and monetary easing will likely support the economy through infrastructure investment and higher credit growth. The prospects for manufacturing investment this year will crucially depend on the Sino-US trade war and producer price developments. If, as we expect, trade tensions ease after the signing of the phase-one deal and exports start to recover, it will be good news for manufacturing investment.

With policy likely to remain supportive in 2020, we expect the augmented fiscal deficit to increase by another 1 percent of GDP. After a major round of tax cuts, fiscal policy will likely focus more on spending in 2020, including infrastructure investment and employment/social benefits. The People's Bank of China, the country's central bank, will likely expedite the use of lending facilities to support credit to the real economy, while constraining the use of required reserve ratio and medium-term lending facility rate cuts.

This mix of growth and policy outlook will be overall positive news for the Chinese currency. We forecast the yuan will appreciate to 6.7 per US dollar by the end of this year, because we believe the market overestimated the impact of the Sino-US trade war on China and overreacted. China's external flows have not deteriorated: trade and current account surpluses have increased, FDI inflows have continued, and portfolio inflows have surged, and we expect these trends to continue in 2020.

This outlook is not without risks, though. A near-term obstacle is the consumer/producer price divergence. If the gap persists between high consumer price index inflation and producer price index deflation, it will be difficult for policymakers to support growth and maintain price stability at the same time. Persistent tensions in Sino-US relations also weigh on the growth outlook. A non-negligible risk is that the US could scale up export controls and restrictions on China's technology companies.

The author is an economist at Deutsche Bank. The views don't necessarily reflect those of China Daily.