OPINIONS Economy withstands 'stress test' thanks to reforms and policies

Economy withstands 'stress test' thanks to reforms and policies 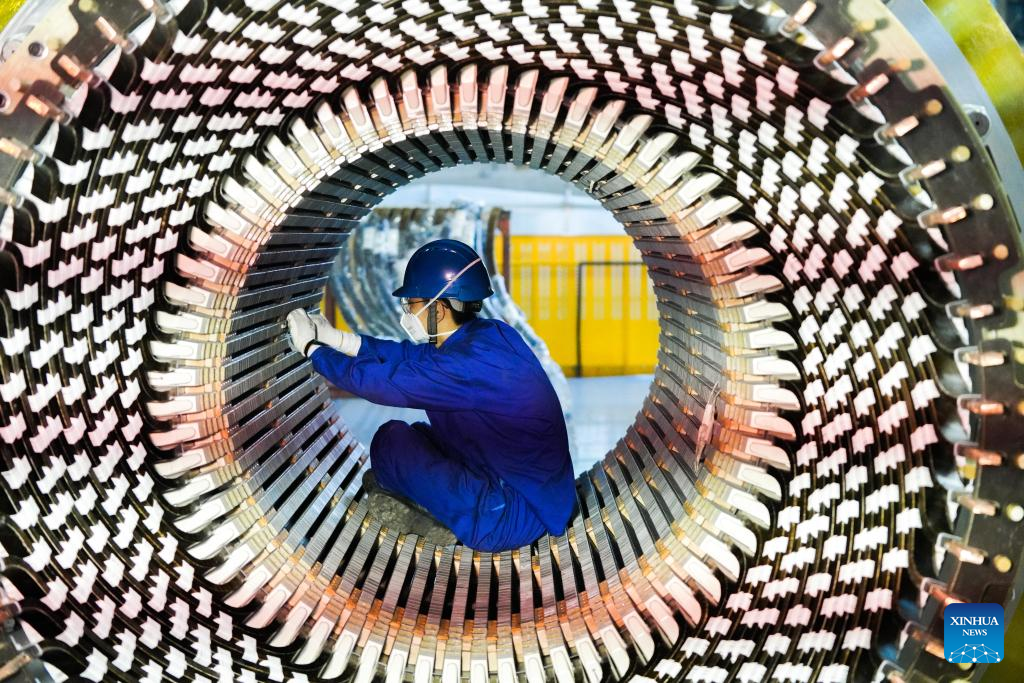 The 3.9 percent year-on-year growth of China's GDP in the third quarter, compared with 0.4 percent growth in the second quarter, as showed by National Bureau of Statistics data, is convincing proof that China's economy has withstood yet another "stress test" and demonstrated its great resilience.

China's overall economic performance in the third quarter stayed within a reasonable range, with production and demand continuing to improve, employment and prices remaining generally stable, and people's livelihoods being effectively guaranteed. China's economic development is also at a good level compared with other major economies.

While adhering to its pandemic prevention and control approach, China has taken a series of policy measures to stabilize and develop the economy, effectively protecting people's life and health and stabilizing the fundamentals of its economic and social development to the maximum.

China's economic performance was better than expected in the first two months, but its major economic indicators fell in March and then, more sharply, in April because of the changed international environment and epidemic outbreaks at home.

In response, China introduced a package of measures in a timely manner to not only avoid excessive stimulus but also ensure stable employment and prices. Because of these combined policy measures, China's economy began to recover in the second quarter and continued to improve in the third quarter.

This confidence stems from a series of significant reforms China has pressed ahead with and its solid foundation through long-term accumulation. China's economy now accounts for 18.5 percent of the world's total, 7.2 percentage points more than it did 10 years ago, and the scale of its manufacturing and foreign exchange reserves are both the largest in the world.

From 2013 to 2021, China's annual average economic growth was 6.6 percent, higher than the world's average of 2.6 percent and the 3.7 percent average of the other developing economies in the same period. A population of over 1.4 billion, the world's largest middle-income group, and the potential and vitality to be released by its vast market will also lay a solid foundation for the further development of China's economy.