OPINIONS Electric car market revs up, but long road ahead

Electric car market revs up, but long road ahead 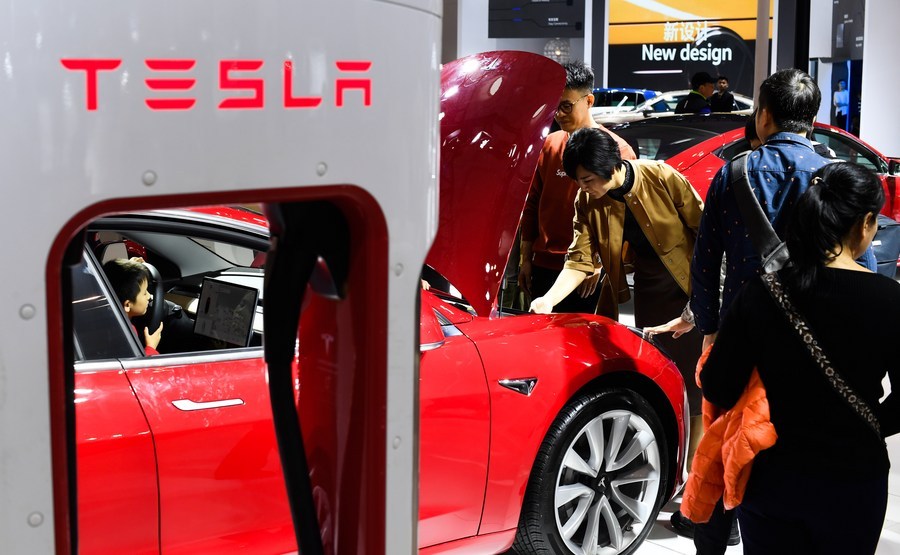 Tesla Inc recently said it will start exporting its Model 3 electric vehicles produced at its Gigafactory in Shanghai to Europe later this month, calling it an endorsement of Chinese-made vehicles' quality in Western countries.

In addition, BMW is preparing to export its iX3 electric vehicles, produced at its Shenyang joint venture facility, to Europe, while Daimler plans to move production of its smart vehicles to the Hangzhou Bay area.

Undoubtedly, China's complete industrial and efficient supply chains give it a manufacturing advantage that is coveted by foreign electric vehicle makers. For example, Tesla is expected to realize 80 percent localized production in China soon.

After reform and opening-up, China began promoting the concept of "market for technology" to attract foreign automobile companies to set up joint ventures in China and locally produce vehicles to promote technological upgrading of local enterprises.

However, even after China transferred some market shares to overseas manufacturers, the Chinese partners in the joint ventures and indigenous brands still faced difficulties mastering key technologies. The decision-makers do not want a repeat of the same in the electric vehicles sector.

However, the United States' current policies toward China have partly eroded this global competitive edge, to retain which China needs to establish an independent and complete industrial chain.

China's traditional industrial policies have encouraged investment in manufacturing by offering subsidies. Although this has led to the emergence of a wave of integrated assembly capacities, it has failed to play a big role in spurring the research and development of some core technologies. Especially, when overcapacity led to lowering of prices, enterprises lacked motivation to take the initiative to invest in upstream core technologies.

China's electric vehicle industry has formed the world's largest supply chain system, but its core technologies－such as those used in electric motor, battery and electronic control－need further enhancing as some home brands still bank on foreign manufacturers for core technologies.

With the advent of the smart cars era, the country needs to improve the relevant chip and sensor technology, while taking measures to encourage enterprises to invest more funds in core technology in the industrial chain's upstream.