OPINIONS Eleven things governments can do to eradicate racism

Eleven things governments can do to eradicate racism 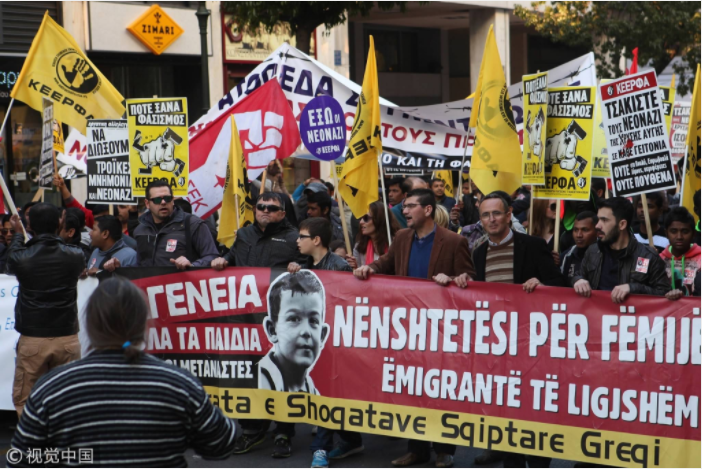 Racism can broadly be defined as an ideological construct that assigns a certain race and or/ethnic group to a position of power over others on the basis of physical and cultural attributes as well as economic wealth involving hierarchical relations where the “superior” race exercises domination and control over others. To this end, racism is the denial of people’s basic human rights, dignity and respect. Its expression ranges from small everyday acts of discrimination, as well as barriers and omissions that may be inadvertently established at an institutional level, and eventually to acts of threatening behavior and violence.

Impact of slavery and colonialism on peoples of African descent

Racial discrimination against people of African descent has its roots in the slave trade and colonial acquisition of present day African states and territories. The legacy of colonialism and slavery have co-relational consequences to the current racism, racial discrimination, xenophobia and related intolerance that people of African descent are currently experiencing both within and outside Africa.

The relationship between racism and slavery goes back to the period when hundreds of thousands of Africans were captured and chained and herded into ships to be taken across the Atlantic and sold as slaves to the white landholders to work in their fields and plantations and serve their families. This slavery built on color and power was finally abolished by a combination of war and law but the racist structures in the respective states and societies remain. To this end, xenophobic practices against non-nationals particularly migrants, refugees, and asylum seekers constitutes one of the main sources of contemporary racism and human rights violations.

Likewise, colonialism was responsible for the continuing economic dependency of countries, especially the third-world countries, of which African countries are the majority on the economies of the western developed world. Through treaties and agreements, colonial countries were informally chained to their colonizers and such bondage has continued and persisted through the present neo-colonial period.

Overall, colonialism left behind structures and perceptions as well as practices that have, among other factors, contributed to lasting social and economic inequalities in many parts of the world today. For instance, part of the colonial legacy has been associated with poverty, especially as a result of neocolonialism, as well as underdevelopment, marginalization, social exclusion and economic disparities – all which are associated with racism and racial discrimination.

In some states, colonial powers left behind political and legal structures or institutions, some of which were inherited and persist to date and which do not correspond to the multi-ethnic, multi-cultural and multi-lingual characteristics of the population and, in many cases, constitute an important factor of discrimination in the exclusion of indigenous peoples

Possible solutions or cures to racism

In order to resolve and cure racial acts of discrimination against peoples of African descent the following measures and actions should be put in place.

First, it is important to pay special attention to new manifestations of racism, racial discrimination, xenophobia and related intolerance to which youth and other vulnerable groups might be exposed.

Second, it is important to create an information and education campaign at the national and international levels on measures and action points to combat racism.

Third, the international community and states should promote good governance that encompasses equality of opportunity for all in all spheres including that for development which is fundamental for the eradication of racism, racial discrimination, xenophobia and related intolerance.

Fifth, the international community and states should develop political interest and strong legislation as well as social and economic policies to redress racism. It should also entail making governments accountable for the existence of racism and the elimination of the root of racism.

Sixth, states should increase the level of awareness about the scourges of racism, racial discrimination, xenophobia and related intolerance among public officials, civil society groups and the general public, and use the same to mobilize both human and financial support to redress the same.

Seventh, states should use legal means to prosecute and punish perpetrators.

Eighth, states should facilitate the identification of legislation that needs to be amended and or adopted with a view to improving the protection of victims.

Ninth, the media should be involved through increased media coverage and public awareness. States should   monitor reporting in newspapers, television and radio and actively respond to incidents of racist or biased reporting.

Tenth, there should be partnerships between NGOs and governments in collecting data on racism and using the same to promote equality through legal and administrative systems.

Eleventh, states should adopt affirmative action measures to ensure that suitably qualified people from racially profiled groups have equal employment opportunities and are equally represented in all occupational levels in the workforce.

Arising from the foregoing, the international community and national governments should monitor ongoing incidents of racism by establishing rapid response teams and providing commensurate tools to curb the racial vice. This should be done through strengthening of programs for individuals and groups that encounter racism and related intolerance in education, health, employment, housing, food security, social services and access to justice including where necessary through appropriate remedial affirmative actions.