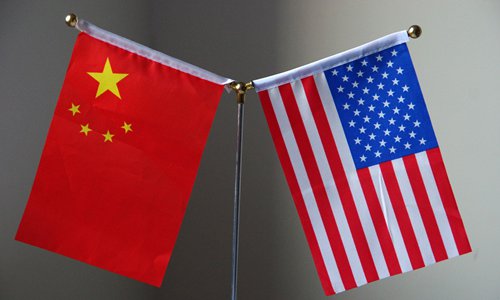 Substantial progress has been made in the new round of high-level China-US economic and trade consultations. This has eased trade war tensions between the two sides and rekindled hopes in the public and the international community for a final agreement between China and the US.

The Global Times has learned that US President Trump said during meeting with Chinese Vice Premier Liu He on Friday that there was little market reaction to the United States-Mexico-Canada Agreement. However, as the US-China talks made positive progress, the stock market immediately surged and the market responded strongly. This time is also the case.

China-US economic and trade relations affect the whole world. It is in the interests of China, the US and the world to ease trade conflicts between the two countries. This time, China and the US reached consensus on these interests. The trade war between China and the US has been going on for almost 20 months, which was almost unimaginable in the world at the beginning of last year. The significance of this trade war has been exhausted. It is hard to explain it economically and politically if the trade war continues.

During the negotiations, China and the US have developed a realistic approach of resolving their differences in phases, gradually accumulating the achievements and finally leading to a comprehensive agreement. The consultations in Washington have yielded fruitful results. The two sides will try to realize new achievements through further communications, gradually paving the way for the signing of an agreement between the two countries.

To end the trade war, apart from technical negotiations, the most important thing is that the two countries have the political will to do so. Important consensus was twice reached by the heads of state of China and the US, a manifestation of this political resolve. It is a pity that some disturbing incidents have hindered the implementation of the important consensus. For the past year and a half, the illusion of some American elites in containing China's growth proved unrealistic. China continues to make progress in technology and infrastructure building.

It is unlikely a country with solid development and great potential like China would have an overall recession. However, even a strong super economy like the US, where finance plays a major role, has a special vulnerability. Once a recession occurs, it will form a very long and widespread crisis. The actual benefits to both sides, including the US, of ending the trade war are far greater than the potential benefits even based on the illusion. If governing is rational, the coming period will be an important window for sorting out the conflicts and negotiations of the previous period.

Both China and the US still have resources to sustain a trade war, but further consumption of those resources is unnecessary since their goals have proved naive and absurd.

The situation is still highly uncertain, but the historical indicators will gradually be corrected. China and the US will not get lost and the world will benefit from the implementation of the consensus reached by the two heads of state, assuming the responsibility to both countries and the world and moving steadily towards the final end of the trade war in stages.