Engagement with China better than criticism 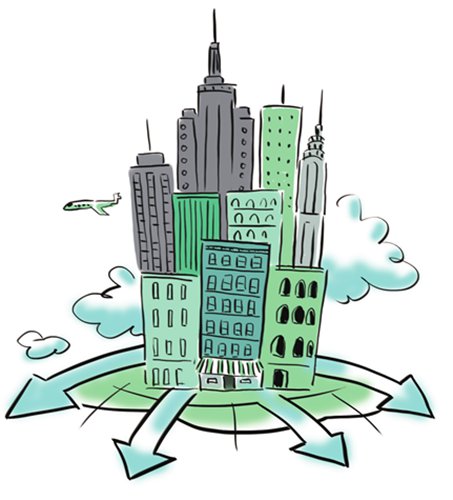 The Budapest "16+1" summit outlines China's developing presence in Central and Eastern Europe as well as in the Balkans. China is employing a model of win-win cooperation with various countries - either member states of the European Union or otherwise - and seeks to achieve tangible results in several sectors. Trade, investment, loan accords, culture, tourism and people-to-people exchanges dominated the agenda. The numbers speak for themselves. Chinese investment in the region, for instance, is currently triple that of five years ago, with an estimated value of more than $9 billion. Trade volume is equally on an upward trajectory. Chinese Premier Li Keqiang, while in Hungarian capital Budapest, proposed new initiatives to further promote collaboration. The potential plan includes, inter alia, the import of high-quality agricultural products by China, the implementation of new rail lines, the establishment of industrial parks and logistics centers, and the participation of the 16 Central and Eastern European countries in the "Made in China 2025" strategy. Moreover, the establishment of an inter-bank association and strengthening of an investment cooperation fund will only add to the existing good climate. Despite unquestionable progress and positive perspectives for the future, the "16+1" mechanism is generating serious alarm in Europe, principally within the European Commission and some powerful EU member states, such as Germany. There, it is framed as a specific foreign policy tool invented by the Beijing administration to allegedly ignore and defy the modus operandi of Brussels. For its critics, the "16+1" mechanism reflects its supposed will to divide the EU. German Foreign Minister Sigmar Gabriel has even publicly said so, causing a vocal reaction from China's Ministry of Foreign Affairs.

For many years, the EU has attempted to forge a common foreign policy. Due to enduring differences among member states, which often arise when key themes are discussed, and hesitation by the member states to grant authorization to Brussels to speak on behalf of all, this attempt has yielded only minor results. Thus, it is rather unfair to blame an external factor - in this case China - for internal failures. Self-criticism is perhaps more required and useful. From another perspective, Beijing's approach vis-à-vis EU member states of Central and Eastern Europe and the Balkans actually complements rather than competes with European norms. Boyko Borisov, prime minister of Bulgaria, the country where next year's summit will be held, downplayed fears during a press conference. It should not be forgotten that Brussels itself is looking for new ways of engagement with China. For instance, the Investment Plan by the President of the European Commission, Jean Claude Juncker, functions as leverage to encourage financing from other sources for the implementation of several projects in the Old Continent, including the region where the "16+1" mechanism applies.  As far as non-EU member states are concerned, the same logic applies. By approaching them, China is not offering an alternative to future EU membership. By contrast, it is supporting investment projects, which are boosting growth and creating jobs under difficult economic circumstances. Brussels has not satisfied the hopes and expectations of people living in the Western Balkans. As enlargement is practically off the agenda, German Chancellor Angela Merkel initiated in 2014 an intergovernmental process with the countries of the region - the so-called Berlin Process. Its aim is to boost economic as well as human connectivity in the region, yet progress has been less than impressive. Subsequently, it is natural for Western Balkan countries to opt out of the current "all talk no action" cycle and instead look to China - and also Russia - for the quick and actual implementation of promising development projects.All in all, the Budapest speech made by Li has been well received by the summit's participants. This is perhaps the best confirmation of the "16+1" mechanism's success. When directly involved players speak highly of China's foreign and economic policy, it becomes clear that voices from the outside are gradually losing their significance. The year 2017 marks the fifth anniversary of the launch of the "16+1" cooperation and it seems that the years to come will see important landmarks in that regard. China should not be seen as an adversary for the EU in Central and Eastern Europe as well as in the Balkans. The earlier Brussels realizes this, the faster joint benefits can be reached. The economic interests of both sides do certainly intersect.