OPINIONS Engine of future, will it revolutionize car industry?

Engine of future, will it revolutionize car industry? 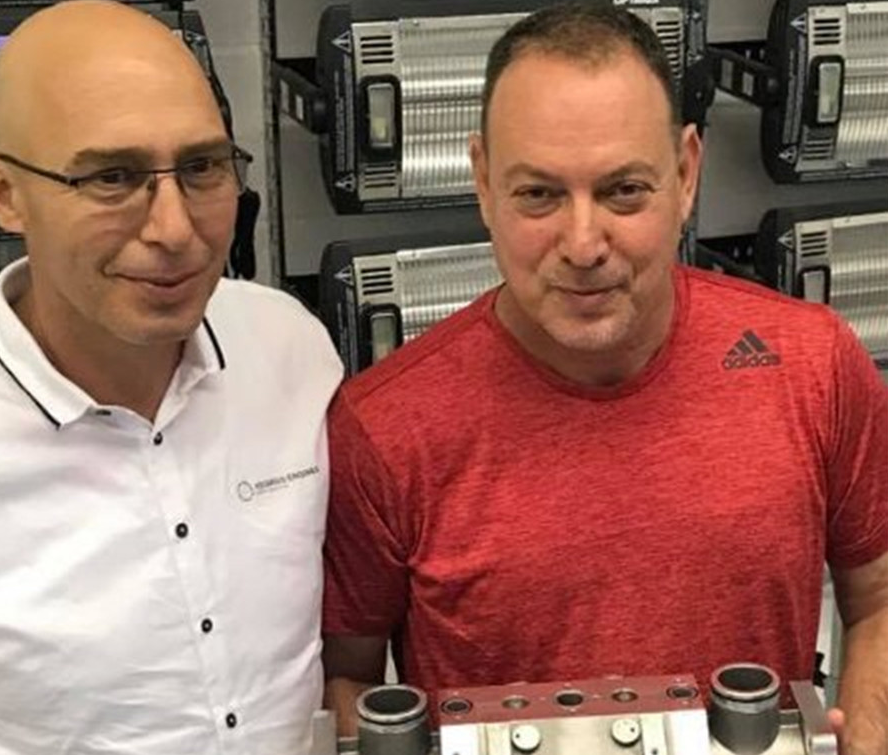 Gal Fridman, chairman and co-founder of the firm, Aquarius engines in Petah Tikva, is confident he and his partners are on to something. Photo: Xinhua

The car industry is on the cusp of major changes but being conservative, those changes are slow to roll-out.

There is a lot of hype around autonomous cars, electric or hybrid models and other science-fiction sounding changes but in a small office in central Israel, a different type of change is brewing.

It's tiny, yet powerful. It's an engine you can hold with your bare hands.

It has the potential of changing the industry at its core. In the unassuming headquarters of Aquarius engines in Petah Tikva, Gal Fridman, chairman and co-founder of the firm, is confident he and his partners are on to something.

Named after the futuristic hit of the late 1960s, they have already finished developing the 4th generation of the engine.

Fridman picks it up with one hand.

"A regular engine will weight 150 kilograms, will be combined of hundreds of parts. We have only few parts, less than 15, and our engine weighs 15 kilos and creates the same energy," Fridman told Xinhua.

The first internal combustion engine, which operates the cars as we know them today, was invented over 150 years ago and has remained largely the same until this day.

Electric and hybrid cars have emerged and are gradually making a small dent in a large market.

In recent years, in both China and the U.S., there has been an increase in the purchase of electric cars. However, figures released by the International Energy Agency (IEA) show that less than one millions of such cars sold in a year are just a tiny fraction of the total cars sold annually.

In light of the exponential progress of technology, coupled with the demand for more environmentally friendly cars, even the conservative car industry will have to move forward in one way or another.

Fridman felt the industry is ripe for Aquarius engines.

The new engine they propose has only one piston, unlike the six to eight pistons the original engine has. It moves horizontally, creating the energy that then powers the car.

The advantages are numerous.

"The engine is much simpler, that's why it's cheaper to manufacture. An average engine ... will cost 1,200 euros to manufacture, ours costs 200 euros," Fridman told Xinhua.

What may hinder Fridman and his partners is that assembly lines of car manufacturers will have to adapt to the new product. This is not a simple transition that comes at a huge cost, making it less attractive.

However, the same manufactures are struggling to meet stricter government regulations and thus may be forced to considered the option offered to them by the Israeli start-up.

Governments and international agencies are increasingly attempting to decrease the emissions of carbon monoxide from vehicles. Transportation is a leading cause of air pollution throughout the globe.

"An average engine has between 20-30 percent efficiency. We are between 30-45 percent, which means we consume less energy and we pollute less," Fridman added.

According to the company, its engine allows cars to travel for about 1,600 kilometers on one fuel tank, longer than many cars currently do.

In an attempt to cut car emissions, the European Union (EU) announced at the end of last year that it will incentivize manufacturers to make more battery run cars.

Fridman does not believe this is feasible.

At the moment, battery operated cars are more expensive and their maintenance is also costlier.

This may make the Aquarius alternative a more attractive one for the future of the car industry.

The environmentally friendly alternative is offered by the Israeli firm, which said it is in negotiations with several car manufacturers but did not disclose the names.

For the start-up it may be an uphill struggle.

Many analysts in the car industry still believe the real push for change will be towards the improvement of fully electric cars.

The slow pace in which the industry adopts new technologies is definitely a challenge for Aquarius Engines. Experts said it usually takes between seven to ten years to implement new technologies in the often rigid car industry.

Still, in times when the cleaner air has become a top priority for many, the energy efficient alternative offered by Aquarius may be seen as a suitable solution.