OPINIONS Enterprises should be helped to restart production at the earliest

Enterprises should be helped to restart production at the earliest 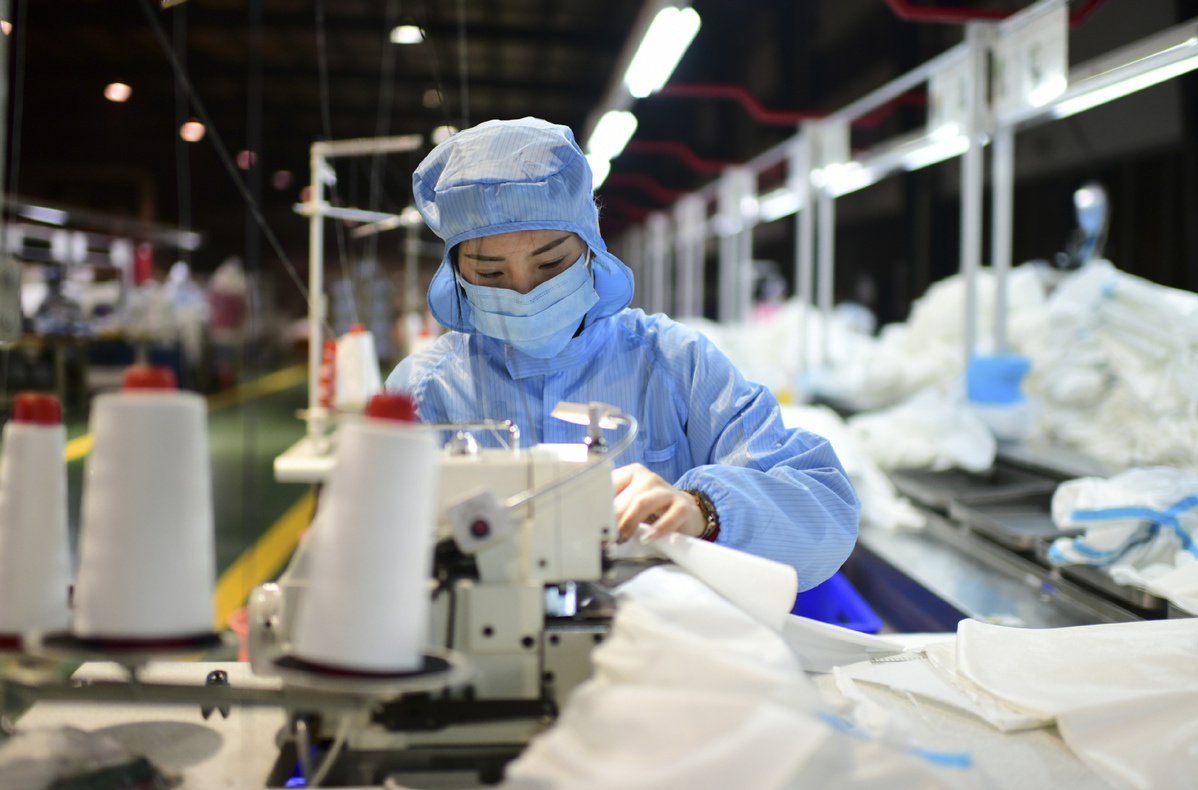 Workers produce medical shoe coverings at a company in the Bishan district of Chongqing on Feb 23, 2020. [Photo/Xinhua]

As the novel coronavirus outbreak has largely been contained, the focus now is on restarting economic operations, but a recent survey of private enterprises shows that many of them are facing hurdles to do so.

According to the results of a Canton Public Opinion Research Center survey of 104 private enterprises in Guangzhou from mid-February to March, the epidemic had hit 90 percent of the enterprises, especially the small and medium-sized ones, with most of them suspending production while facing rental, tax and social insurance expenditure issues.

In March, the research center surveyed the 12 enterprises that had been facing the greatest operational difficulties. Although by then the restrictions imposed for prevention and control of the epidemic had been eased in most regions, more enterprises were eyeing closure in March. The problems the enterprises now face are difficulties in restarting production while lacking sufficient finances.

Guangdong province has the most dynamic private economy, and the survey is indicative of the problems most domestic private enterprises are facing. Even though local enterprises are being encouraged to restart operations, impeding their efforts is the need to apply and register afresh, which is not necessarily straightforward.

China has done a good job of fighting the outbreak by quarantining and locking down places. But restarting production is of paramount importance now, because it not only relates to the national economy, but also to countless enterprises' survival and people's livelihoods.

Local authorities should actively help enterprises in restarting operations. They should also come to the aid of small and medium-sized enterprises by providing them financial aid, such as exempting them from paying rents or extending them loans to help them tide over this difficult period.