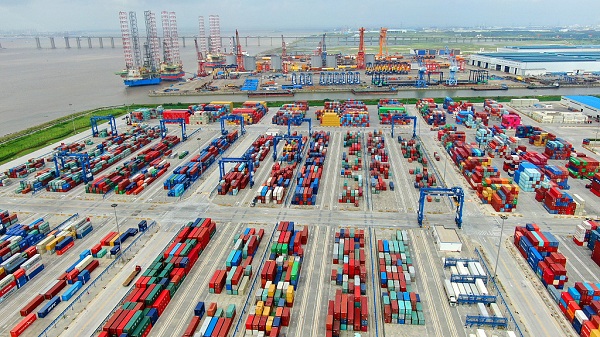 China and the US have confirmed that the China-US high-level trade consultations will resume on Tuesday in Shanghai. US Trade Representative Robert Lighthizer and US Treasury Secretary Steven Mnuchin will once again lead a delegation to meet with the Chinese team headed by Vice Premier Liu He.

The two countries will face arduous negotiations given huge differences in their positions. China requests equal negotiations and a practical resolution to the problems in China-US trade, and hopes the resolution will benefit both sides. The US, however, still wants to use levers, including tariffs, to maximize China's concessions, making the negotiations a unilateral process.

For China, a trade agreement should be combined with China's measures to expand opening-up. Outside pressure can motivate us to promote opening-up measures, but it should not sabotage China's economic system. After more than 40 years of reform and opening- up, China deeply understands the importance of an orderly adjustment and controllable process. We will not let foreign countries drive China's development.

Some US policymakers have been trying to forcibly transform China. They hope to force China to change its path and "defeat" China through the trade war.

The White House may focus more on trade and the economy, but as shown by an open letter signed recently by 130 retired US military officials and former  intelligence officials, US hawks are unleashing their power to affect the US position on China.

The trade war has greatly mobilized opposition between Chinese and American societies. Both sides believe the ties have been declining, and returning to the previous relative stability appears impossible. It is widely believed that trade talks will take a long time.

Washington still holds the initiative in the trade talks. Since placing pressure has not brought about a deal, the US should realize that only a win-win mind-set can lead to an agreement.

The US needs to truly implement the consensus reached by the two state leaders at the Osaka summit, making equality the key to breaking the deadlock.

Washington should be aware that the trade war may not lead to restructuring its trade with Beijing, but would drag the US into a costly and lengthy battle with limited political gain.

Can a trade deal be reached before the 2020 US presidential election campaign reaches fever pitch? The schedule was clearly in the White House's original design. However, because the strategic defense against each other between Beijing and Washington has greatly expanded, frictions ranging from cross-Straits, South China Sea to human rights have been tough to control. Both sides' original plans and expectations have become uncertain.

If Washington continues to put pressure on China, the chance of reaching an agreement acceptable to each other might be missed.

Washington must not think that it firmly holds the initiative and can reach an agreement whenever it wants. The US can't unilaterally set the conditions for a deal.

Even within the US, the White House does not have the final say on every issue. The longer the trade war, the closer the presidential election, the smaller space the White House has to make a decision.

China's attitude is clear. The US must understand China's stance and not arbitrarily deny the legitimacy of China's pursuit. Because such disavowal would be fermented in the US and turn into a stumbling block on the path to reaching a fair agreement with China.