Dialogue and consultation based on an equal footing and sincerity, instead of tariffs, are the only effective ways to break the impasse in China-US trade talks, experts said. 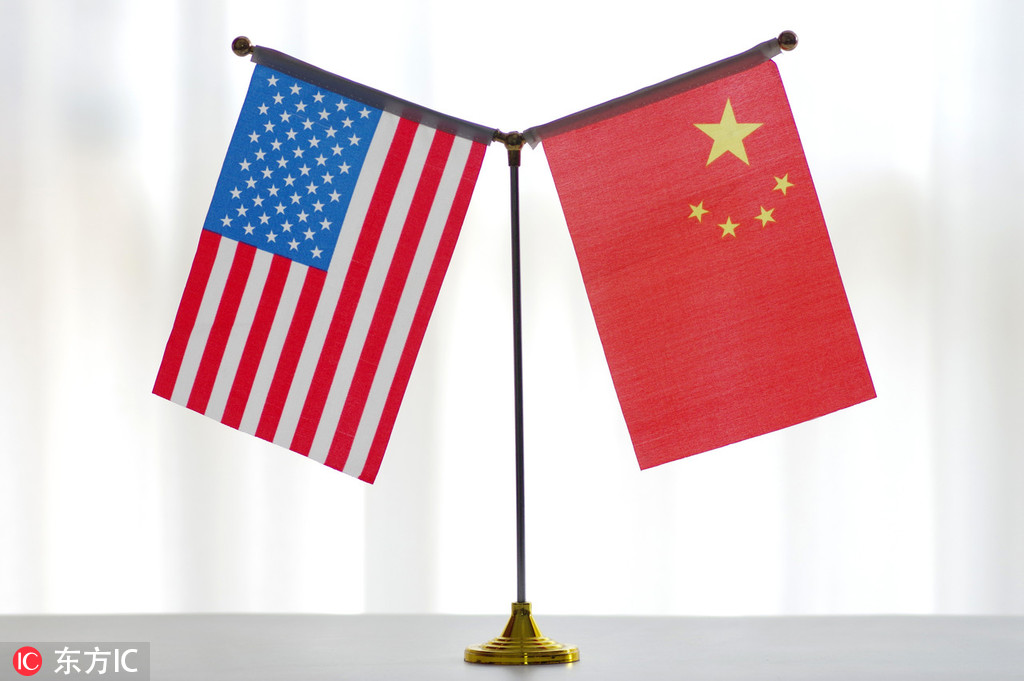 China and the US need to further align their interests and resolve their differences through mutually beneficial dialogues and consultations. (Photo: IC)

Their words came as top leaders of China and the United States are scheduled to meet during the upcoming G20 summit.

Wei Jianguo, vice-president of the China Center for International Economic Exchanges, said: "China and the US need to further align their interests and resolve their differences through mutually beneficial dialogues and consultations. Both sides need to show sincerity in future talks."

Tariffs only harm the interests of both countries' companies and consumers, and weaken global economic prospects, Wei said.

"Globalization is an irreversible trend," said Sun Xuegong, director of the Economic Research Institute of the National Development and Reform Commission's Academy of Macroeconomic Research.

Sun said he hopes the US government can realize that globalization is based on objective laws, and that Washington can respect facts and get back on track with China to pursue win-win results.

Dong Yan, director of the International Trade Office at the Chinese Academy of Social Sciences' Institute of World Economics and Politics, said it is a prerequisite that negotiators treat each other equally during talks, as any trade deal needs to address the concerns of both parties.

China's solid progress in its reform and opening-up is exemplified by the adoption of the Foreign Investment Law and a further widening of market access, Dong said.

The US government should not ignore such progress that China has made and keep putting pressure on the country, Dong added.

Washington has been threatening to impose additional tariffs on a further $300 billion worth of Chinese imports.

US Trade Representative Robert Lighthizer said last week: "If there's a better idea than tariffs I'd like to hear it. I haven't heard it."

Lighthizer made the remark in response to a question during a Senate Finance Committee meeting about what the US government's strategy would be if trade talks with China collapse.

Zhou Mi, a senior research fellow at the Chinese Academy of International Trade and Economic Cooperation, said the cost of imports into the US is bound to rise if the US government increases levies on more Chinese goods.

Zhou said major adjustments of the existing global division of labor cooperation can influence the quality of products, and prices will surge.

"It will greatly increase costs for US consumers, and they may have to choose products of lower quality but higher prices," the expert said.

The US Council for International Business said its members are concerned that the US proposed tariffs "will stifle the US economy".

"The imposition of yet another set of tariffs would affect many sectors vital to the US economy and jobs, thus severely impacting consumers and US competitiveness," said the business group in written comments recently submitted to the US Trade Representative office.

"No other country has the capacity to manufacture the broad array of ornaments currently made in China, and certainly not at the price points that most Americans can and are willing to accept," She said, adding that a tariff of up to 25 percent is "unfathomable for me and my colleagues in our industry", most of which are also small businesses.

The company of Thomas Harman, founder and CEO of privately run Balsam Brands, deals in artificial Christmas trees that require labor-intensive production and are "almost exclusively made in China".

"Imposing tariffs on artificial Christmas trees could be poorly received by American consumers given the importance of the Christmas tree in holiday celebrations and traditions," he said.