Erdogan will return to the presidential palace with even greater powers 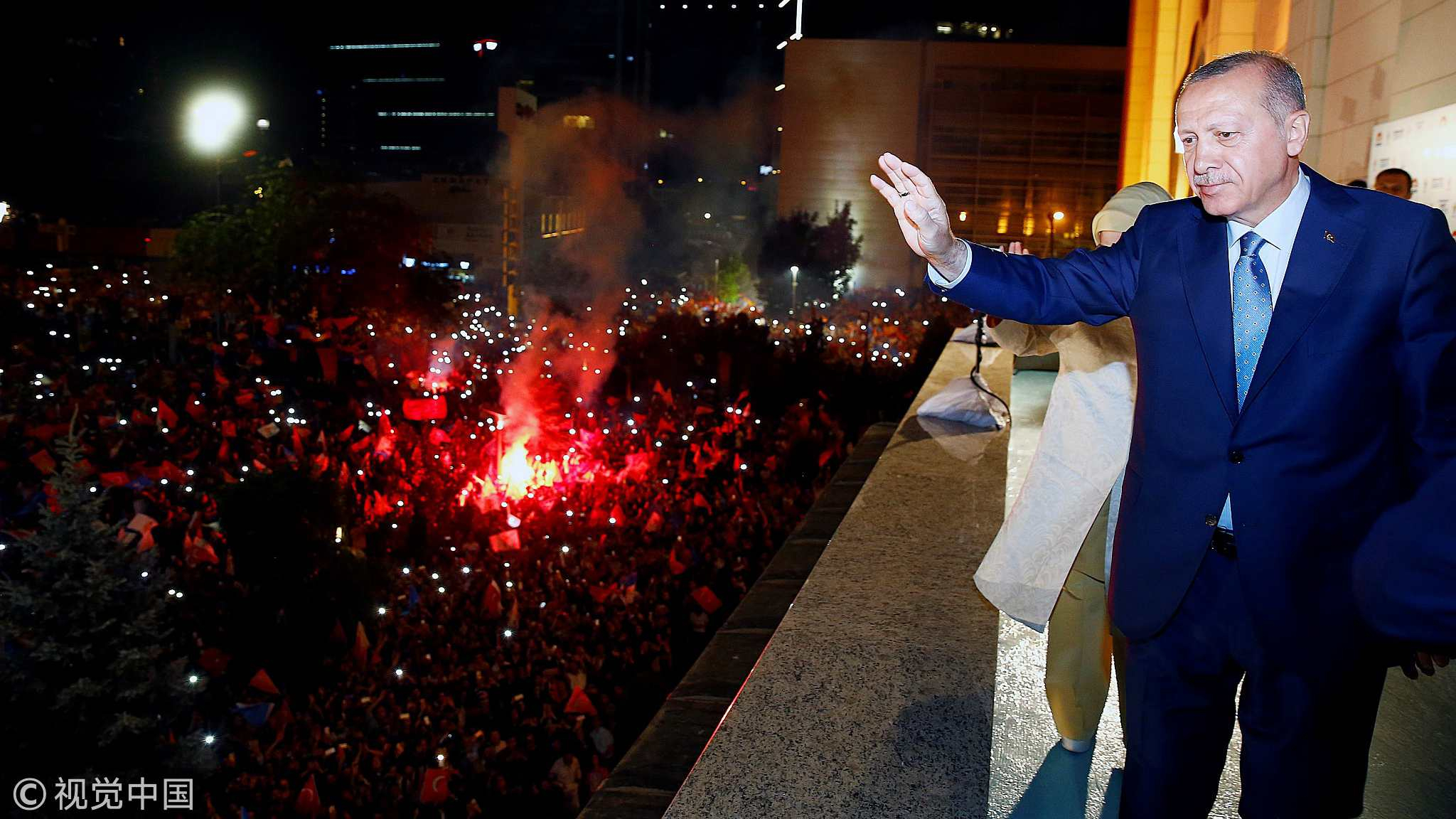 Turkish President Recep Tayyip Erdogan won a new presidential mandate in the first round of voting by winning more than half of the votes, the chief of Turkey's election authority said on Monday.

Bulent Aliriza, a director and senior associate of Turkey Project, CSIS, shares his insights on Erdogan's victory with CGTN.

The result of the election will be a new mandate for Erdogan who ruled Turkey for the past sixteen years, initially as prime minister and since 2014 as president. He called an early election, which was initially planned to be held in November 2019. According to Aliriza, the reason why Erdogan brought the elections forward is because of Turkey's economic recession. Erdogan was afraid a worsening economy would hurt his chances in 2019 but many also saw his holding early elections as a risk.

"Obviously, he thought that this would give them an advantage before possibly the economic situation got worse. And before the opposition parties were ready for elections. And his gamble seems to have paid off," Aliriza told CGTN.

Examining the transformation of the Turkish political system, Aliriza asserts that Erdogan will return to the presidential palace with even greater powers than before.

In the past, Turkey was a country in which the government held ultimate power, which means that the government is selected by the congress. The system had been in place for almost a century, since the country was established in 1923. However, a controversial referendum in 2017 swept away the previous parliamentary system as well as the office of prime minister and replaced it with a presidential system complete with a presidentially appointed executive.

In Aliriza's opinion, the amendments of the constitution mean that the new president of Turkey will be the greatest power in the country. The president of Turkey would be similar with the president of the US or France, be able to choose his or her own cabinet members. "Parliament will have some powers, but it will be …through a US system or the French system where the chief executive has all the power," Aliriza told CGTN.

“Tension” with the US and “intimacy” with Russia

Aliriza predicted that after Erdogan’s victory Turkey-US relations will worsen, while at the same time, he will improve the country’s relationship with Russia, gaining more benefits from Russia in terms of the diplomacy and economy. "Erdogan actually doesn't have tension with Russia. He's much more cooperative with Russia than he had been in the past. "

Aliriza looked at specific examples citing the facts that Turkey is planning to build a nuclear reactor with Russia, and planning to import Russian gas and buy Russian missiles. However, "the tensions are really with the United States and I do not expect those to dissipate." Aliriza believes that the tensions between the US and Turkey mainly lie on the Donald Trump's Middle East strategy and Turkey's ambition to gain more influence in the region.