As the 2020 League of Legends World Championship climaxed after the final between Damwon Gaming and Suning on October 31, an eSports month in China’s Shanghai came to its end, but a promising eSports future in the country just took off. 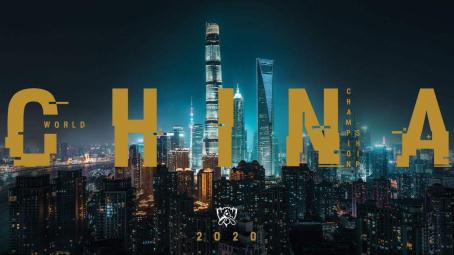 Shanghai is on its way to becoming the eSports capital of the world, said Nicolo Laurent, CEO of Riot Games, adding that it is playing a key role in China’s eSports boom.

According to industry reports by Newzoo, China will be host to the largest eSports audience with 162.6 million in 2020, followed by North America with an audience of 57.2 million.

In 2005, ‘Sky’ Li Xiaofeng was the first Chinese champion of Warcraft 3, a game released by Blizzard Entertainment, at the World Cyber Games (WCG) finals and defended his back-to-back champion the next year.

These events bring Chinese audience and gamers’ enthusiasm to a peak. China has stepped into a golden age of the eSports market.

The maturing eSports ecosystem boosts the thriving market and industry in China. Reports show that the supply chain of the industry has three levels.

The first level includes publishers of games, like Tencent, Blizzard and Netease, representing 89.2 per cent of the Chinese eSports industry's revenue, including income from game titles and tournaments.

Down this level are the leagues, events and teams, which are the basis of consumer brands and the industry.

The third level consists of live streaming platforms and eSports media. During the 2020 LOL World Championship, peak ‘activity score’ on Bilibili platform, the exclusive official partner of broadcasting rights, reached 300 million, and the tournament audience increased by 300% from 2019.

“In the past decade, our concerted efforts have made eSports evolve into a flourishing independent industry,” said Edward Cheng, Vice President of Tencent and Vice Chairman of GEF. “In the future, we will work with more partners to realize the standardization and globalization of the eSports market."

In 2019, eSports was officially been accepted as a career path in China. The Ministry of Human Resources and Social Security of China added “eSports operators” and “eSports professionals” to its growing list of approved career paths.

The government of Shanghai on June 11, 2019 released a set of guidelines revealing its plans to bolster the city’s eSports industry, with the aim to be an international eSports capital in three to five years.

This is not the first time that Shanghai, or other cities in China, has expressed an ambition in this field. Big or smaller cities are eager to join the trend.

Chinese teams now regularly compete on the global stage. It is getting common for people to see a Chinese team win, claiming victory in different competitions. The connection between eSports and China seems to be closer than at any other time.