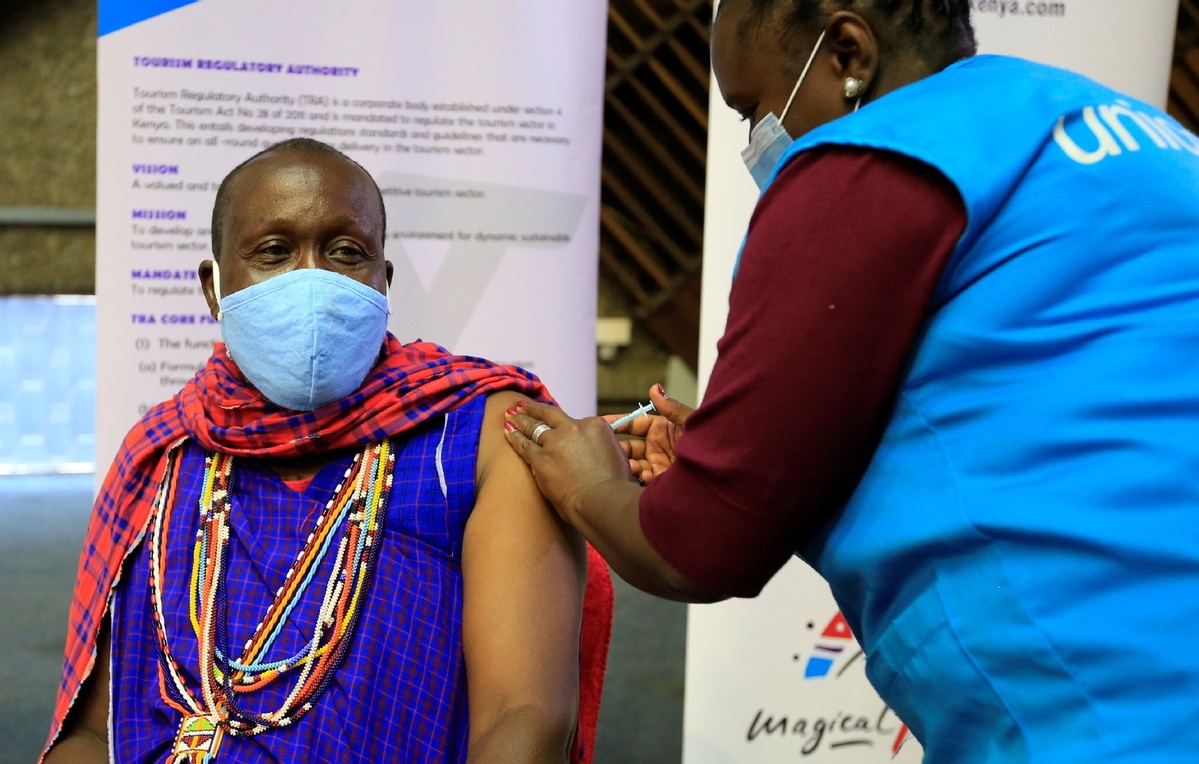 With the global economy hamstrung by the COVID-19 pandemic, Africa's development has been crippled. As a result, the development challenges African countries face have aggravated.

In such difficult times, equal access to resources of every kind is crucial to make sure poor countries do not become even poorer.

That explains why China called for a United Nations Security Council open debate on peace and security in Africa on Wednesday with a view to drawing the world's attention to the serious problems the pandemic is causing in Africa.

As far as the fight against the novel coronavirus is concerned, UN Secretary-General Antonio Guterres told the meeting that the limited supply and access to vaccines is hampering and delaying Africa's recovery from the pandemic. Out of 1.4 billion doses of vaccines administered around the world today, only 24 million, or less than 2 percent, have reached Africa.

This at a time when the number of infections and fatalities is on the rise in African countries.

If the situation further deteriorates in African countries thanks to the lack of medical resources to effectively contain the spread of the virus, what has been achieved in the fight against the virus in the rest of the world could be compromised.

Not to mention, some 40 million Africans have been pushed back into abject poverty according to UN figures, and UN Development Programme research this year indicates that Africans will account for approximately six out of 10 people around the world who will become poor.

If developed countries just look on and let the pandemic further devastate the development achievements African countries have made or make the situation even worse for them, the aid offered from the rest of the world to help those countries will just be wasted.

So it is important not just for the containment of the virus in African countries, it also matters for the overall development of those countries whether they have equal access to safe, efficacious, and affordable COVID-19 diagnostics, therapeutics, medicines and vaccinations for all.

China has done what it can within its capacity to help African countries, as it realizes how important it is to not let African countries fall behind in the global fight against the pandemic.

China hopes that the majority of developed countries will have a broad vision for the future development of the entire world as far as their strategy for the global fight against the pandemic is concerned.