OPINIONS Estimates of yearly data cause of gaps with census figures

Estimates of yearly data cause of gaps with census figures 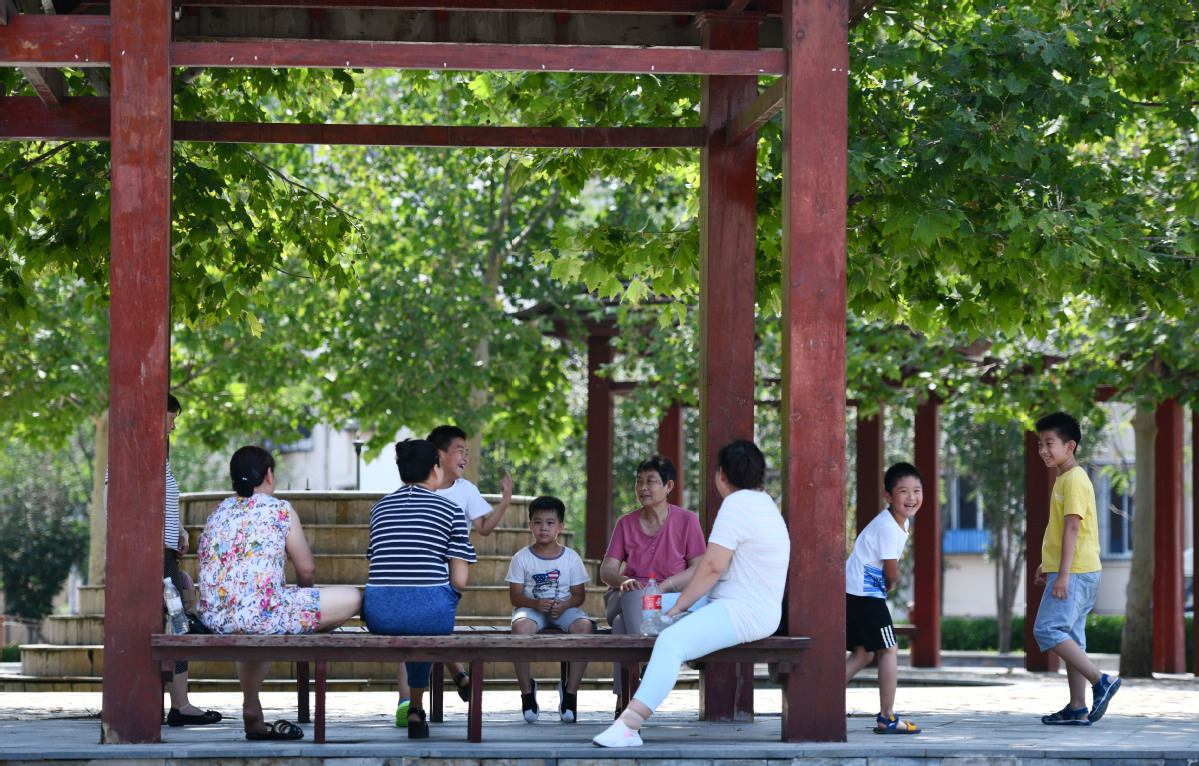 Grandparents and children relax at a pavilion in Tianjin. China's average household size is below the "three-person-family" benchmark. (Photo: Xinhua)

After the seventh national and provincial census data were released, some people might have been surprised to discover that many indexes, including the total population, population growth, age and gender structures, and the distribution of population between urban and rural areas and among ethnic groups, are not consistent－even have relatively large differences－with the yearly population data published previously.

For example, the 0-14-year-old population in the seventh national census is 253 million, 14 million more than the total number of births, 239 million, in the previous 15 years－between 2006 and 2020. Logically, the population aged 0-14 should have been much less than 239 million given the premature deaths of children in this age group. It might also be surprising to see the 15-59-year-old population in 2020 "suddenly" decrease by 20 million compared with 2019.

But it is normal for the census data and previously published annual population data to be different. The annual population data published between two censuses, such as the birth rate, death rate, population growth rate, total population, and the age and ethnic structures, are all based on comprehensive and scientific analysis, calculation and estimation of vital statistics, migration registration data, and sample survey data.

In the United States, the birth rate, population growth rate and total population published each year, too, are estimates based on a comprehensive analysis of births and deaths from the vital statistics system, international migration registration data, and population age data from the previous census.

Since it is a sample survey, which inevitably will have some sampling errors, these estimates will be close to the census data, but not in perfect agreement with them. When it comes to some indicators that require a large sample size to be more accurately calculated, such as the birth rate, ethnic minority composition and population indicators, the differences could be larger.

It is normal for the population figures for Guangdong, Northeast China and the Xinjiang Uygur autonomous region in this census to not tally with the previously announced annual population data, because the estimates based on sample surveys, which usually are close to but not necessarily as precise as the authentic census data, can be higher or lower than the actual census data.

So what to do in case the census data and annual population data announced in non-census years do not match, and which should be considered accurate? Given that the annual data in non-census years are estimates and the census data are the direct results of investigation and universal survey, the latter are generally used by the international community as the standard, and "inter-census population estimation technology" is used to verify and revise the main indicators of the annual population data between the two censuses, so as to make the specific data for each year consistent with the actual changes in population.

The missing report rate of the seventh national census is only 0.05 percent, lower than that of 1982 and a record low compared with the previous censuses, making it the most accurate census since the founding of the People's Republic of China. That has been made possible because of the high quality of the census survey, which highlighted the inconsistencies between the census data and some annual data in non-census years, with some gaps being relatively large.

After the census, the National Bureau of Statistics, based on the more accurate and authoritative census data, has verified and revised the data on birth rates and growth rates at the national level, giving a truer and more accurate picture of China's population growth and development.

The author is director of Population Development Studies Center at Renmin University of China.