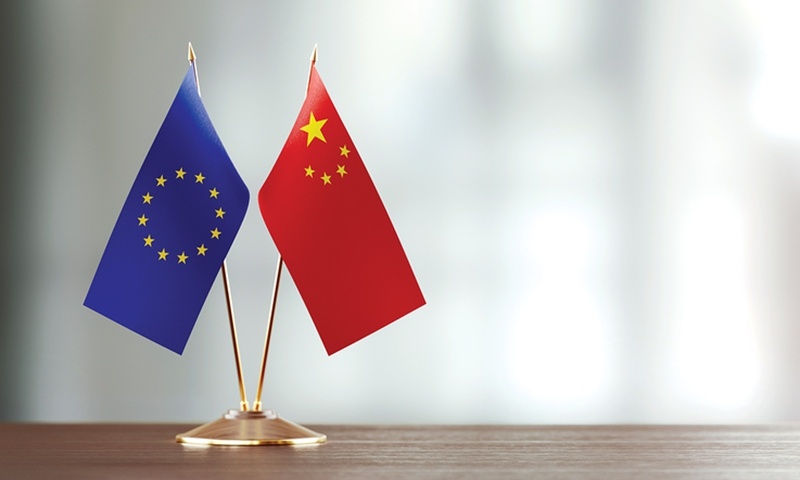 Before the end of the turbulent year 2020, the European Union and China finally completed negotiations on their bilateral investment treaty (BIT). This signals a landmark achievement for their effort to upgrade China-Europe relations. This agreement is expected to open much broader space for both European and Chinese companies to expand their businesses in each other's markets. This is particularly promising for Europe to capitalize on new market access to China's profitable manufacturing, financial services, and health industry. It also holds promise for research and development. It is hopeful that China-Europe economic cooperation will gain greater strength and institutionalized momentum in the future.

Furthermore, it is very likely that EU-China BIT will bring new impacts on the global geopolitics given that economic globalization has been increasingly frustrated with strategic competitions between big powers. Together with the Regional Comprehensive Economic Partnership, the EU-China BIT adds more weight to pluralistic global trade as the World Trade Organization had initially designed for such structures. This multilateral trading system has been continuously challenged and disrupted. It is therefore anticipated that major trading powers will realign to an extent that the geopolitical map of the world will be transformed.

Especially the US-EU transatlantic relations and the China-US-Europe trilateral strategic competition will be influenced by the EU-China BIT.

This new agreement might complicate transatlantic relations even though there is already a US-Europe consensus on the necessity of transatlantic geopolitical coordination to deal with China. Through the BIT, the EU and its member states - Germany in particular - are looking forward to reaping new benefits for their manufacturing giants. These behemoths have already harvested enormous profits from the Chinese market. These far exceed their domestic market gains. Meanwhile, the phase-1 US-China trade deal made in January 2020 has only partially implemented.

Some in Washington might view the finalization of the EU-China BIT talks as a signal of US-Europe discord. They could construe the treaty a further evidence that European elites want more "strategic autonomy" and "economic sovereignty." After all since late 2019, many European political elites and think tanks have advocated such concepts and policies.

The incoming Biden administration is promising to repair the US-EU relations. However, Europe is regaining its world role and dealing with China on its own terms - even if this inevitably displeases American political leadership and elites.

European political elites, particularly the Germans, are balancing this carefully. They maintain old frameworks for US security partnership but are also involved in open dialogues for business with China.

In other words, Europeans have always been very skillful with hedging their bets with both China and the US. They maintain strategic resilience to ensure both external political stability and substantial economic benefits from trade and outbound investment. However, as economic globalization faces growing crisis with populist fervor gripping sectors of Europe and North America, European leaders are questioning how to best balance Washington and Beijing. Both domestic and foreign pressures are tearing apart Europe's dual-track and double-hedge strategy.

Europe is facing the stress of feverish US conservatives who are pressuring the bloc to take side with Washington to form a united front against China. This has totally undermined the transatlantic alliance. It has left all of Europe nervous. It has even embarrassed some of the old European guard (especially German) establishment.

Inside Europe, there is an intensifying debate between Atlanticists and those Europeans who support more independence and autonomy from the US and NATO. The Atlanticists emphasize US-EU rapprochement on China-related issues. The latter argue for stepping out of the shadow of the US. This debate not only creates a tug of war and makes EU policymakers divided on transatlantic affairs, but also complicates future processes for ratifying and implementing the EU-China BIT.

Undoubtedly, the EU-China BIT deal can bring the Europe and China even closer for trade and investment. Great potential awaits businesses from both sides. Nevertheless, the deal will add more uncertainties to the intense trilateral strategic competition between China, US, and the Europe. The geopolitical trend of the world might be reshaped by this agreement in the future.

The author is professor and executive director of the Center for European Union Studies, Shanghai International Studies University.