EU economy to suffer more than US from ongoing geopolitical conflict 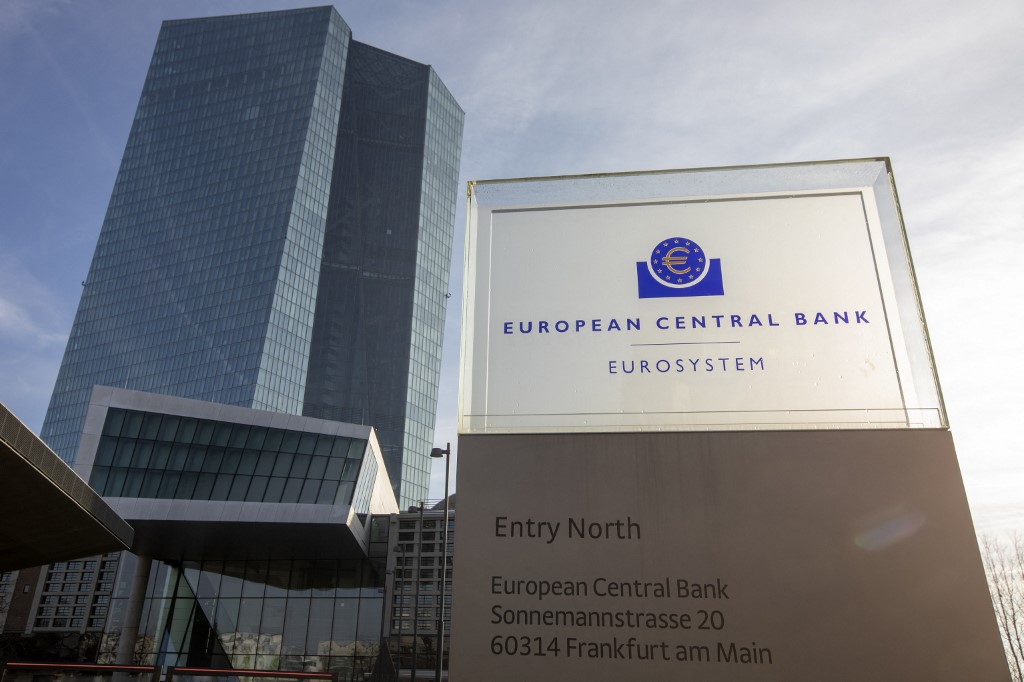 The ongoing geopolitical tension between Russia and Ukraine is likely to disrupt the energy supply system for a long time, threatening the European economy with a potential recession as little policy support is available now. The U.S. bond market is flashing recession signs but the risk doesn't look imminent.

The European Union (EU) has announced intentions to reduce its demand for Russian gas by two-thirds before the end of the year and make Europe independent from Russian fossil fuels before 2030. Russian President Vladimir Putin last week ordered gas contracts with "unfriendly" countries to be settled in rubles rather than in foreign currencies.

The tit-for-tat situation means the EU needs to look for sufficient replacement before next winter or even before the coming summer holidays. Otherwise, rising demand for energy will likely send prices even higher.

The U.S. and the EU announced a liquefied natural gas (LNG) supply deal last week that aims to reduce Europe's reliance on Russian natural gas. The EU will get at least 15 billion cubic meters of additional LNG supplies by the end of 2022, according to the agreement.

However, the amount specified in the deal isn't nearly enough to replace the Russian imports.

EU last year imported 155 billion cubic meters of natural gas from Russia, accounting for around 45 percent of its LNG imports and close to 40 percent of its total gas consumption, according to data from the International Energy Agency.

Having that said, the extra natural gas supplies from the U.S. won't do much to relieve the European energy problem. Rising household energy bills have limited household spending and sent the consumer confidence index to its lowest level since May 2020.

Energy prices substantially rose on supply shortages in March. Factory activity also slowed in the eurozone in March as the manufacturing PMI dropped by 1.2 to 57.0, the lowest level since January 2021. Since there can be no quick fix to the supply shortage, consistently rising LNG prices are expected to accelerate inflation and slow growth.

As the prices of raw materials and energy continue to rise, European companies would have no other better ways to protect their profit margin than by transferring those costs to consumers and thusly triggering broad-based inflation. Despite geopolitical events weighing on the European economy, the European Central Bank's (ECB) main objective, for now, is to curb inflation rather than support growth.

Earlier this month, ECB President Christine Lagarde said the central bank would have extra space between the planned end of the ECB's quantitative easing program this summer and the first rate hike in more than a decade. The message here is clear: The Russia-Ukraine conflict would only force European monetary authorities to introduce more tightening policies to curb inflation, instead of stimulus programs to support growth and stabilize financial markets.

Eurozone government debt to GDP ratio now stands around 98 percent, according to data from Eurostat. Levels were at 67 percent in the global financial crisis of 2008 and 88 percent during the Greece debt crisis in 2012. Bonds traders haven't felt comfortable since the beginning of March, and many regions' 10-year government bond yields are now much higher. Germany, France and Italy's 10-year government bond yields all have jumped around 40bps in the past 30 days. That can be interpreted as buyers either demanding much higher yields as compensation for additional default risk or anticipating more hawkish ECB policies ahead.

U.S. economy not likely to head into recession

Soaring energy prices are also complicating the U.S. economy as inflation has forced the Fed to tighten its monetary policy at an aggressive pace. Moreover, an inversion in the U.S. 5-year and 30-year government bond yield curve for the first time since 2006 raises the question of whether the world's largest economy is also heading into a recession.

In the past, an inverted bond yield curve, meaning short-end bond yields were higher than long-ends, was a reliable indicator for predicting an upcoming recession. For example, yield curve inversions appeared in 2007 and 2019, and both times were followed by recession and financial crisis in the following year.

However, the yield curve may not be a good indicator for predicting a recession this time.

That's because, as the Fed purchased historical amounts of long-end bonds over the past two years, it effectively suppressed long-term bond yields. Its current aggressive rate hike plan will likely more easily spur short-end rates, which is more sensitive to the Fed policy rate.

Based on the current unemployment rate, which is at near historical low levels, and other key economic indicators, the American economy is not likely to head into recession in the next 12 months. By then, the Fed policy rate could be already at 2 percent, offering some room for the central bank to reduce rates if economic conditions quickly deteriorate.