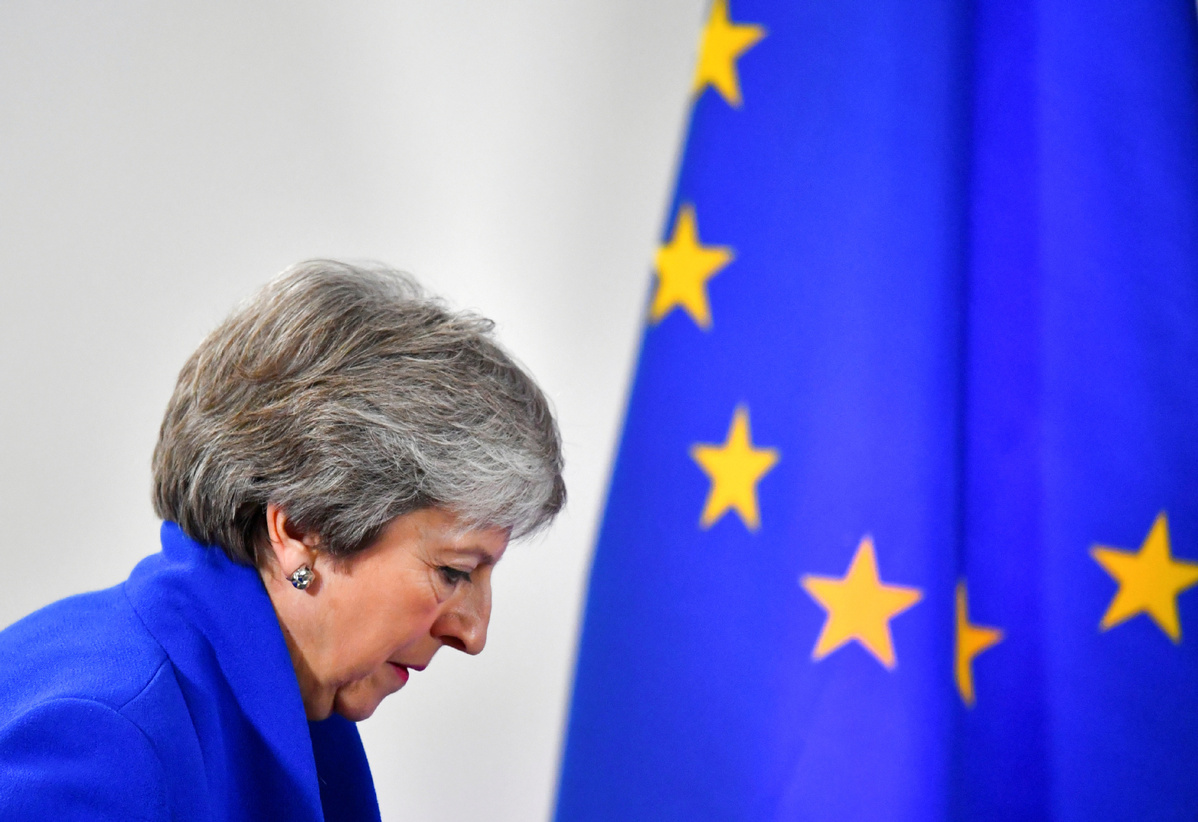 Britain's Prime Minister Theresa May arrives for a news conference after an extraordinary EU leaders summit to finalize and formalize the Brexit agreement in Brussels, Belgium, Nov 25, 2018. (Photo: Agencies)

The results of the European Parliament elections show pro-European Union political parties have a fragmented majority, while anti-EU right-wing groups on the continent have made eye-catching political gains. There is no doubt this stark divide in public sentiment will have a far-reaching influence on the world's largest trading bloc's decision-making process as well as its interaction with the rest of the world.

For those who support European integration, Monday's election results will have been greeted with a sigh of relief as pro-EU voices across the continent still speak louder than those opposing closer EU integration. Brexit has dealt a heavy blow to the EU, and solidarity is badly needed in Brussels.

Yet the fact that far-right political groups in various EU member states have gained more seats in the elections means there will be more anti-EU, anti-immigration and anti-Muslim rhetoric in Brussels in the foreseeable future.

The more polarized political landscape will pose an unprecedented challenge to the bloc as it charts its future trajectory. The rise of anti-EU parties, which is seen in the victory of the nationalist parties led by Matteo Salvini in Italy, Marine Le Pen in France and Nigel Farage in the United Kingdom, is not good news for those hoping for greater European integration.

To a large extent, the changing political landscape within the EU reflects the difficulties the bloc has faced in addressing multiple problems including imbalanced development, a wave of immigration, slow economic growth and the Brexit shambles.

No wonder concerns over the future of the bloc and dissatisfaction over the decision-making process in Brussels have grown day by day. The results of the four days' voting for the 751-seat European Parliament have revealed how deep people's concerns are, and that the bloc now stands at a crossroads.

The EU needs to shore up greater political will to address the woes it is facing and prevent the centrifugal forces from gaining further momentum. To curb the rise of the far-right, it needs more practical measures as well as pragmatic policies that can help narrow the development gap between its rich and poor members and properly address people's concerns, not least about immigration.

Taking a broader view, the political changes in Brussels that will be the natural result of the elections, will also make their mark in the bloc's foreign policy and its interaction with other players in the world arena.

As a major advocate of a free market and trade liberalization, the EU is looked upon as an important defender of free trade and globalization. It is also an important pole in a multi-polar world, and this is especially significant as unilateralism has raised its ugly head in the world arena.

Whether the EU can hold its position on these issues, and others such as climate change, and project its influence on the world stage depends on the political wisdom of the bloc's incoming leadership and the policy trajectory it chooses to take.