OPINIONS EU harming itself by clinging to US: China Daily editorial

EU harming itself by clinging to US: China Daily editorial 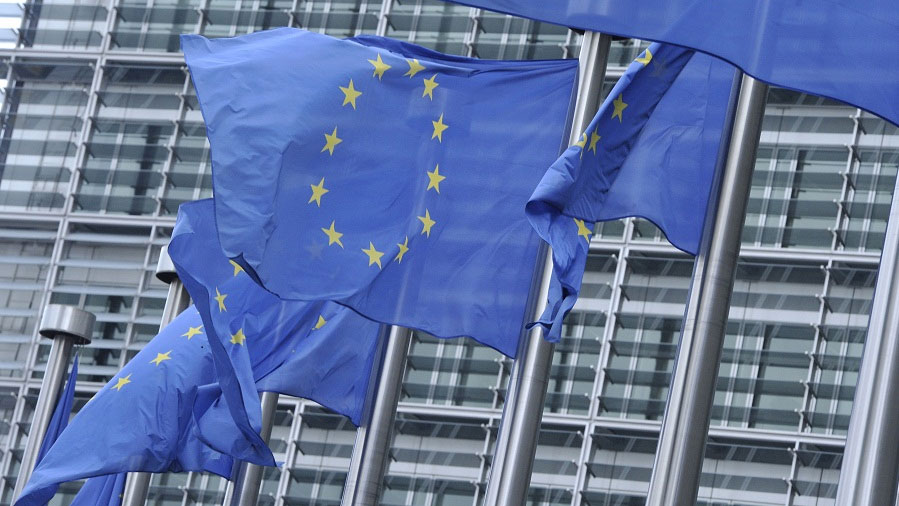 The European Union flags in front of EU headquarters in Brussels, Belgium. [Photo/Xinhua]

Europe is now heading toward a recession. European Central Bank President Christine Lagarde on Monday described the eurozone's economic outlook as "darkening", and expects business activity to "slow substantially" in the coming months as a result of skyrocketing prices, decreased spending power and the overall uncertainty caused by the Russia-Ukraine conflict.

Next year will "certainly" be "a difficult year" and the first three months of 2023 "will most likely be negative, as we believe that the fourth quarter of 2022 will be negative as well", she said while addressing a hearing of the European Parliament's Economic and Monetary Affairs Committee.

The Organization for Economic Cooperation and Development has lowered its global economic growth forecast for 2023 from 2.8 percent to 2.2 percent, and also warned that many European countries could face a recession next year.

An OECD interim report released on Monday said that further disruptions to energy supplies would hit growth and boost inflation, especially in Europe where they could reduce growth by 1.25 percentage points and raise inflation by 1.5 percentage points, pushing many countries into recession for the full year of 2023. It was particularly gloomy on the economic outlook for Germany, as Europe's largest economy is heavily dependent on natural gas supplies from Russia, which have been disrupted due to the Ukraine crisis.

The difficult situation that many European countries find themselves in may offer a chance for them to reflect on what has led to their current predicament and an adjustment to their self-damaging United States emulating foreign policies.

For example, trade between China and the European Union saw robust growth of 27.5 percent year-on-year in 2021, showing vigor and resilience in their economic cooperation despite a weak global recovery because of negative consequences of the COVID-19 pandemic. China remained the EU's largest trading partner, and the EU China's second-largest trading partner.

Yet against this background, the EU, obviously pressured by the US, has adopted a much tougher stance on China over the past year, introducing new rules that enforce closer scrutiny of Chinese investments in Europe. It has also imposed sanctions on China citing human rights violations, and declared China a "strategic rival". Such hostile policies are already closer in line with the confrontational policies the US has adopted toward China.

Aping the US' confrontational stance risks further harming the EU's cooperation with China, which is detrimental to the economic interests of its members. The EU should act more independently, rather than allow the US to dictate its policies.