OPINIONS EU slaps US over failure to contain COVID-19

EU slaps US over failure to contain COVID-19

The European Union (EU) is set to "discriminate" against the US. According to US media reports, the EU is considering reopening its borders on July 1, but will prohibit American travelers from entering the bloc as the US has obviously failed to contain its COVID-19 outbreaks. At the same time, China is included on the draft list of acceptable travelers. 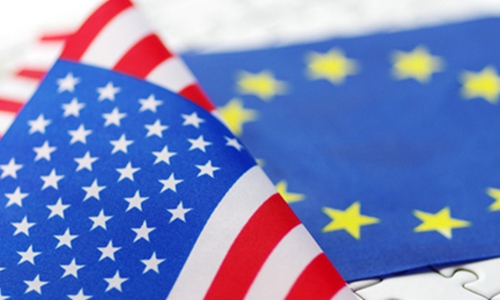 This is a "stinging blow to American prestige in the world and a repudiation of President Trump's handling of the virus in the United States," The New York Times reported on Wednesday.

The US federal government has essentially done just two things regarding COVID-19. First, it has bragged about how powerful US measures are and how remarkable their results are. Second, it has blamed China for US losses, making China its scapegoat. This is the most shameless self-deception the world has seen in recent decades. They are fooling themselves, but the world is well aware what the US' anti-virus fight truly looks like.

The EU has reportedly devised unified standards to determine which countries' travelers are permitted entry, and the US has been excluded as it fails to meet these clear-cut standards. It left an impression of EU's "discrimination" against the US. Obviously, the US will be discriminated more often in the future. The US reported nearly 32,000 new infections on Saturday. "As of Monday, the nation's seven-day average of daily new COVID-19 cases increased more than 30 percent compared with a week ago, according to the analysis of Johns Hopkins data," reported CNBC on Tuesday. How can anyone argue that the pandemic in the US is put under control? It is now summer, what will happen when winter comes?

Rather than sparing no effort in the fight against the pandemic, US politicians are busy calculating how to fool the US public by blaming others. How can the country not expect to pay a price for this outright negligence? If the latest media reports are correct, it can be argued that the EU has publicly slapped the US on the face.