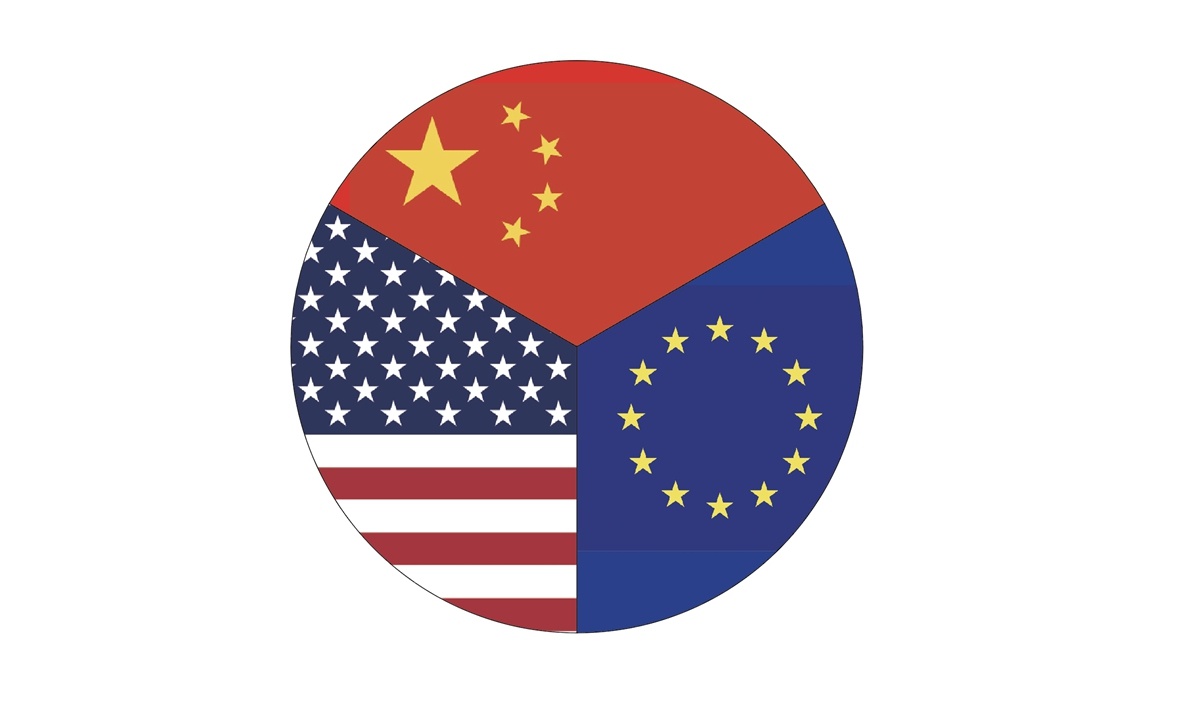 The US election cycle is about to close its final curtain with Joe Biden poised to be finally approved by the Electoral College in January. How will the new US administration under Biden deal with its relations with China? Where will the trilateral ties among China, the US and Europe head? The Global Times collected opinions from six speakers at the 6th China and Globalization Forum held on Wednesday and Thursday, organized by the Center for China and Globalization, a think tank based in Beijing.

Assuming Biden takes office in January 20, you could see the new administration will be in motion with three points.

First, they would formally bury "America First" in favor of alliances and allies, and the international institutions. There will be a serious effort to organize and reorganize America's allies and alliances to compete with, to counter, to indeed counterbalance China. I think we'll see very quickly the reversal of President Donald Trump's decision to withdraw 12,000 troops from Germany.

Finally, on China, the Biden administration will try to demonstrate it's tougher than the Trump administration on China, but smarter. There won't be the preoccupation fixation with a bilateral trade balance. But there will be an effort to push back across the spectrum.

Chairman of Munich Security Conference; former German ambassador to the US

I see a lot of euphoria in Europe, in the commentary in the media about the election of Biden to be the president of the US. I am personally also pleased because I think this is a good development. But I warn against too much euphoria.

The underlying issues will not automatically go away. We will continue across the Atlantic to have serious issues about burden-sharing and defense. We will have issues on trade. I'm not so sure how easy it would be for the future Biden administration to rejoin the Iran nuclear deal.

The most important thing I think is China. Biden has said several times during his campaign that he will be tough on China. We should not expect Biden to soft pedal on China. The US congress is not in a friendly mood with regard to China. And that means that for us in the EU, figuring out a consultative arrangement with the US to agree or to disagree, or to work together in our relationship with China, is going to be a serious challenge.

Another problem is that the Trump era will have produced, when it's over, a significant element of distrust or mistrust, because even if Trump is gone on January 20, the Trump voter base - 70 million people - will continue to exist. We will not have a guarantee that for years some kind of Trump No. 2 might not reappear. There is now a question about the reliability, the sustainability of US positions that has not existed since WWII. That makes things a lot more difficult than in the past.

Chairman Emeritus of the board of trustees at the Brookings Institution; Global Co-Chair at Asia Society

I have always believed that China's rise was in the interest of the Chinese people, its neighbors, and the world, including the US. All of us have heard many times how the US-China relationship is at an inflection point. I have always been skeptical of such an idea. And I remain so today.

They should be communicating frequently. This is exactly what President Trump and President Xi did when Trump first came to power. It worked. They should also assign very high-level working teams to create a roadmap for all serious issues. And the sequencing of those issues, the responsibility for them, and the timeframe during which they'll be addressed all require these high-level teams to work face-to-face. That model works every single time. The sheer existence of such a process will be reassuring and stabilizing to both countries in the world. And it will improve the outcomes.

After Biden takes office, his stances on multilateralism, tariffs and the trade war may differ from Trump. Both US-EU and China-US ties would be eased under Biden presidency.

As Biden underlines the significance of ideology, his administration may regard China as a strategic rival in terms of ideology. The EU also sees China as a systematic challenge. This could make the US and the EU get closer in coping with China. The EU will not only cooperate with, but also compete with China and the US in almost all fields. Yet European countries will emphasize strategic autonomy more, instead of following the leadership of the US.

Senior Research Fellow and Director of the Department of European Studies, China Institute of International Studies

US-EU relations will be boosted, but it does not mean that the transatlantic ties will return to the good old days. It is also unclear whether the future improvement of US-EU ties will boost the likelihood of them teaming up against China. There have been many frictions between the US and the EU over the past four years. Against this backdrop, Europe will be reluctant to become an instrument of the US to contain China. The most progress the EU has made in recent years is its pursuit of strategic autonomy, which signals that Europe is unwilling to blindly follow the US.

The improvement of China-US relations cannot be expected too much under the incoming Biden administration. Biden was vice president of the Barack Obama administration, in which an aggressive rebalance to Asia-Pacific strategy and the Trans-Pacific Partnership against China were proposed.

In terms of US' relations with China, Biden will behave smarter, and more strategic. Trump received over 70 million votes, revealing that many Americans are reluctant to discard Trump's legacy. With such a large following on social media platforms, such as Twitter and Facebook, Trump will easily affect or threaten the Biden administration. Biden has to win the support not only from Republicans and Democrats, but also all groups in the US. Therefore, it is unrealistic to expect Biden will terminate the trade war against China.