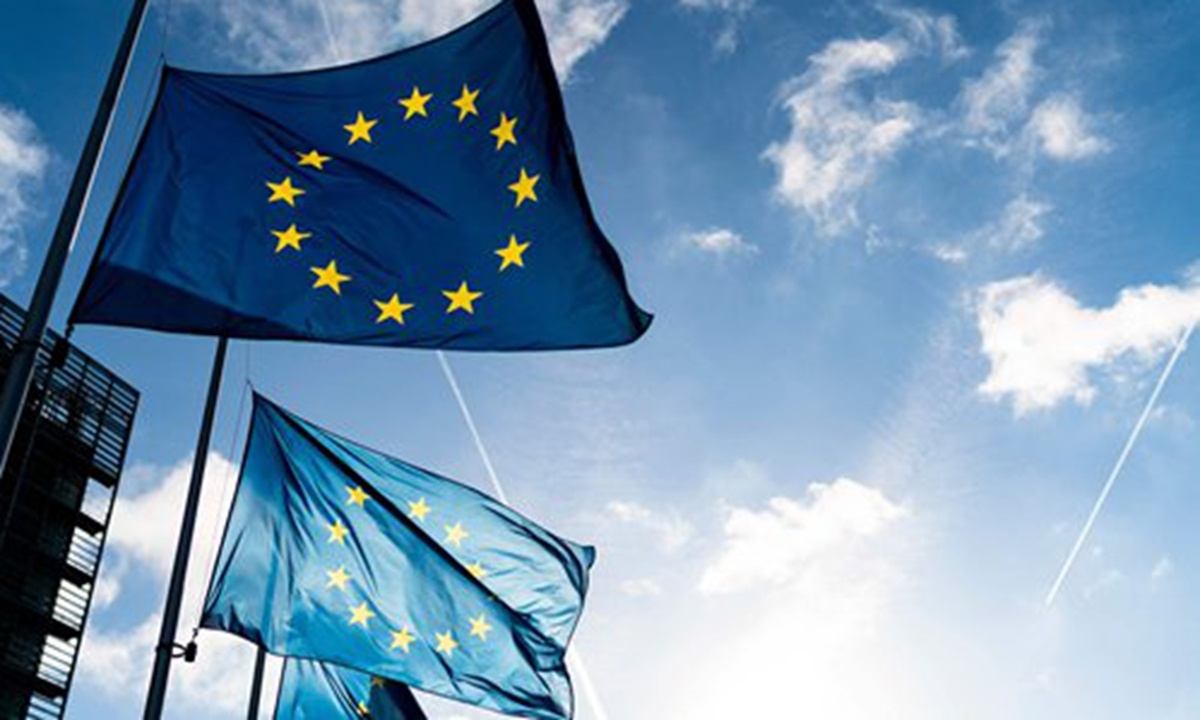 Josep Borrell, high representative of the European Union for Foreign Affairs and Security Policy and vice president of the European Commission, has asserted that the EU, "needs a strategic approach for the Indo-Pacific" on March 12. With the US ratcheting up efforts to get further involved in the Indo-Pacific region, observers are questioning if the EU will issue its own version of an Indo-Pacific strategy.

In general, it is not very likely that the EU will issue a document especially targeting the region. It may only issue its global strategy according to the latest trend and spare plans for the Indo-Pacific.

The Indo-Pacific region and strategies around it have been cast with a US label. But the US strategy to the region aims at wooing US allies and containing China with the ultimate aim of reinforcing US hegemony. Regardless of the rhetoric that might arise from other countries, the US focus will involve more security and military connotations.

But the EU, in essence, is a regional economic organization whose role is to coordinate member states for economic integration across Europe. It does not give a detailed consideration regarding security strategies, especially outside Europe.

In its previous strategy documents, the region was not given high priorities. Its geography determines that its focus of attention is the Balkan region, Eastern Europe, and the Baltic Sea. This is followed by the Middle East and Africa. Central Asia and Afghanistan come next. Its security focus is NATO and the US-led transatlantic relationship, and Eastern Europe is under the influence of Russia. The Indo-Pacific region is unlikely to be a strategic concern.

The strategic security of the EU has remained on paper without much substance. The military strength is controlled by each EU member state, and integration of EU security has remained a visionary idea. The EU has not developed to the extent where it can set up a force independent from each member state.

Meanwhile, Germany's military strength is relatively weak as it has depended too much on the US. France's stake in the Indo-Pacific is small since it has sent only a few warships to the region.

With the UK no longer part of the EU, the cost of negotiations and coordination among the UK, France and Germany (as the three strongest military powers in Europe) will be higher. This actually weakens the EU's mobility in terms of strategic and security affairs.

For the past several years, there have been doubts that whether Europe has unified foreign policy. After all, every EU member state has its own calculations.

France has always advocated strategic independence from the US, hoping the Franco-German axis could play a more active role. But Berlin advocates more to rely on Washington.

Therefore, there is bound to be divergences in the EU's version of its Indo-Pacific strategy.

While voicing its interest in the Indo-Pacific region, the EU has positioned itself as a follower of the US. In the Asia-Pacific, the US has already established a complete alliance system with Japan and South Korea. It is also promoting its alliance with Canberra and the quasi-alliance with New Delhi under the Quad framework. The EU's support to the US will be limited to words. It will not have solid assistance in terms of military actions.

As Borrell wrote, "From trade and investment, to connectivity, climate action and security, we have a big stake in the Indo-Pacific and should do our part to keep the regional order open and rules-based." This mirrors the EU's approach to Indo-Pacific affairs is different from that of the US - which has its eyes on hegemony. The EU wants to follow the US to pile pressure on China on the one hand. Yet on the other hand, it still wants to do business with China and expand its Chinese market.

The implementation of an Indo-Pacific strategy is a delicate exercise for Brussels to undertake. It requires EU decision-makers to have a clear vision of its interests. That being said, the EU will not jeopardize its China ties when making moves in the Indo-Pacific region.