OPINIONS Europe, China must come together for Africa

Europe, China must come together for Africa 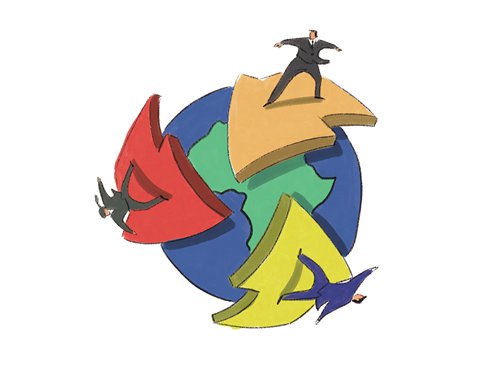 In 2017, African and European leaders gathered in Cote d'Ivoire in order to strengthen political and economic ties and address lines of cooperation for the future. It was the fifth summit since 2000. In 2018, China hosted the FOCAC summit in Beijing. Both EU and China have had historical relations with Africa, they both need its resources and, above all, want it to be stable. However, the paths have been radically different: slavery, colonization, evangelization and exploitation without development in the first case; anti-colonialism, anti-imperialism, fight for national independence in the second. The Joint Africa-EU Strategy, defined in 2007, tried to develop a shared vision and common principles. International cooperation framework between EU and African, Caribbean and Pacific (ACP) countries is another form through which Europe related to Africa in many fields since the 1950s. In each case, statements on equal partnership and common decision processes have never corresponded to a real reciprocity. During the centuries of European contacts and engagement with Africa, we cannot find the beginning of real development in terms of industrialization and modernization. The previous conquer-and-colonization was replaced in the post-colonial phase by the economic and military entry of US, and new forms of Western multinational exploitation through technological supremacy and financial means. All European/Western interventions in Africa attached to conditionalities and various forms of interference in internal affairs. To receive aid or loans each country was obliged to follow pre-conditions and had to follow the European agenda. The origin of sovereign debt crises in Africa and other newly independent countries comes from this Western way of managing the credit system at the time. Unfortunately, leaving Africa dependent on Europe was a strategy. Otherwise, it is hard to understand why we never engaged in building basic infrastructure to connect African regions internally. You cannot understand why no air links have been developed. It is also incomprehensible why there is so much underdevelopment if we do not consider, for example, the military and financial control of Paris. Not to mention the most recent "humanitarian" intervention under the label "responsibility to protect" that destroyed Libya and led to the spread of terrorism."After African independence, Europe is still trying to dominate Africa through culture, language, religion, finance and technology," said retired General Giorgio Spagnol. "There is no doubt that Africa is yet again at the receiving end of the Europe-Africa 'partnership.' By defining and imposing political models for managing African countries, Europe seems determined to maintain the way the Africa-Europe 'partnership' is currently structured." On the contrary, if we look at the Chinese approach to Africa we find a sense of concrete cooperation. We have a sign of a different model of cooperation that could become a reference for the entire world, and specifically an opportunity for Europe to differently cooperate with Africa. First railways, satellites, joint training programs, greenfield investments, schools, hospitals, Special Economic Zones, etc. Looking for its needs, land, raw materials, energy, China is establishing mutually beneficial relations with many African countries, as recognized, among many, by UN Secretary General Antonio Guterres, who said, "China-Africa cooperation is fundamental for African success and is contributing to global development and peace." Putting in place plans to develop and stabilize Africa is fundamental for both China and Europe, it is the only real answer to migration crisis, spread of terrorism and underdevelopment. It is at the same time a great opportunity, but based on a different cultural approach, embedded in mutual respect. Italy, at the center of the Mediterranean basin, at the European periphery, on African, European and Asian borders, expressed and proposed a new EU cooperation platform with China in Africa. My wishful thought is that Italy could be able to influence the EU in this direction, as in the official intention of the undersecretary Michele Geraci and the former European Commission president Romano Prodi.