OPINIONS Europe is paying a high price for ignorance, stubbornness

Europe is paying a high price for ignorance, stubbornness 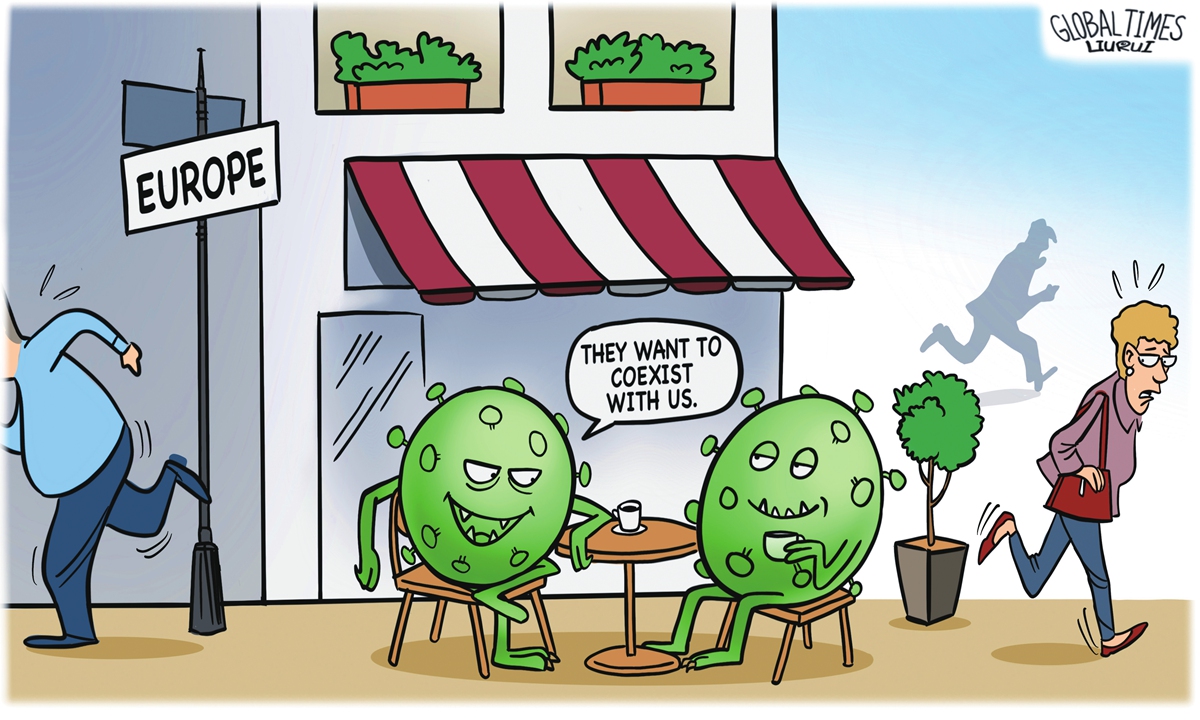 The Washington Post reported on Saturday that Europe has once again become the epicenter of the coronavirus pandemic, saying this is "a development fueled by slowing vaccination rates, spreading misinformation and loosened restrictions."

The prevention measures of the European countries are now largely defined by their understanding of the virus and their social environment. Europe has made the decision to live with the virus, mainly because infection rates are no longer regarded as important in Europe. The focus has shifted to a level that is acceptable as long as the hospital systems are not overwhelmed.

The West seems to have fallen into a cycle of ignorance and stubbornness. There are still a lot of comments about the Washington Post's tweet that question and protest wearing masks and vaccinations. For the West, economic and social recovery is more important than controlling infection rates. Over the years, the West has developed a game between respective citizens and their governments. People are generally unwilling to cooperate with the government's unilateral controls, unwilling to obey, but also insisting that as long as the government requires, they must fight against it, must speak out, and even must oppose it. Europe falling as the epicenter of the pandemic again is the price its people are paying for such stubbornness.

"In the West, the pandemic is not just an issue of medical science, but a political and economic issue. Governments and businesses are more worried about a protracted pandemic undermining a fragile economic recovery rather than their people's livelihood," Cui Hongjian, Director of the Department of European Studies at the China Institute of International Studies, told the Global Times.

German media outlet Deutsche Welle asked on Wednesday, "How long will China persist with its 'zero-covid' strategy?"As the virus continues to spread in Europe, it is time to ask, "How long will Europe start to learn from China's 'zero-covid' strategy?" As criticisms of China's strict quarantine measures have increased on social media platforms, Western media have taken aim at China's dynamic zero-case policy. They have downplayed the sustainability of the country's pandemic prevention route. That is caused by their misperception of China's dynamic zero-case policy. The zero-case route is the result of China's optimization and adjustment after witnessing the impact of multiple waves of the virus.

The dynamic zero-case is not something that any country can do even if it wants to do it. Western public opinion's attack on China's dynamic zero-case policy reflects their jealousy. European citizens are not as cooperative as Chinese people are with their governments. In the current political and social framework in Europe, it will be very difficult to achieve and complete dynamic zero outcome. They are left with no other choice but to "live with the coronavirus."

"Pandemic prevention policy is actually a reflection of the attitude of a country's government toward its people. China has chosen a dynamic zero-case policy, which reflects the responsibility of the government to serve the people. And the latest situation in Europe has shown the world what it takes to 'live with the virus'," Cui noted.

The huge losses caused by this model seem to have become the norm of Western society. Western public opinion lost the moral high ground to judge China's COVID-19 combat when they recklessly became the epicenter of the new pandemic. If European countries cannot pull themselves together, their economic interests - what they see as one of the most important things - may also be damaged.