OPINIONS Europe needs to keep an open door to China

Europe needs to keep an open door to China 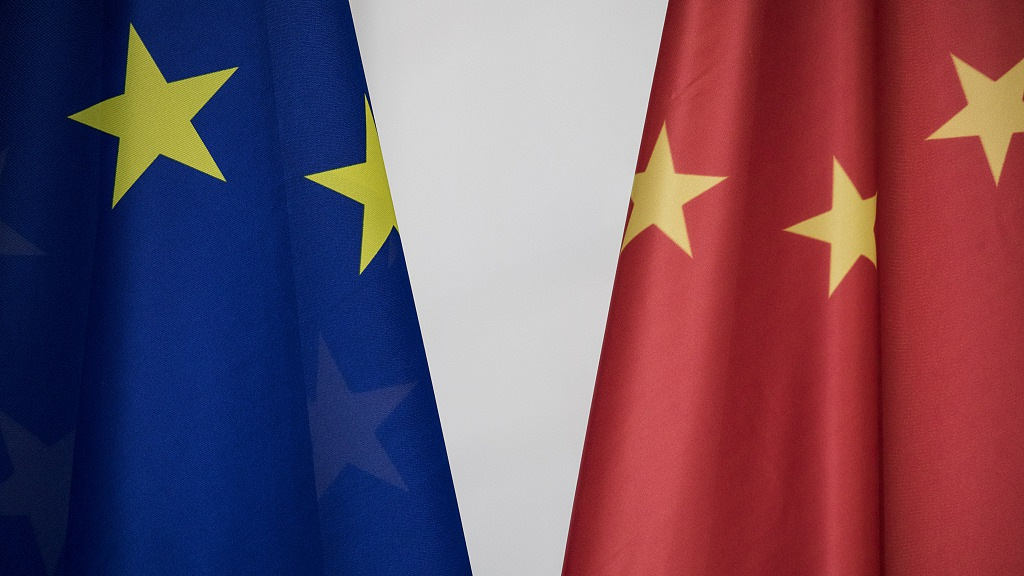 Tuesday commences the long-awaited China-EU summit, with China's Premier Li Keqiang traveling to Brussels on Monday where he will meet with President of the European Council Donald Tusk and President of the European Commission, Jean Claude Juncker. The build-up to the summit has received a great deal of press, particularly because a commission report several weeks prior branded Beijing as a “strategic rival” and urged member states to a take a tougher and more unified approach, with emphasis placed on economic-related issues such as market access and infrastructure procurement. These outstanding issues have left a great deal of speculation as to what the final result of the meeting will be.

Despite the hype of some US centric sources, the European Union is an institution is not looking to initiate an American style economic and strategic war against China. Instead, it is vouching as in all things it does to establish a “common approach” to align and uphold what is perceived as the best interests of the bloc.

Whilst this principle should be fundamentally respected, it is negligent of the bloc's own failures in respect to meeting the needs of its member states, thus opening the way for initiatives such as Belt and Road. Given this, Europe has a great deal to lose by closing the door on Beijing. China likewise should accordingly offer more to the bloc in upholding a positive and non-confrontation relationship.

As an institution, the European Union operates on a set of ideas that the continent should be unified in its approach to all things, taking a stand against the painful legacy of war, distrust, and division which peppered the continent's history. Unity is thus of paramount importance, the word “common” is thrust into the discourse of all things related to the institution, “common market,” “common travel area,” “common foreign policy” and so on.

Thus in inter-state diplomacy, it is an established institutional norm that members must work to establish a unified consensus, and that the singular concerns of a single state must not be allowed to disrupt the whole. As Britain has found out concerning Brexit, the bloc formed a largely unified position to defend their interests and single out London, giving them the upper hand in negotiations over the country's pending departure.

It is thus not surprising that owing to China's growing economic participation in Europe, that the commission aspires to establish, similar to other issues, a continent-wide position that member states can come together under in approaching Beijing. As detailed in the commission's report, it wants to perceive China in the lens of a “rival”, seeking to close down market access and reduce the scope for infrastructure procurement until equal concessions from Beijing are won. Some have attempted to describe this as a parallel move to those being taken from Washington across the Atlantic.

European Union states, however, are far from a unified position on this. Whilst at the state level, this strategy is most strongly advocated by core EU leaders such as Emmanuel Macron and Angela Merkel, other states, particularly those in Southern Europe, have doubts. Only yesterday did the deputy Prime Minister of Greece state that an EU-wide approach to China must not harm the fundamental economic interests of their country. Italy, who recently joined the Belt and Road initiative is likely to feel similarly, as well as Portugal. To the East, again a number of countries are skeptical of closing the door China.

Why is this? It is because as much as the European Commission and the leading states of France and Germany advocate the ideals of EU unity, in practice the institution is a union of unequals. Talk of a “common approach” between states is a respectable mode of diplomacy, but it cannot compensate for the clear divergences in economic reality between each member state, not least since the Eurozone crisis of 2008 destroyed the economies of numerous countries in the bloc

The example of Greece and Italy tell a story about how these nations were punished in the interest of big, German-based, financial institutions; experiencing crippling recessions and eye-watering austerity. The north of the continent has recovered; the south has not, whilst the East still trails the west in terms of development. Faced with such grave economic challenges, it is only natural that many member states have seen logic and value in reaching eastwards to China for new opportunities.

In this case, Europe has a great deal to lose by shutting the door on China. Whilst such a move should be more accommodating to the economic and strategic interests of both France and Germany, it would be ultimately to the detriment of most of the others. Europe's lackluster economy as a whole cannot afford to shut out such investment. It is worth considering that the continent's own trade tensions with the United States are not over yet either, which could easily accumulate into a pushing economic conflict on two frontiers.

Therefore, whilst the European Union has every right to defend its own interests, it must avoid trigger happy approaches to China and inflicting self-punishing moves on itself. Rather than portraying Beijing's role as aggression or expansionism, it must recognize how its own failures have led member states to turn to China out of simple economic self-interest. Similarly, Beijing should work hard to keep the door open to Europe, offer economic concessions and ensure that is a relationship upheld by moderation than rivalry.