OPINIONS Europe should not sleepwalk into another world war

Europe should not sleepwalk into another world war 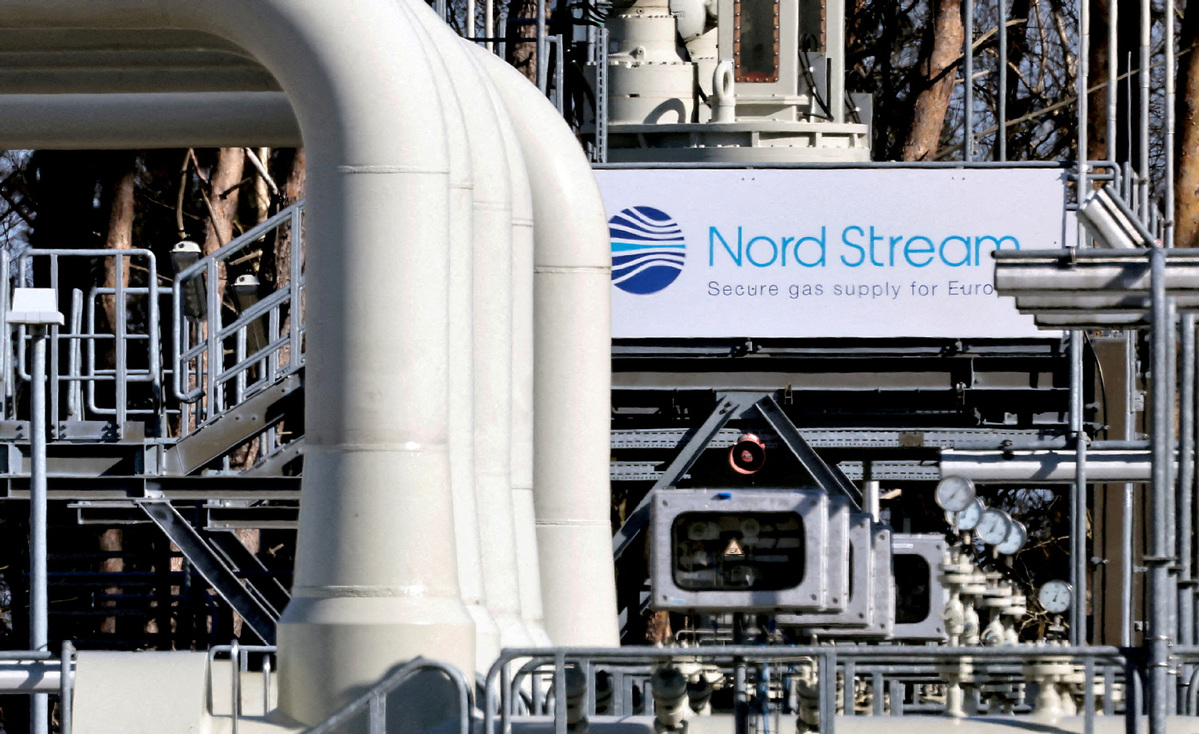 Pipes at the landfall facilities of the Nord Stream 1 gas pipeline are pictured in Lubmin, Germany, March 8, 2022. [Photo: Agencies]

The Russia-Ukraine conflict shows no sign of easing largely due to a lack of diplomatic efforts by, and political will of, countries involved to help the two sides resolve their differences. In particular, the developments over the past few days should worry everyone, for the conflict could further intensify, even spread beyond the two countries' borders.

The suspected sabotage of Russia's Nord Stream pipeline, detected on Monday, is still being investigated. Yet those responsible for the alleged sabotage might have caused a major escalation in the conflict.

The implication of the incident is serious, because an energy expert I talked with on Wednesday voiced deep concern about its negative impact on the prospect of European energy security and economic growth. Germany, the largest European Union economy, will take the biggest hit.

The environmental impact should not be underestimated either, because experts say that methane rising from the sea surface into the atmosphere contributes massively to the greenhouse effect.

There is also the urgent issue of the security and safety of the Zaporizhzhia nuclear power plant in Ukraine, where a colossal nuclear disaster could happen given the continuous fighting between the two sides. In fact, at the opening of the general conference of the International Atomic Energy Agency on Monday, which I covered via video link, Director General Rafael Grossi said that the issue has become the agency's top priority.

Throughout my 46 months in Europe, I have marveled at the European Project and the Schengen visa-free area, which have made national borders less contentious. I hope the same success could be repeated in East Asia, where countries are still haunted by the legacy of past wars.

But I have also been overwhelmed by the countless World War I and World War II memorials, monuments and cemeteries and the fact that both started in Europe and claimed tens of millions of lives. What has been happening in Europe during the last seven months should warn everyone that they, god forbid, could trigger another world war in Europe.

I'm saying this because the countries involved seem to have become blind to reason and less compromising. Also, the diplomatic efforts in the early months of the conflict have been often accused of appeasing one party or the other.

Some people I have talked with recently linked the Russia-Ukraine conflict to the "historical rivalry" of countries in the region. While some US and European politicians and political experts talked about a face-saving ramp-off for both sides, the "politically correct" rhetoric in the West today is about defeating Russia, albeit many admit this can't be achieved easily, if ever.

The Russia-Ukraine conflict has largely turned into a proxy war between Russia and the United States-led NATO. There is no doubt that Ukrainians will continue to suffer the most if the conflict is prolonged. Russians will suffer dearly, too. The same applies for Europeans, given the soaring energy prices, high inflation and looming economic recession. Not to mention the EU countries' ambitious green transition.

But what is often ignored amid all this is the suffering of the people in the rest of the world, especially in poor developing nations, where soaring energy prices, a looming food crisis and slowing economy are gradually becoming an existential threat.

China has called for respecting all countries' sovereignty and territorial integrity, and urged that the legitimate security concerns of all countries be taken seriously.

Could all parties involved give peace a chance? For dialogue is the only way to find a peaceful resolution to the conflict, and prevent another world war before it's too late.