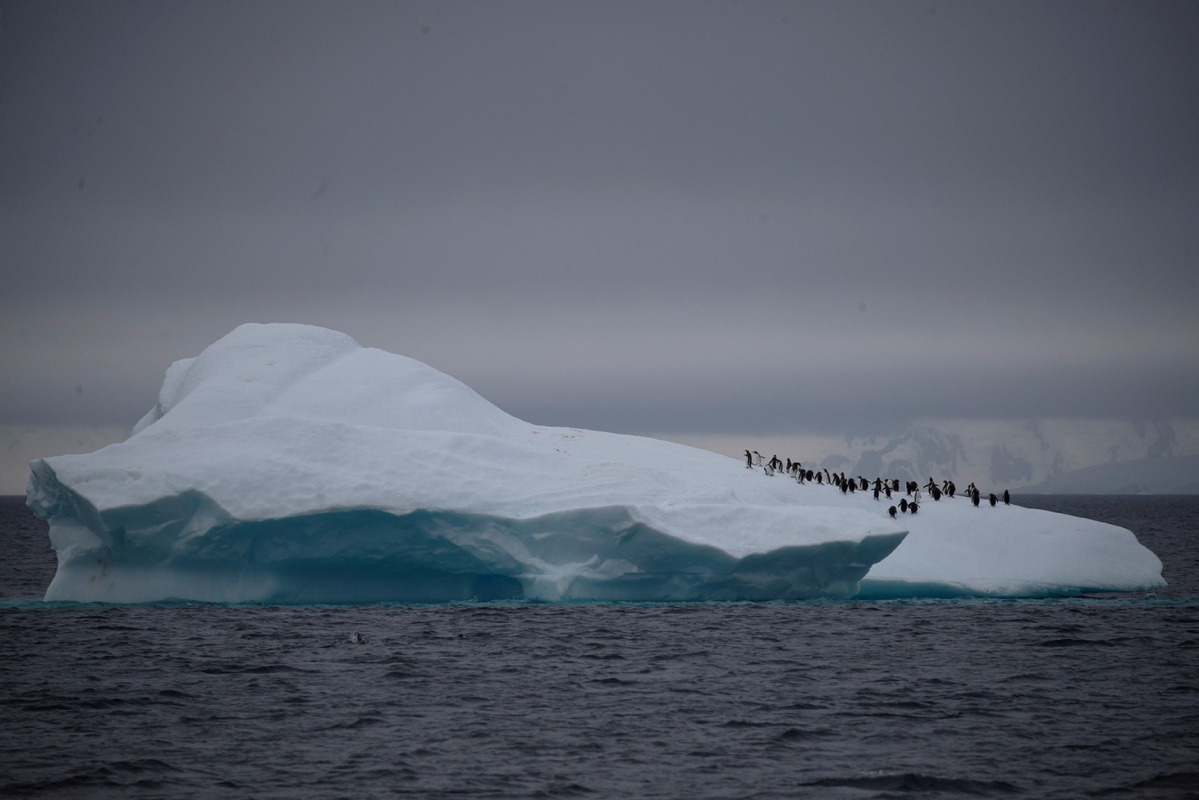 A group of chinstrap penguins walk on top of an iceberg floating near Lemaire Channel, Antarctica on Feb 6, 2020. (Photo: Agencies)

The planet is indeed on "red alert" as United Nations Secretary-General Antonio Guterres said on Friday. Not least because the climate action policies of most countries will not come close to meeting the goals of the Paris Agreement.

The UN secretary-general described 2021 as the "make or break year" following the release of a UN Framework Convention on Climate Change report, which analyzed the updated action plans submitted by 75 nations ahead of November's COP26 climate summit. The current policies were found not to meet the goals of the Paris Agreement.

With the current policies, it will not be possible to halt global warming to below 2 C, preferably 1.5 C, compared to pre-industrial levels, by the end of the century to avoid the worst impacts of climate change.

According to the UN Intergovernmental Panel on Climate Change, CO2 emissions must be reduced by about 45 percent by 2030 from the 2010 level and reach net zero by 2050 to ensure this temperature limit goal is reached.

More extreme weather conditions such as heat waves, worse droughts and rainfall, snow storms and wildfires will likely take place more frequently if a lack of efforts by all countries makes it impossible to meet the goal, according to experts.

Indeed, heat waves are more frequent all over the world than before. Wildfires have become common in more parts of the world, so have extreme low temperatures. And, more often than not, people are caught unawares by extreme weather conditions.

That is not enough. No wonder the UN secretary-general called on major emitters to increase their efforts to reduce emissions and use the COVID-19 pandemic recovery as a chance to "build back greener and better".

China's State Council, the country's cabinet, has recently issued a guideline aimed at accelerating the development of a green and low-carbon economic system.

As an important contributor to the adoption of the Paris Agreement and an active participator in its implementation, China has been walking its talk by committing itself to tackling climate change. The country has vowed to peak carbon dioxide emissions before 2030 and achieve carbon neutrality before 2060.

It is extremely hard for China to reach these goals as it is still in the stage of industrialization and urbanization. But the Chinese government is confident it will be able to honor these pledges by developing low carbon industries such as renewable energies, smart power grids and new energy vehicles.

What China is doing can be an inspirational precedent for the rest of the world.