OPINIONS Exemplary punishment must for makers of faulty drugs

Exemplary punishment must for makers of faulty drugs

Although Changsheng immediately recalled the entire vaccine stock and said that no one contracted rabies or was harmed after receiving the vaccine, the scandal has triggered widespread concern about drug safety in China, and is sending ripples across society. 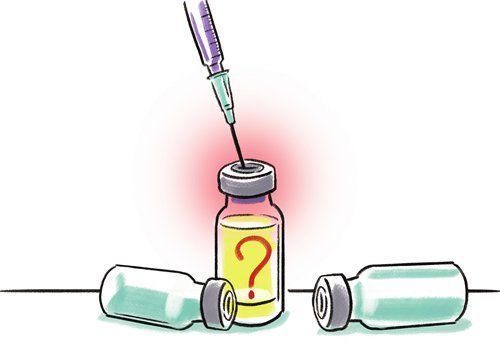 Fraud is the No.1 enemy of customers. The jousting between authorities and counterfeiters will never end, and the government should spare no effort in protecting customers' rights and prevent such scandals from repeating.

The pharmaceutical industry is about the safety of life and must be treated with utmost care. Authorities must invest abundant resources and carry out intense scrutiny of the drug market to safeguard people's lives.

An effective rabies vaccine will save a patient's life. Thus, Changsheng's act directly threatens the lives of those who receive the vaccine.

Changsheng's fraud was discovered in a surprise inspection. Authorities inspected samples without informing the firm in advance and detected the fraud.

In 2006, China Food and Drug Administration introduced regulations on surprise inspections. Such an inspection, which entails heavy expenses, has only been carried out in the pharmaceutical industry so far, highlighting the importance the central government attaches to drug safety.

The scandal reminds us of the need for harder punishment to faulty drug makers. It is not the first time that Changsheng has been found violating rules. The company was criticized on November 3, 2017 for its defective DPT vaccine.

In less than a year, the company has been thrust into media limelight again for fraud. This shows that previous penalties have not acted as deterrents. There should be exemplary punishment for such incorrigible firms.

This time, the administration has revoked Changsheng's Drug GMP Certificate. Whether the penalty is adequately deterrent is to be seen. China can draw on the experience of other countries and consider imposing punitive damages on violating companies - the defaulting firms, apart from the losses incurred, will have to pay a large amount of penalties for their misconduct.

The scandal is indeed bad news for China's drug safety record. But it's fortunate that the defective vaccine has been detected before being released to the market and apparently there have been no reports of people being harmed after receiving other vaccines produced by Changsheng.