OPINIONS Exercising of power must be proper

Exercising of power must be proper 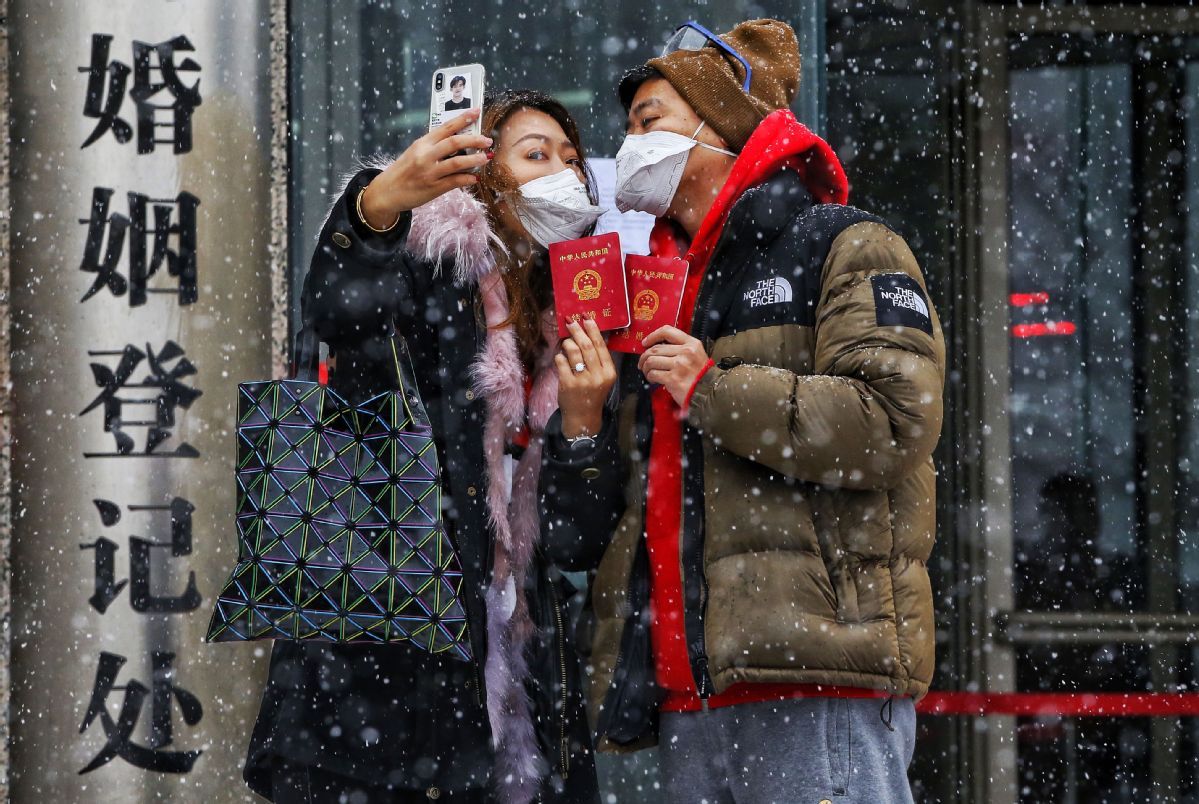 Newlyweds take a picture with their marriage certificates that they just received in front of the civil affairs bureau in Chaoyang district in Beijing on Feb 14, 2020. [Photo by Cao Boyuan/For China Daily]

In the Chinese language, May 20, or more specifically 520, sounds like "I love you" (wo ai ni). As a result, many see it as an ideal date to declare their love or for couples to register their marriage.

And about two weeks ago, the bureau of civil affairs in Pingjiang county in Hunan province and Kaili city in Guizhou province issued notices saying people will not be able to file for divorce on May 20.

The move sparked fierce debates on social networking sites, forcing the bureaus to withdraw the notices.

The two bureaus' move is especially surprising because most other bureaus choose to put in extra work on days that hold a special meaning, such as Feb 14(Valentine's Day) and July 7(7/7). People often acknowledge the efforts made by government offices, which employ more staff and dedicate additional time and energy to make the day memorable for lovers.

Some say the Pingjiang and Kaili civil affairs bureaus suspended the divorce registration because they expected huge numbers of couples to register their marriage on the day. Maybe, they wanted to keep the staff free to attend to the deluge of applications for marriage on that day.

However, it was wrong of them to do so. Their move might have prevented some couples from filing for divorce on that day, but it violated people's right to seek divorce on any day of their choice. According to the law, marriage registration bureaus should be open to the public on working days. They can at best urge people to not file for divorce on a day considered special by couples, but they cannot deny them their legal right to divorce.

Instead, to meet the increased load that day, the authorities could arrange for more hands, or extend the working hours. Denying some people their legal right to divorce is not an option.

It is good that the two bureaus have changed their mind. And we hope other government bureaus learn a lesson from the incident. Their power comes from the law and they must exercise that power legally.