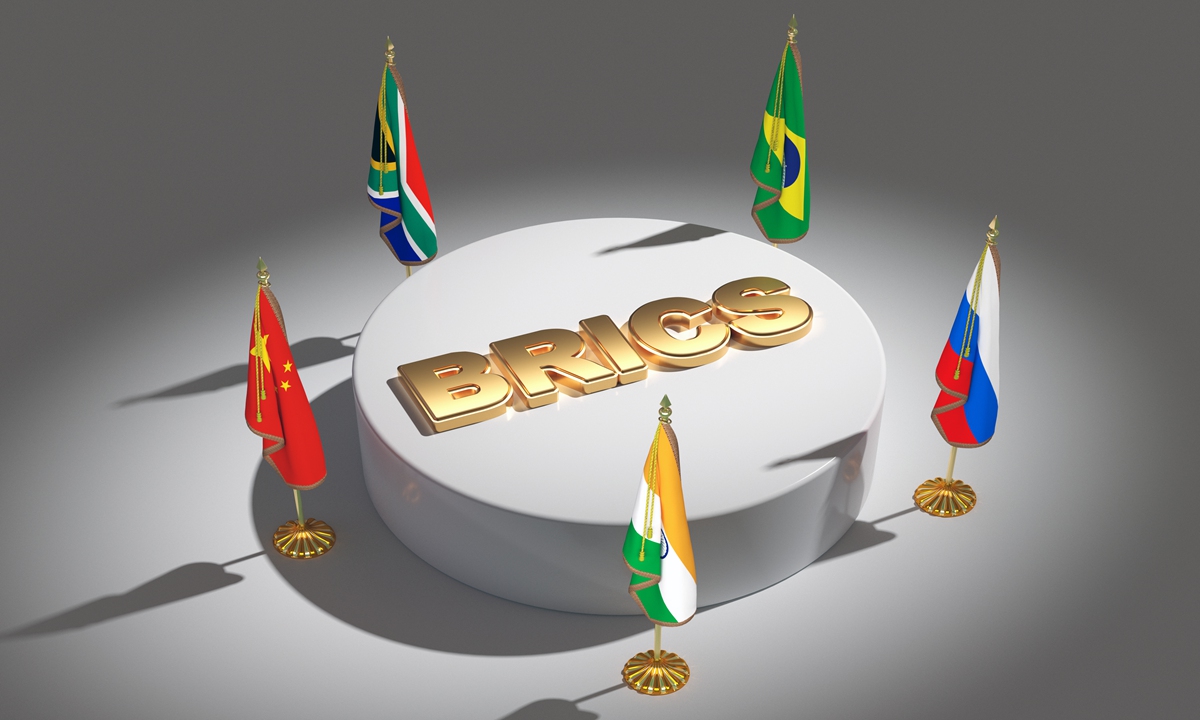 At a time when the world economy is facing serious challenges from a confluence of factors, including the COVID-19 pandemic, the Russia-Ukraine conflict and Western sanctions, many developing countries have shown a growing interest in joining BRICS, whose rising global profile has been largely overlooked by the West but is gaining popularity in the vast developing world.

At the recently concluded BRICS summit, the expansion of BRICS was one of the hottest topics among participants, especially those from outside the bloc. Observers believe if more countries join BRICS, the economic bloc's global profile will undoubtedly be further enhanced. More members will bring together more resources and industrial advantages, resulting in more cooperation opportunities, which will increase the economic complementarities of the BRICS network significantly.

Moreover, the increased economic strength of BRICS cooperation will better help developing countries collectively tackle various economic shocks caused by the hegemony and unilateralism of some developed countries, particularly the US, whose reckless foreign policymaking as well as inept and irresponsible domestic economic policymaking are causing havoc on the global economy, especially developing nations.

Take the global food crisis as an example. An expanded BRICS could have great potential when it comes to food supply cooperation among developing countries. Argentina, which has applied to join the BRICS, is the world's biggest soybean oil and meal exporter, the second largest corn exporter, and a key global supplier of wheat. Russia is the world's largest wheat exporter; Brazil is the world's top producer and exporter of soybean; and India is one of the world's largest rice exporting countries. And China is a major importer in the international grain market.

Likewise, in terms of energy cooperation, an expanded BRICS would also be stronger in coping with global risks. Russia and Iran, which has applied to join the BRICS, are the world's major oil producers, while China and India are major importers of crude. Also, both China and India have made significant progress when it comes to the development of the renewable energy. The participation of more countries to BRICS would bring more cooperation opportunities and enable BRICS to have a bigger influence on global energy markets in the future.

Admittedly, while there are great prospects for an expanded BRICS, there is still long way to go for members in coordinating and establishing new mechanisms to not only bolster intra-bloc cooperation on a wide-range of areas clearly identified by a series of documents, including the recently adopted Beijing Declaration, but also expand cooperation with other emerging market economies and developing countries.

Moreover, for BRICS to lead and coordinate cooperation in the developing world, a great deal of groundwork is necessary in a long list of areas, including financial payment systems, currency swap arrangements, coordination of resource reserves.

However, the daunting tasks ahead do not mean the mission is not worth pursuing. In fact, with all that's going on in the world, a more united and stronger developing world against Western dominance and exploitation led by the US is worth striving for more than ever.