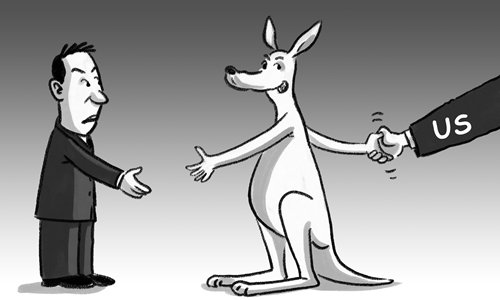 With the federal election year approaching, Australian Prime Minister Scott Morrison and Foreign Minister Marise Payne have repeatedly called for improvement of Sino-Australian relations. Going by what they said earlier and in view of the elections getting closer, quite a few Chinese scholars have questioned their sincerity, suspecting that seeking to mend fences with Beijing is an expedient move by the ruling party's leaders to woo voters from Australian business, agriculture and animal husbandry sectors who can benefit from economic cooperation between the two countries. They worry that China's affirmative response will only allow Australian politicians to take advantage of Beijing for political gains. If that is the case, it will not help the two sides achieve lasting and healthy relations; it will also be unfair to other political parties participating in the Australian vote. China's goodwill and trust shouldn't be used for nefarious designs by unscrupulous Australian politicians.

China and Australia have every reason to become good partners in regional cooperation in the Asia-Pacific. The countries depend on each other economically to a very large extent. Politically, both governments and people hope to strengthen exchanges and cooperation to promote good governance in the Asia-Pacific, UN reform and global environmental protection.

As "de-globalization" and trade protectionism are on the rise, the two countries hold similar positions and share common interests in promoting global trade liberalization. In terms of regional security, both Beijing and Canberra believe in efforts to maintain the hard-won peace, stability and prosperity in the Asia-Pacific.

In recent years, China-Australia relations have suffered, often frustrated by US-Australia ties as well as the US-Australia military alliance. Australia has followed the US in repeatedly thwarting China's bid at investment on grounds of security. After US officials and departments expressed concerns about security in Australia, the government launched a campaign of "spy hunting" and even accused Chinese students of espionage. After the US government attacked Chinese telecom firms, Australia banned Huawei from participating in its 5G rollout.

Australia has long claimed a special relationship with the US, by virtue of which Canberra can enjoy more political and economic privileges in the international community. The US is the most important economic partner of Australia. Its investment in Australia amounts to nearly $1 trillion, more than nine times that of China. Actually, Washington has stakes in many Australian mines, farms and large enterprises. Given the US' strong political influence on the Down Under, it is also said that without Washington's support no Australian prime minister can be in office for long.

China understands the significance of the US for Australia and never asks Australia for preference over the US Beijing's only expectation is that Australia will not develop bilateral relations with any other country at the cost of undermining Sino-Australian ties or acting against the interests of Chinese people, which is a basic principle of contemporary international relations.

The fundamental factor affecting Sino-Australian relations are not the apparent "disputes" between the two countries, but the concern whether Australia attaches significance to the healthy and lasting development of bilateral ties. If the attempt to improve relations is only superficial to meet the exigencies of the times, it may work in the short term, but will damage trust in the long run.