OPINIONS Expert: GDP growth is stable and within expectations

Expert: GDP growth is stable and within expectations 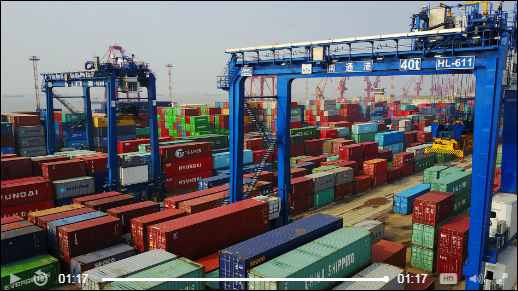 China's National Bureau of Statistics has released economic performance data for the first three quarters of this year. The country’s GDP expanded 6.7 percent year on year over that period. In the third quarter, its GDP rose by 6.5 percent, slightly lower than the first and second quarters, which were at 6.8 and 6.7 percent, respectively.

“I think it is totally within our expectations,” Qu Qiang, assistant director of the International Monetary Institute at Renmin University of China, said of the rate. He believes the slight slowdown in GDP growth is natural for the development of an economy like China.

“I think it's a normal momentum. We've seen bigger economies, more advanced economies doing even worse with bigger fluctuations compared to China's status quo. That is within our expectation. No worries about that.”

Qu cited the auto industry as an example. There was a time when China was poor and few families could afford a car. As the country's economy develops, it's normal for a Chinese family to have one or two cars. The change means millions of cars have been sold all over the country - huge profits were made and the growth rate skyrocketed for the industry.

But now, when almost every family owns one or two cars, we can't expect them to buy the third or fourth within a few years. That rule applies to many industries, and that's why the country's economy will naturally slow down.

China is experiencing even more complicated situations than other economies. It is facing external impact like trade conflicts with the United States and tries to restructure the economy within the country in what is called "supply-side reform."

Economic growth in the country has relied on production in the past 40 years. China in the past didn't have high technology or value-added surplus. Without leading technologies and unique intellectual property rights, the country did not obtain huge profits. What China did was scale up production. "What we did was to produce more socks, T-shirts, maybe one million, 10 million, maybe billions of it. All of them were low-end products. That is good at the very beginning because we didn't have the tech and we needed more employment," said Qu.

As the world factory, China has become a world-leading economy. But as the country's economy develops, when the world is filled with low-end products, supply-side reform is needed. Production can't be the solution. “If we continue to do this, we would do damage to the environment. We would waste a lot of energy and resources. Meanwhile, since we have so many low-end products, the total price for what is made in China would stay in the very low [range]. That's the reason why we're [going through with] supply-side reform.”

The reform is not easy. While transitioning from low-end production to investing in high-tech sectors, the economic growth of the country will be less than rapid. However, the country as a whole has to move upward. Just as Qu said, “There are some pains in the stage we need to suffer, but it's a must we have to do.”