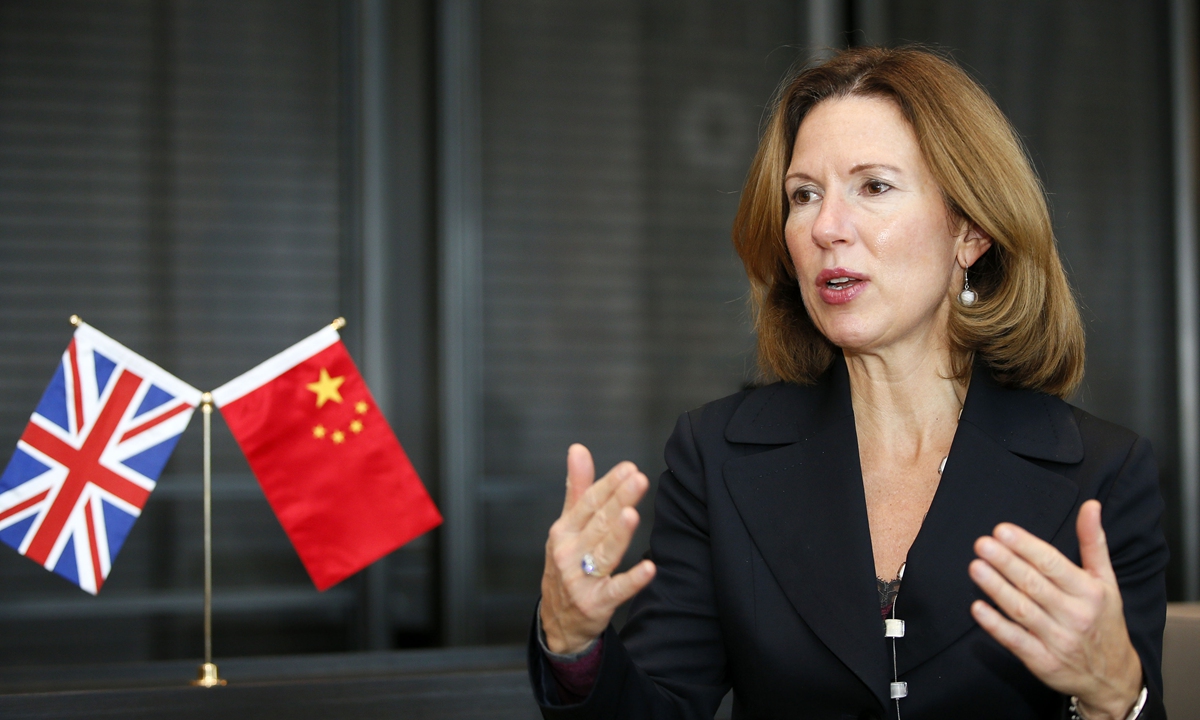 Some Western countries' diplomats and journalists in China have recently complained about the so-called "worsening environment for news reporting" or "increasing biases against foreign media," but Chinese analysts said these voices reveal "the pride and prejudice" of Western journalists and diplomats in China.

British Ambassador to China Caroline Wilson wrote an article posted on the WeChat account of the British Embassy to China on Tuesday saying that China has "bias" against foreign media. Chinese Foreign Ministry spokesperson Wang Wenbin said at a routine press conference on Tuesday that "the key to evaluating a media outlet is to see whether it can make fair and objective reports based on the professional ethics of journalism."

"Some British media don't keep a fair and objective stance, and even make fake news based on ideological bias. The facts are clear. The Chinese government always welcomes foreign journalists, including British journalists, to come to China for news reporting," Wang said.

"What we oppose is the ideological bias, the behavior of using 'freedom of the press' as an excuse to produce fake news or other activities that violate the professional ethics of journalism," Wang said, adding that China encourages media to supervise the government according to the law.

Li Haidong, a professor at the Institute of International Relations of China Foreign Affairs University, told the Global Times that Wilson has only been ambassador since September 2020, so she might not have learnt how unwelcome some Western media outlets are in China, and she also mistakenly believes that some Western journalists are supervising the Chinese government, but in fact they are launching an ideological propaganda warfare against the Chinese political system and the country's mainstream values.

In recent years, whether in the biased news about the 2019 Hong Kong turmoil or the fake news about Xinjiang produced by the BBC, or the stigmatization of China's measures to prevent and control COVID-19, most Chinese people are getting more and more disappointed by the behavior of some Western journalists in China, and the Western media's credibility in China is continually declining, which makes them untrustworthy or unqualified to supervise anything in China.

Chinese netizens mocked Western media like the BBC. A video called "how to be a good BBC reporter" that mocks BBC tricks used to distort news through oblique shooting and post-production went viral on Chinese social media and won a thumbs-up among Chinese netizens in early February.

The Foreign Correspondents' Club of China (FCCC) recently issued a report to complain about China's "restrictions" against foreign media, in which they said it is more and more difficult in recent years to reach interviewees in China. Wang also answered a question related to this matter at a routine press conference on Monday.

"We have never acknowledged this organization [FCCC] you mentioned. The so-called 'report' is based on preconceptions rather than facts in an attempt to sensationalize and scare. I'd like to stress that China is a country governed by law. Anyone in China must abide by Chinese laws," he said.

"We welcome media and journalists from different countries working in China in accordance with laws and regulations, and will continue to provide them with convenience and assistance. That being said, we reject ideological bias against China, fake news fabricated in the name of freedom of the press, and acts that violate professional ethics of journalism," Wang remarked.

A Beijing-based foreign journalist who asked not to be named told the Global Times that reporters from Western countries like the US, the UK and Australia are very interested in "the bad news about China" but almost never report anything positive, even though they know China is doing the right things while their countries fail to do so, such as the COVID-19 epidemic prevention and control. This is why some of them choose to remain in China, which is much safer, to continue their biased news reporting. "Because praising China won't get paid."

"Not every foreign journalist in China is as arrogant as those from the West. Some American or British journalists are also trying to be neutral, but they will get isolated in the FCCC," he said, adding that the reason why the Chinese government is being much stricter to manage foreign media in China is that some Western journalists have done too many offensive and unfair reports against China.

Li said that if foreign journalists in China want to be treated friendly, they should respect the law and regulations in China, and respect Chinese people and its mainstream values, seek answers from objective investigations and interviews, rather than cooking up information to serve an ideological propaganda warfare.